The purpose of this activity is to use a set of HIV sequence data to study sequence evolution. This HIV data will come from 15 different subjects and to study it we will begin by learning about the dataset then about the possible sources the subjects could have gotten infected from. 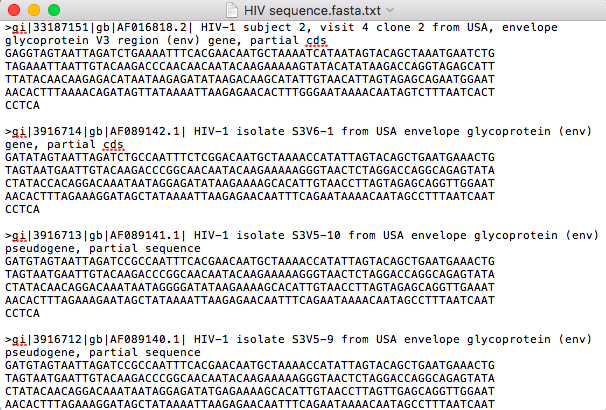 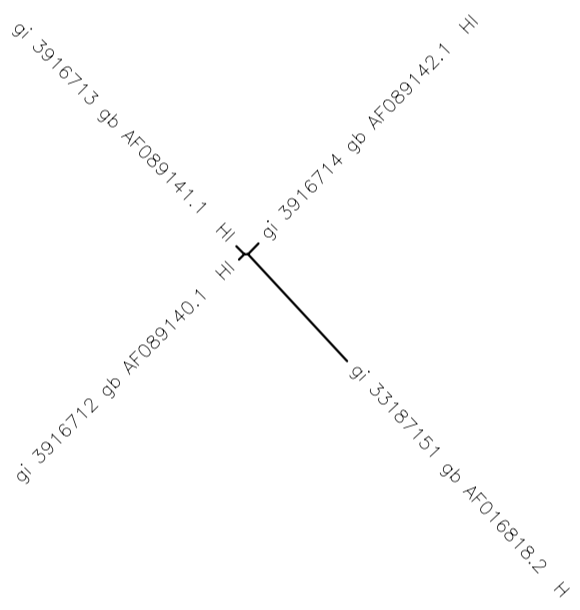 The tree created shows that three of the four sequences are very closely related as seen by the proximity to each other, while the fourth is quite different as seen by how far away it is. The three that are closest in relation are in fact from the same subject but different visits (subject 3). However, the non-similar one is from subject 2 on their 4th visit. Also, gi 3916713 and gi 3916712 are both from the same subject and the same visit (visit 5) and may be the two that are the most similar, although it is difficult to tell from the tree. This fulfilled the purpose because by learning how to create this tree and see how each sequence is connected we were able to study some aspects of sequence evolution.

This work was done with help from my homework partner, Courtney Merriam in class and with the help of our professor; Dr. Dahlquist. While I worked with the people noted above, this individual journal entry was completed by me and not copied from another source.