From the models developed in the previous weeks, results can now be analyzed to draw conclusions on these gene networking systems. In addition, a new idea for an in silico experiment is to be proposed as the next step.

Tweaking the Model and Analyzing the Results

For our initial runs, we estimated all three parameters w, P, and b.

For our initial runs, we included all three microarray datasets, wt, Δgln3, and Δhap4.

When viewing the modeling results in GRNsight, you may determine that one or more genes in the network does not appear to be doing much.

You also might think that a particular edge (regulatory relationship) is not needed. What happens if you delete that edge?

What happens if you include the t90 and t120 expression data?

A Powerpoint presentation was created to present the project from Week 4-present. This was done in collaboration with Sahil and will be presented on Tuesday, March 26. The presentation can be found under the "Data and Files" section.

The expression plots of each individual gene produced from the MATLAB run were analyzed and revealed the following. The plots can be found in the course Box, linked in the "Data and Files" section.

The actual data was compared to the simulated data using GRNsight and revealed the following:

Table 1. Number of incoming arrows to each node, ANOVA Benjamini & Hochberg corrected p-values, and gene expression based on the heat map presented at each gene's node. The GRNsight model used can be seen in Figure 1. 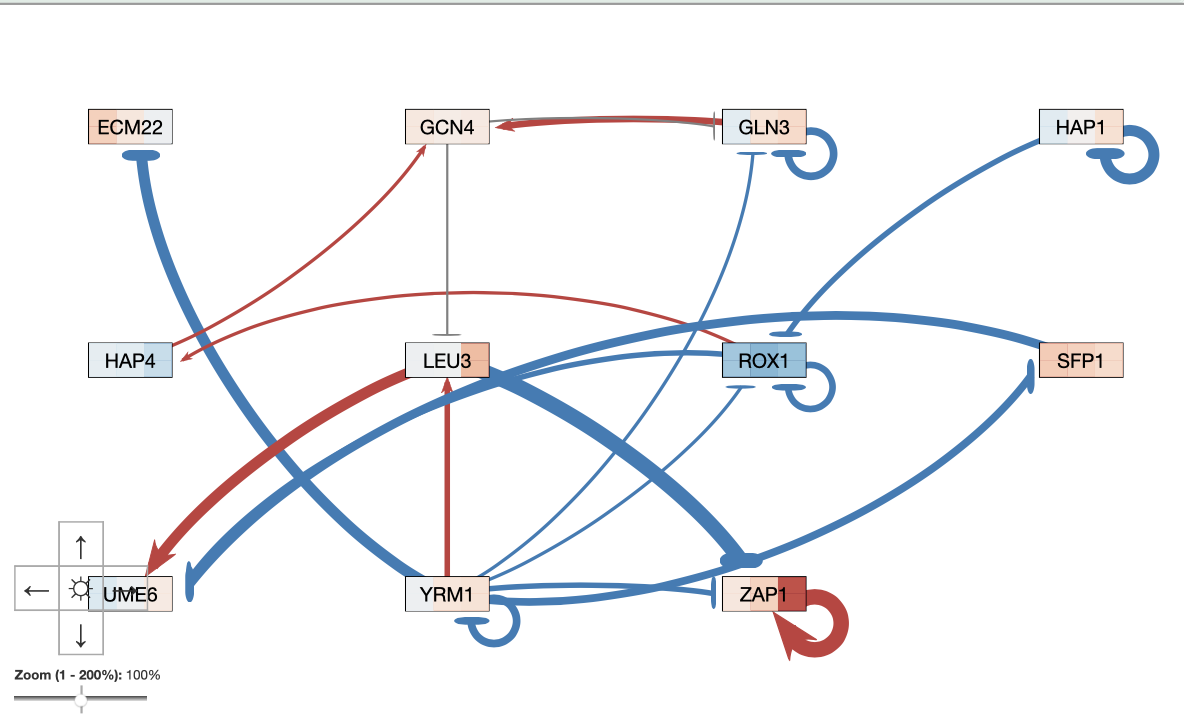 Figure 1. GRNsight map developed using the Excel output file. The top and bottom data sets were set to "wt_log2_expression" and the average replicate values were used. 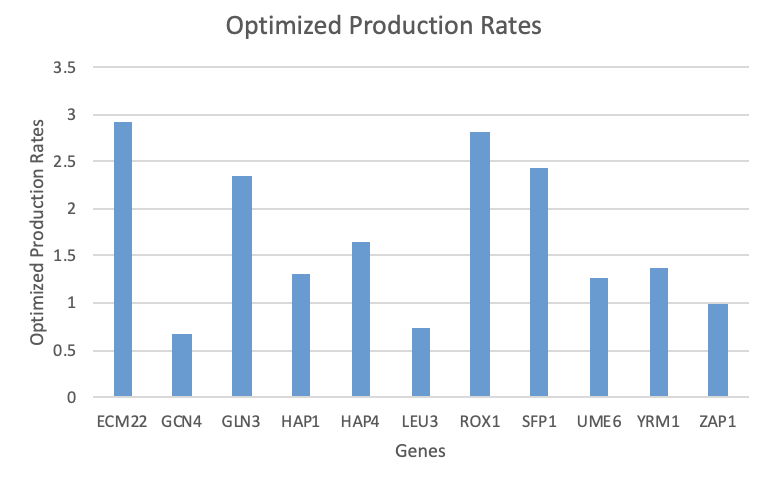 Figure 1. Optimized production rates for each gene as given in the Excel output workbook. 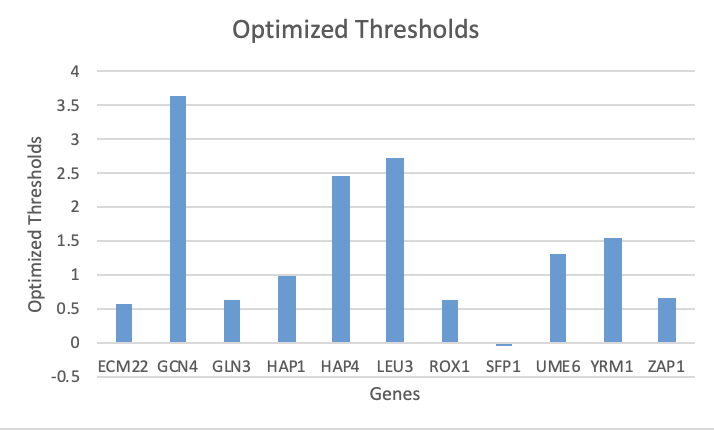 Figure 2. Optimized thresholds for each gene as given in the Excel output workbook.

Overall, there does not seem to be anything about these parameters that correlates to the goodness of fit found when analyzing the individual expression plots.

For an upcoming in silico experiment, my homework partner Sahil and I decided to see what would happen if we didn't delete the nodes that weren't connected to anything from the "network" worksheet. The genes ARR1 and SMP1 were deleted from the original network (Week 4/5) because they appeared to be floating when input into GRNsight. However I would like to see if keeping these would impact the current findings, as the decision to delete these was based only on their appearance on GRNsight. I do not actually know for fact how insignificant these are to the network.

UPDATE (3/7/2019): After guidance from Dr. Dahlquist and Dr. Fitzpatrick in class on 3/7, it was decided that the in silico experiment described above may not produce any interesting findings. After discussing and analyzing the current gene map with Dr. Dahlquist, a new in silico experiment was proposed. Since the only grey lines in the map are coming out of GCN4, it may be interesting to see if deleting these relationships would create an impact. The "network" sheet in the GRNmap input Excel file was edited so that the two "1"s in the GCN4 column were set to "0". This new file was then run and the results were saved in the class Box folder as a "wt_in_silico" folder (linked in "Data and Files" section).

After analyzing the models created from the previous weeks using the individual expression plots and GRNsight, the goodness of fit of the outcome models to the data was evaluated. The LSE:minLSE ratio was determined to be 1.5738, and the individual expression plots showed that some genes had better fits than others. The line of dhap4 consistently did not match the data points, and all the lines in GCN4 were off from the data. However these findings could be skewed due to the fact that the location of some lines is unknown. In some of the plots, only two lines were visible, making it impossible to know which lines the remaining ones were behind. Overall, these findings did not seem to correlate to any patterns in the optimized production rates or threshold parameters. Lastly, the future in silico experiment chosen was to delete the relationship that GCN4 has with both GLN3 and LEU3 due to these being the only grey lines on the gene map.

I worked with my homework partner, Sahil. We texted a few times on 3/6 to decide which change to make for our in silico experiment. We also met for about 3 hours on Wednesday 3/20 to work on the Powerpoint presentation and communicated through text that day to finalize and polish it.

I also used Dr. Dahlquist and Dr. Fitzpatrick's help in class when we started the assignment on 3/5.

Except for what is noted above, this individual journal entry was completed by me and not copied from another source. Angela C Abarquez (talk) 21:12, 6 March 2019 (PST)

The Week 7 Assignment was used to create this journal entry. Specifically, the "Analyzing Results of First Model Run" and "Tweaking the Model and Analyzing Results" sections were used to describe the methods.