To analyze the output obtained through the GRNmap analysis and propose in silico experiments to further study the data and gene expression.

Tweaking the Model: Deletion of ZAP1

Table 3. Total weights of activation and repression, and Benjamini and Hochberg p-values for each gene 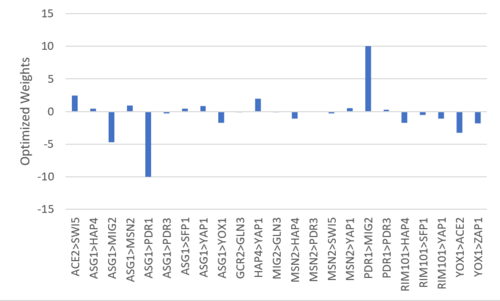 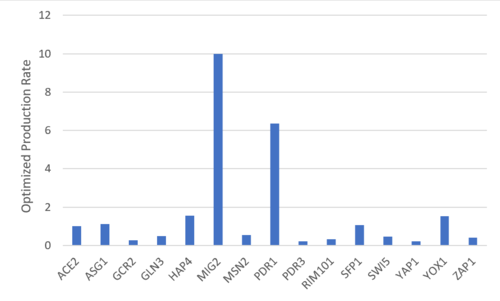 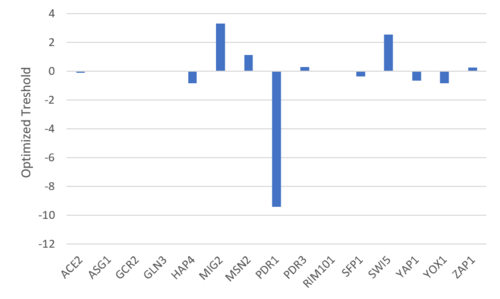 Figure 3. Bar chart depicting the optimized thresholds for each gene.

Table 4. Comparison of the number of nodes, edges, and LSE:min LSE ratios for the control data set and the -ZAP data set 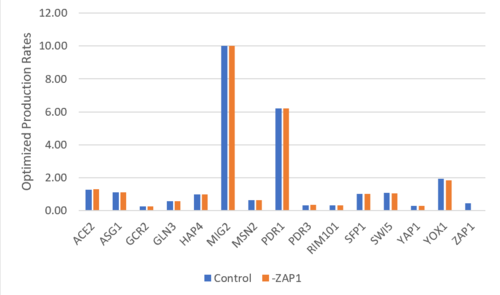 Figure 4. Bar chart depicting the optimized production rates for each gene. The control data set was compared to the data set where ZAP1 was excluded. 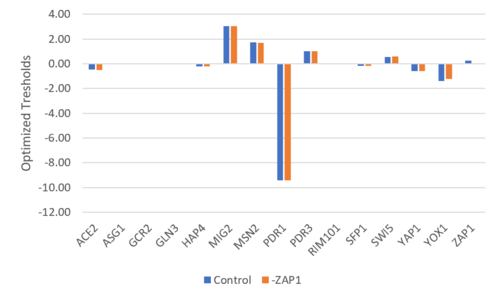 Figure 5. Bar chart depicting the optimized thresholds for each gene. The control data set was compared to the data set where ZAP1 was excluded. 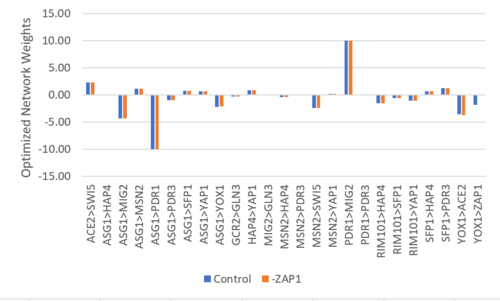 Figure 6. Bar chart depicting the optimized network weights for each gene. The control data set was compared to the data set where ZAP1 was excluded.

The purpose of this assignment was to analyze the regulatory matrix in GRNmap and evaluate how well the outcome model fit our data. The GRNmap produced a model with a LSE:minLSE ratio of 1.551 and it appeared that the model fit certain genes better than others (Table 1 & 2), however it is undetermined as to why as these consistencies did not correlate with any parameter trends. It was proposed that the deletion of ZAP1 from the regulatory matrix would improve the model as it only makes a single connection (being regulated by YOX1) and seems to consistently model poorly. A control data set was also run for comparison purposes, where the dZAP1 expression data sheet was deleted, but the ZAP1 estimates remained. While the model did improve, the improvement was minimal (change in LSE:minLSE=0.05). It remains undetermined as to why there was a slight improvement in the fit of the model as there do not to seem to be any correlations to the parameters (Figures 4, 5, & 6), or the number of nodes and edges (Table 4).

Overall, it is likely that ASG1, MIG2, and PDR1 have an important role in transcriptional regulation during cold shock. ASG1 regulated the most genes in the regulatroy matrix generated in GRNmap, adn is known to be an activator of stress response genes in fatty acid utilization. This gene has been found to be required for the full activation of genes involved in gluconeogenesis, B-oxidation, glyoxylate cycle, triacylglycerol breakdown, and peroxisomal transport (Jansuriyakul et al., 2016). MIG2 had the highest threshold, meaning that it is not always on, and the highest production during cold shock. This genes is known to have a role in glucose repression, and represses genes required to metabolize poor-carbon sources when glucose is present (Karunanithi & Cullen, 2012). Lastly, PDR1 was the most repressed target, but the strongest activator (of MIG2). It is a Pleiotrophic Drug Resistance gene, and is known to be involved in membrane permeability. This may be important during cold shock as the fluidity of the membrane decreases in low temperatures (Balzi et al., 2987).

-Texted a few times to compare data and clarify aspects of the assignment.