To practice additional bioinformatics techniques through online tools like Biology Workbench and GenBank and to sequence several HIV and conduct an experiment on the relation between variants of HIV.

Referring to the tree below (Figure A). There seems to be even divergence between the selected samples and there is little relation between the samples, resulting in the star-shaped output observed. 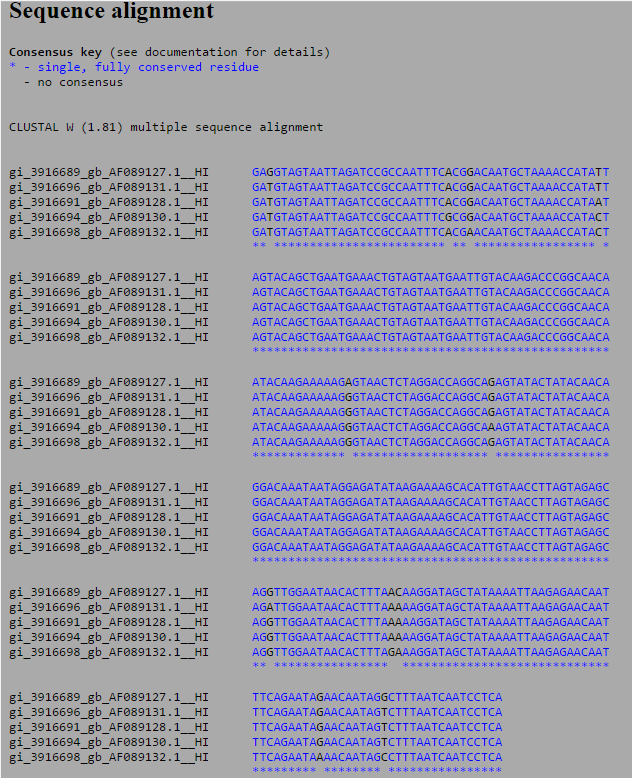 The data cultivated in the assignment yielded no clear relationship. The pertinence of this result is that the result was important for practice of new bioinformatic tools.

accumulation of mutations, but changes in the types of mutations that provide the best survivorship.

Sequence of the env Gene 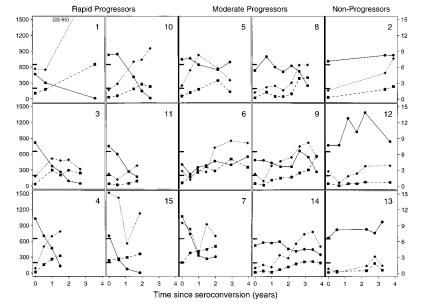 The paper addresses prior models of HIV progression by supporting the typical characteristics of HIV-immune system response relationships. (The higher the pressure the greater the variation).

Some limitations included the fact that they didn't physically conduct the study and were using bioinformatic techniques and relied on the data of others. They overcame this by conducting a very thorough and specific covering of HIV.