The purpose of this activity is to become familiar with ClustalW and to practice using the Biology Workbench. This activity also served as an opportunity to work with the paper that we will ultimately be using for journal club next week. 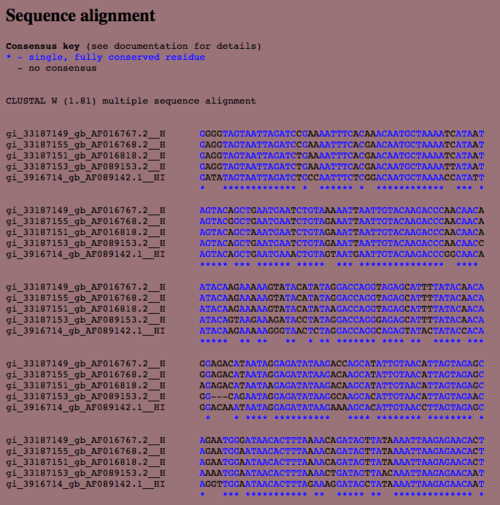 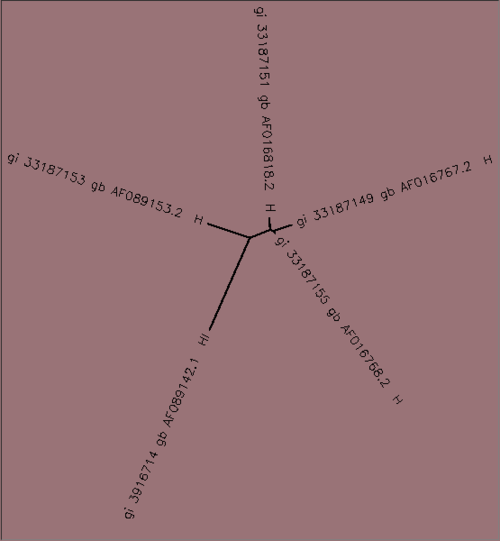 The procedures outlined in Activity 1 of the Exploring HIV Evolution: An Opportunity for Research outlined the process of analyzing nucleic acid data from a published paper using publicly available resources such as Biology Workbench and ClustalW. Because the next few weeks of this lab will be focused on researching the envelope protein of HIV, it is essential that the data provided by other researchers is easily accessed and used, a lesson that this activity clearly outlined. Furthermore, by creating an account and using resources such as ClustalW in Biology Workbench, we gained familiarity with using online tools for nucleic acid sequence analysis. The ClustalW trees provide insight about which strains are more closely related to each other. This is determined by analyzing the length of the lines connecting each of the strains where the longer the internal branch, the less related the strains are. Ultimately, this activity met its purpose to set up the lab for the following weeks of HIV research and introducing us to different tools we may find useful as we try to analyze data presented in Markham et al., 2016.

Thank you Avery Vernon-Moore for working with me on the procedures outlined above. While I worked with the people noted above, this individual journal entry was completed by me and not copied from another source. -- Anindita Varshneya 02:09, 18 September 2016 (EDT)