From OpenWetWare
< User:Nuri Purswani
Jump to navigationJump to search
Algorithms for Biological Network Reconstruction from data

Gene regulatory networks consist of interacting species, that influence each other in complex ways. Biological data collection from microarray experiments has proved to be challenging task, given the large number of species that need to be measured. Even with recent advances and improved tools for genetic analysis, it is impossible to measure the contribution from every species, which makes biological networks harder to infer. These unmeasured species are commonly described as "hidden variables". These include: the presence of unknown regulatory molecules, degradation of mRNA and protein levels and influences from other genes that have not been measured in a given experiment. The aim of this project is to evaluate the performance of a subset of selected available in silico methods for biological network reconstruction from data. The analysis will provide the user with an overview of the relative capabilities of some of the current methods available, with specific emphasis to the type of data input they require and their performance under different simulated conditions.

Simulations were implemented in MATLAB. The two methods of comparison were:

The input datasets were the following in silico network topologies: 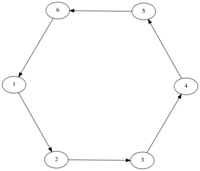 The comparison should serve as a guide to the user, who may wish to select a suitable method to analyse his/her data. The method by Gonçalves and Warnick requires the datasets to be in a particular input format (see Methods) that is not available experimentally. For this reason, we have based the comparisons on in silico implementations although future plans of the group are to test their algorithm on the DREAM datasets, so it is still work in progress.

More work is needed to truly asess the relative performance of both methods. Preliminary simulation results from in silico experiments suggest that the robust control method with steady state measurements is able to recover boolean network structure at a higher sensitivity and specificity than the bayesian inference method with a time series. In addition, we were unable to recover network interactions in the absence of a step disturbance at each individual node, which suggests that an input at every node is necessary to be able to reliably infer network structure. With Gaussian noise, both methods were unable to recover the network topologies. This implies that the input disturbance is necessary to be able to fully reconstruct the network. Future work is necessary to explore this question further.

Recommendations for the user: At present, the robust control method needs further validation, so it cannot be used directly on real datasets, since it requires experiments to be performed in a specific way. Provided that these experimental criteria have been met, if the user has steady state measurements, then the robust control method is a better option than the bayesian inference method. For time series measurements we still require further simulations for an accurate validation of the algorithms and our conclusions.