A) Which proteins are found in each of the four starting organisms?

C) What features of a protein make it colored?

D) What features of the amino acid sequence make a protein a particular color?

Certain amino acids must be in a specific position as follows: 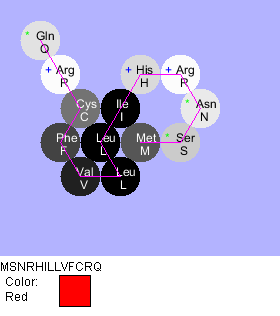 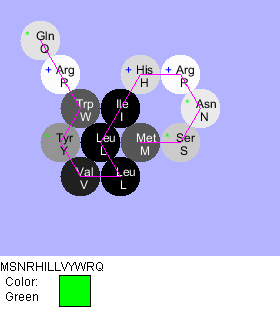 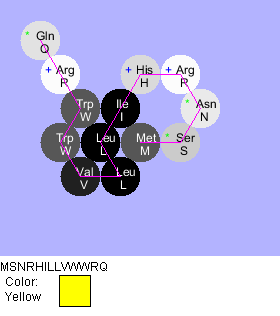 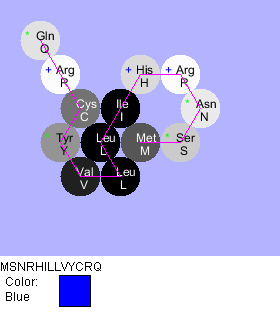 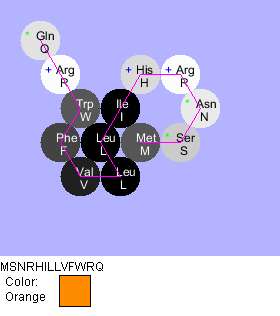 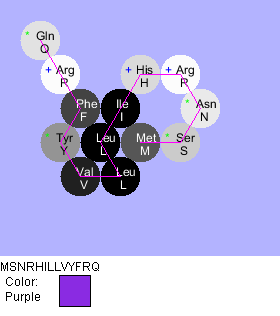 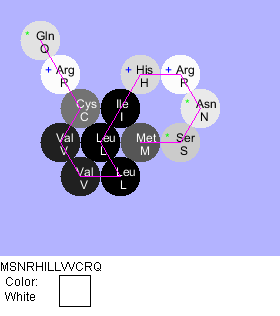 E)How do the colors combine to produce an overall color? How does this explain the genotype-phenotype rules you found in part (I)?

Proteins with different colors are expressed, however, the interaction of these could give a different overall color. This relates to the concept of incomplete dominance in genetics. some examples: 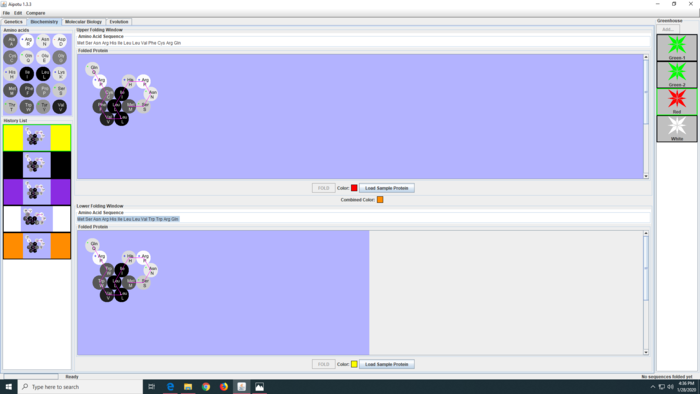 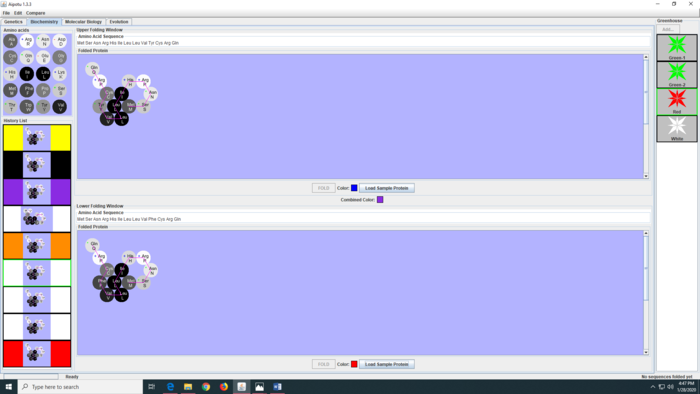 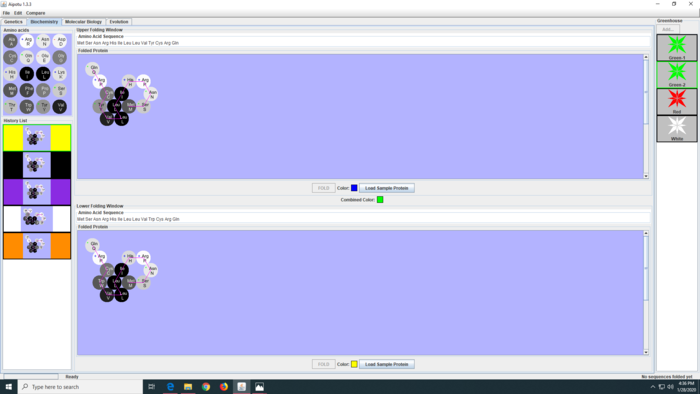 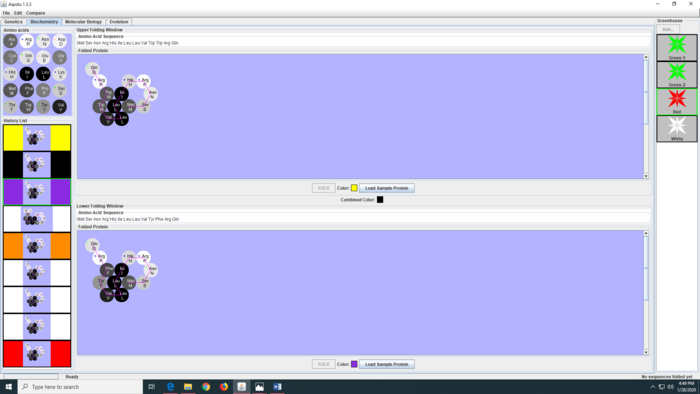 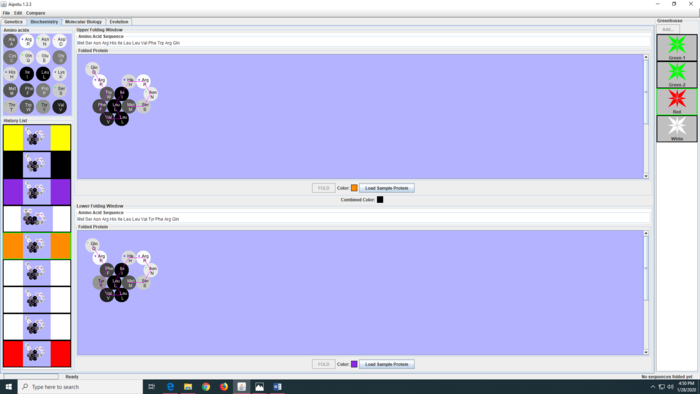 We were able to isolate a purple protein by modifying the amino acid sequence.