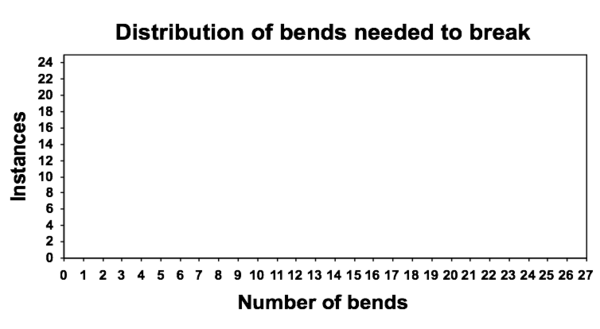 
The framework presented here is attributed to Reshma Shetty and the thesis work she has undertaken in the labs of Tom Knight and Drew Endy. She has developed a framework for characterizing transcription-based logic devices that we will modify to talk about system-level behavior. 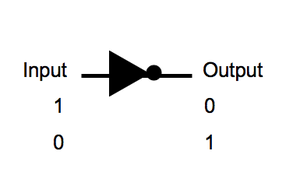 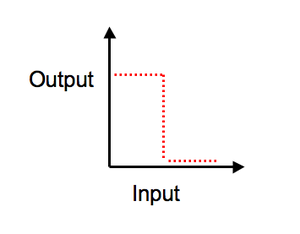 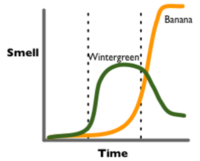 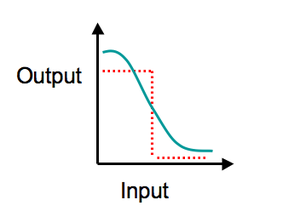 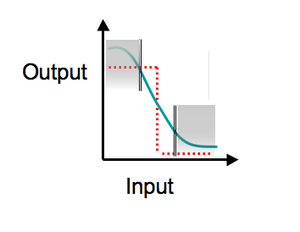 In your group you should consider the following 3 questions

Here’s a story that’s been passed from teacher to teacher: 2 students spend the night before their big final exam at a party and they end up sleeping through the test. They tell the teacher that a flat tire is what kept them from the exam and the teacher, seemingly gullible, lets them retake the exam in separate rooms. The exam has only one question: which tire?

Aye yay yay! Won't we ever get away from this Eau d'E coli project? Not yet! Take a close look at the device-level system diagram. You can't see all the underlying BioBrick parts (there are ~24 parts in total). If you were the designer of this system, do you think that the system would work if you just synthesized all the DNA as a single contiguous strand, transformed this new DNA into a cell, and let your genetic program rip!? Or, stated differently, what would be your next step if you tried to get everything working at once, and NOTHING HAPPENED, or, even worse, your engineered DNA killed the cell?