What do I already know about HIV?

HIV stands for human immunodeficiency virus. I know that HIV is a retrovirus that affects immune cells, specifically T cells. Viruses are non-living and need a host cell to carry out its replication process because they do not synthesize their own proteins. Retroviruses contain reverse transcriptase which synthesizes a c-DNA template from RNA. HIV infects the host cell. It then injects its genome from its capsid and uses reverse transcriptase to create a c-DNA template that it then incorperates into the host cells DNA. It then uses the host cell's machinery to replicate itself.

I used three sources to find a scholarly review article on HIV vaccine: pubmed, google scholar, and ISI web of knowledge. Of the three I found pubmed ISI to be the most useful databases. I liked pubmed for several different reasons. Firstly, as you type in a topic in the search it begins to list the potential topics or searches that you may want. This helped me to delve into the topic of HIV vaccines. Also, pubmed gives me a host of useful windows on the right side of the screen to enhance my search if I am not satisfied with the current search. One of these windows on the right conveniently links you to another search page that has only review articles on your topic. 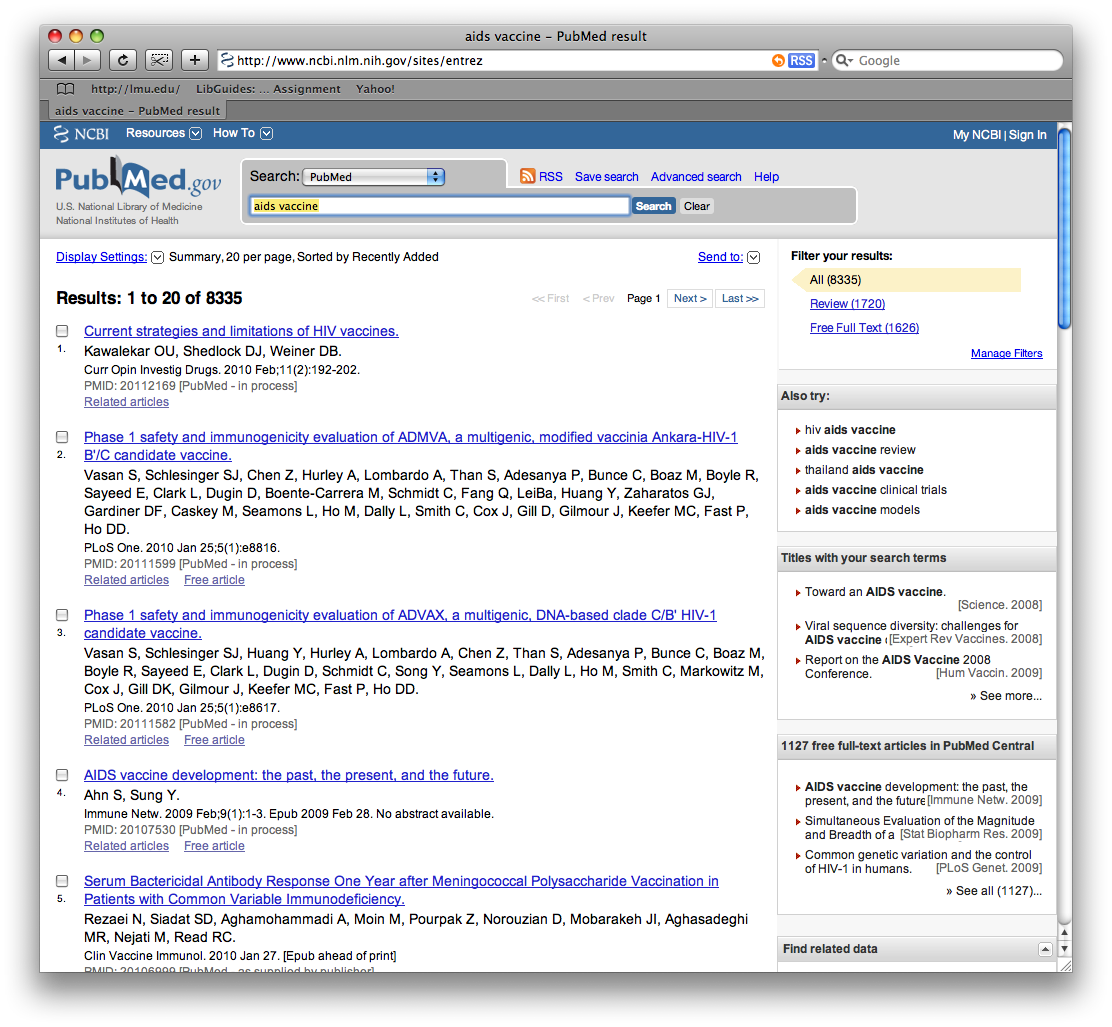 I also liked the search for ISI web of knowledge because on the left side of the screen there are many search refining options that are very straight forward and easy to use. In fact the way the site is structured is almost grounds for me to be more likely to use this website over pubmed depending on what articles I get from the two searches. 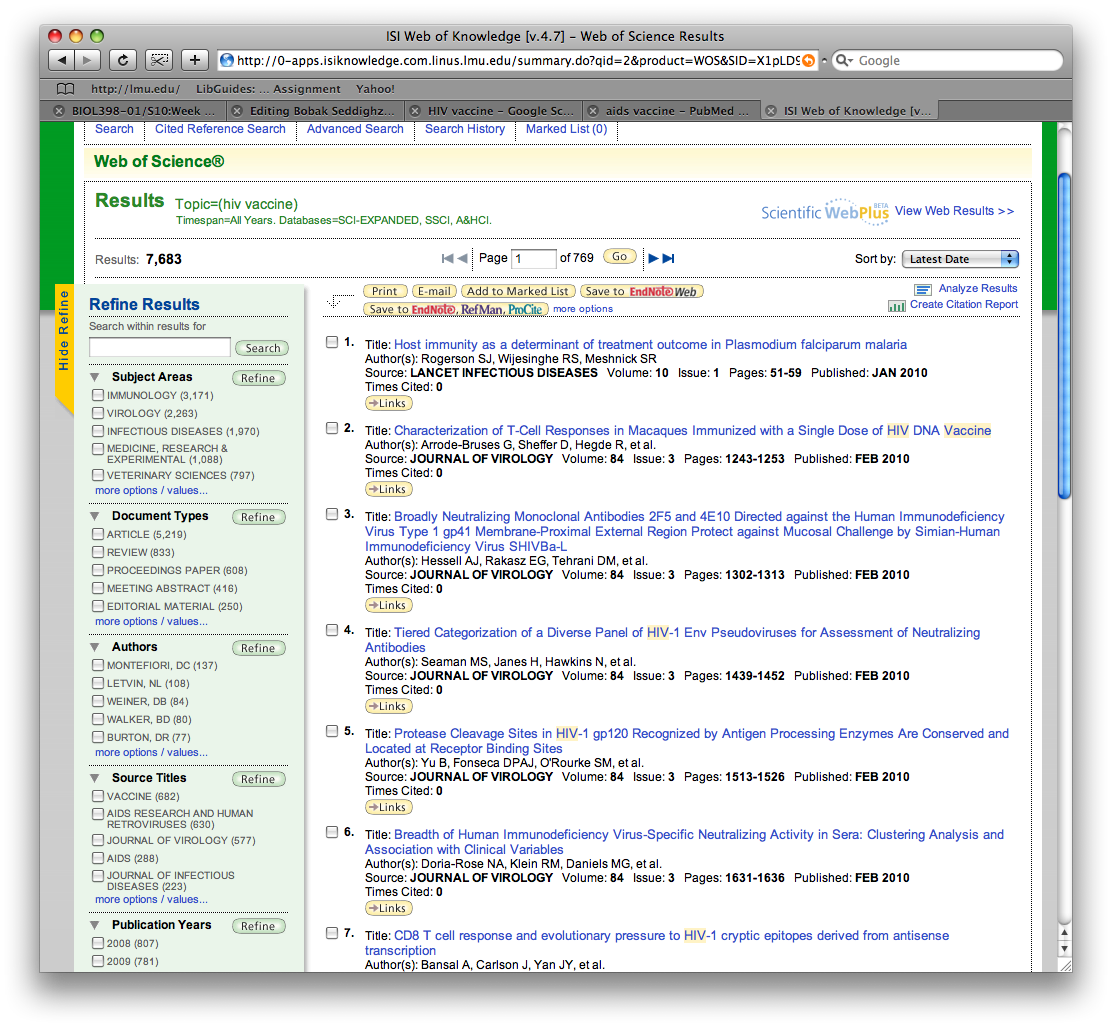 The reason I did not like google scholar as much was for the fact that it did not seem to have as many search and filter options. 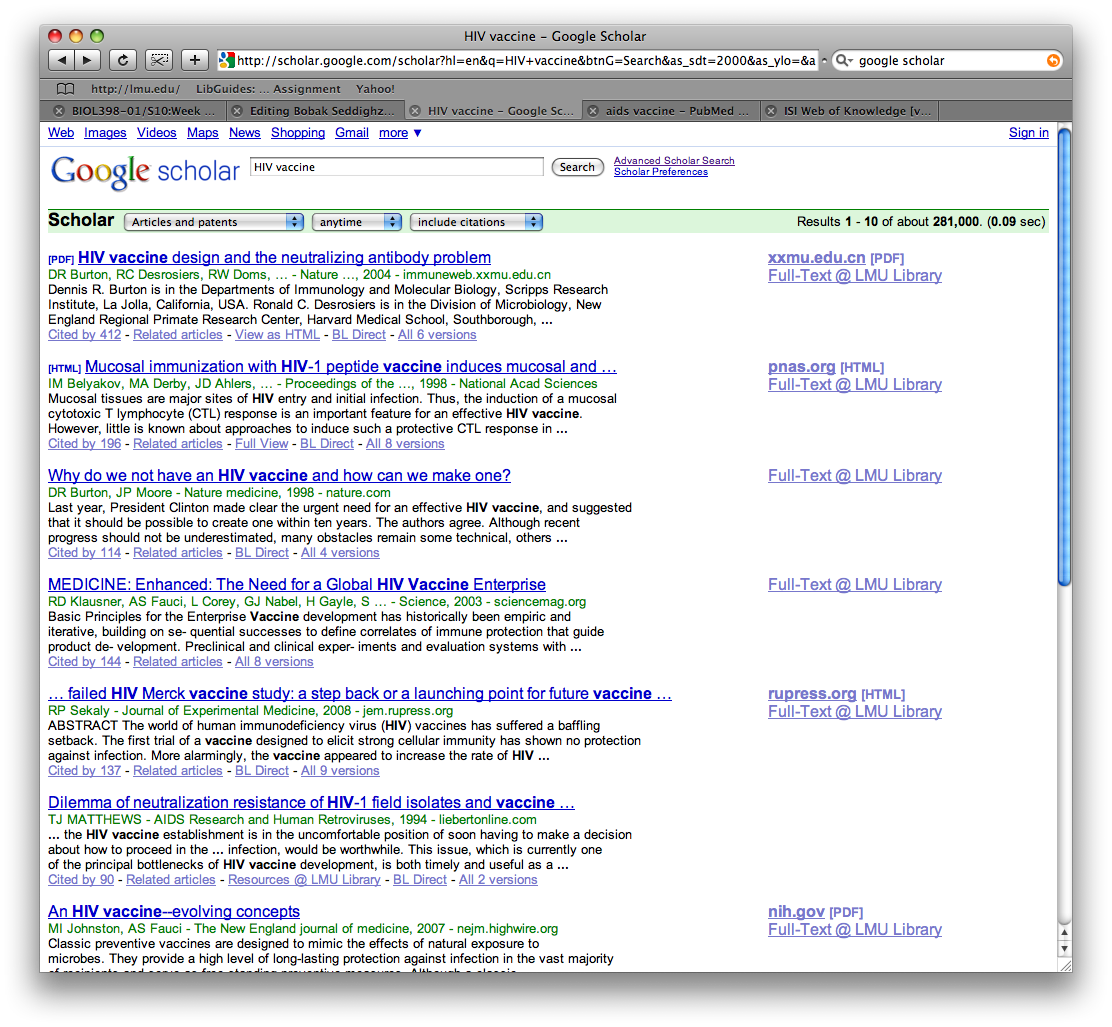 With respect to the search options, I got different articles for each of the general searches for HIV vaccine and I probably would not notice matches unless I refined my search even further.