The software on the Agilent BioAnalyzer 2100 automatically calculates an RNA integrity number to an eukaryote total RNA sample. The sample integrity is no longer determined by the ratio of the ribosomal bands, but by the entire electrophoretic trace of the RNA sample. RINs are calculated whether there is a presence or absence of degradation of a given sample. RIN is independent of sample concentration, however is based on characteristics of several regions of the electropherogram (signal areas, intensities, ratios).

If the software fines an unexpected peak or signal in certain critical regions, it will assign a RIN to a particular sample that has these anomalies. 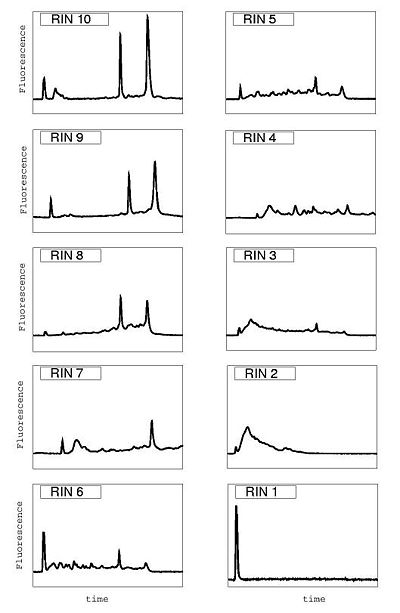 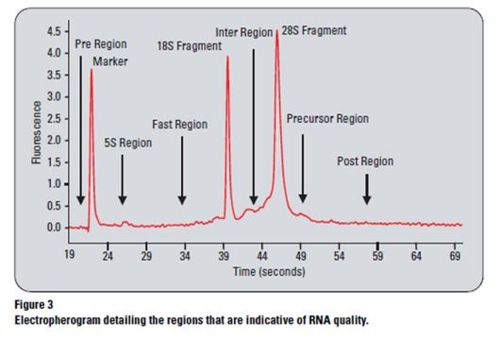