To start the exercise a molecular 3D viewer called StarBiochem was downloaded. In this exercise we observed the structure of hOGG1 which has a oxidized base ,changing the structure from guanine to 8-oxoguanine. To begin, I clicked the start button and then from the top menu I selected: select from samples within the Amino Acid/Proteins > Protein tab>“DNA glycosylase hOGG1 w/ DNA – H. sapiens (1EBM).”

From the NCBI Structure database I downloaded Cn3D. In the search engine I typed in “1ebm” which then allowed me access to view the DNA Glycosylase in the Cn3D program. Using the various menu options I was able to color the structure based on the different guidelines that were offered. 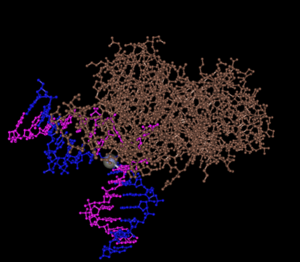 Figure 5. hoGG1 protein in the Cn3D program using the function of color coding by domain.