From OpenWetWare
Jump to navigationJump to search
BIOL368: Bioinformatics Laboratory

This page is a transcription of the DNA Glycosylase exercise found here.

In this exercise, you will explore the structure of a DNA repair protein found in most species, including bacteria. DNA repair proteins move along DNA strands, checking for mistakes or damage. DNA glycosylases, a specific type of DNA repair protein, recognize DNA bases that have been chemically altered and remove them, leaving a site in the DNA without a base. Other proteins then come along to fill in the missing DNA base.

We will explore the relationship between a protein’s structure and its function in a human DNA glycosylase called human 8-oxoguanine glycosylase (hOGG1).

We will begin this exercise by exploring the structure of hOGG1 using a molecular 3-D viewer called StarBiochem. In this particular structure, the repair protein is bound to a segment of DNA that has been damaged. We will first focus on the structure hOGG1 and then on how this protein interacts with DNA to repair a damaged DNA base.

You can switch from the ball-and-stick model to the space-filled model in StarBiochem by increasing the size of the atoms in the structure:

The Reference section contains a series of terms and useful information that you will refer to during this exercise. 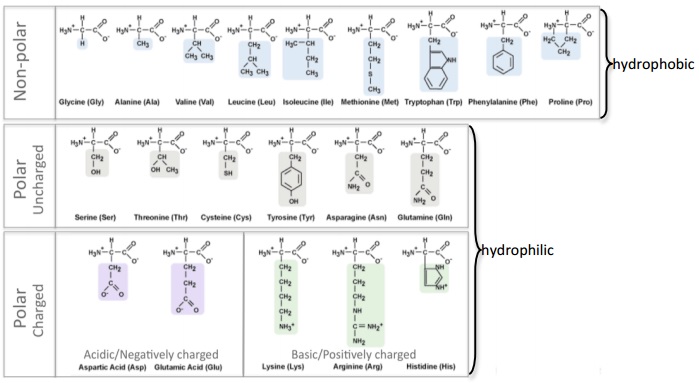