What do i know about the HIV virus?

I worked through the Bioinformatics for dummies book and immediately noticed several differences. The book itself begins with a brief introduction to the PubMED database including how to begin a query. The screen shots featured in the book were out of date, this is common as one aspect of Bioinformatics is the constantly evolving interface of databases. Secondly I ran through the sample queries it asks in the book, namely the search of the name Abergel and dUTPase together. In the book it cites that this will provide only one result which would in turn present the full abstract right away, however, since the publication there now yields two results. 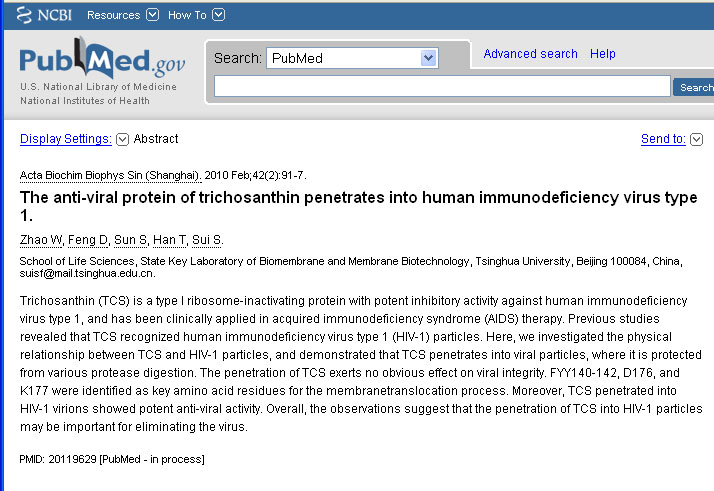 I felt that there were many ways to approach my comparisons between the databases. The first, as cited earlier was that PubMed did not have the full text available for the article I chose, however, this was available through Google Scholar and Web of Knowledge. Google Scholar was extremely easy to use as the article was found through the key words Human Immunodeficiency Virus Type 1 and additionally could be accessed by typing the name of the entire article. Web of Knowledge had a different query, extremely similar to literature databases, where you can type in Author searchs, Key words, and other through many search bars. While this gives the ability to be more comprehensive, it is not as user friendly as the queries from PubMed or Google Scholar. In order to best compare my results I used the same key word search (Human Immunodeficiency Virus Type 1)for Google Scholar and the ISI Web of ScienceThe following were the top ten results for each.

This experiment focussed on 15 individuals separated between the CDT4 T Cell decline. These were further separated into

Phylogenetic tree of evolution from subject 9. This is the results of taking viral samples presenting everything from the first visit to the last visit. This presented no predominent strain throughout the entire experiment. There is an x axis of time, each sequence that is different is given a branch. Every node of the tree means that those two where more closely related based on how far apart and how different they are from each other. The clones are all very close the main branch. This specific one was classified as moderate.

Phylogenetic tree of four other randomly selected subjects (5,7,8,14). Presents no single dominant strain, but "randomly" they showed all of the moderates.

back to KP Ramirez