My knowledge about HIV is a bit limited however in Infectious Diseases we did cover the basics of the disease. HIV is a retrovirus that is sexually transmitted. It's origin isn't completely known, but is believed to have started somewhere in Africa. It eventually causes immune system failure leading to death from some other disease that is contracted by the host. It was initially discovered when outbreaks of another disease healthy people could fight off started killing them. It also arose during the "free love" period from the 1960's-1970's thus causing almost epidemic outbreaks due to people having many partners. Essentially, the disease causes a significant drop in CD4+ T-Cells in the host, then the host creates more in an effort to replace them causing a bit of a dormant stage, the third step is a much more drastic decrease in the CD4+ T-Cells making the host highly susceptible to other diseases. Also, one interesting fact is that there is a specific immunity to HIV, and that was discovered in Africa from women who were not contracting the disease from men known to have it. While I can't remember what the exact dificiency is off the top of my head, I do know that it has to do with something in their blood cells (maybe related to sickle-cell anemia?). This seems very interesting becuase research could be done off this to potentially discover a cure for HIV. 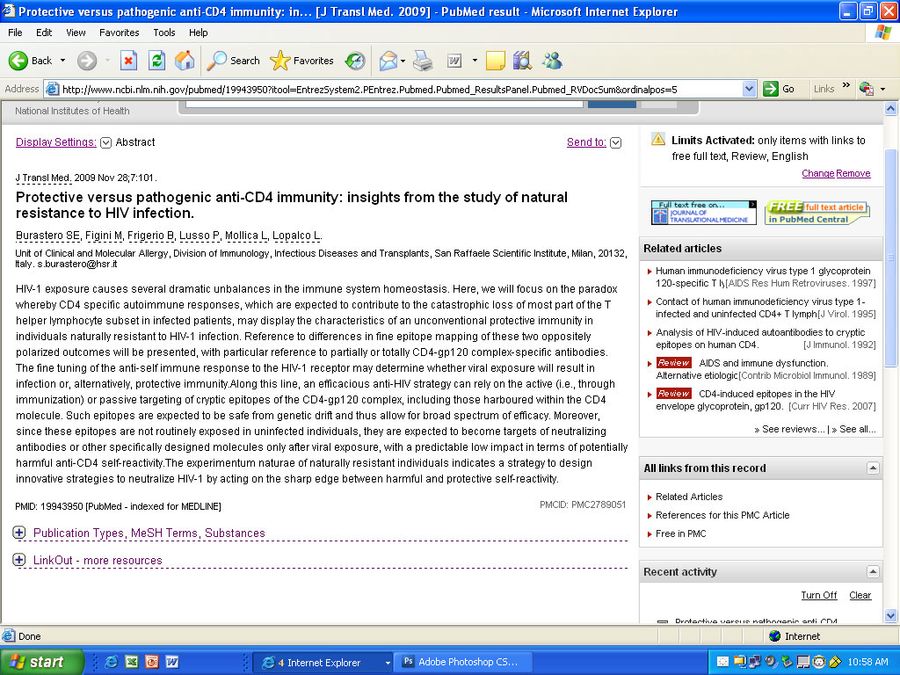 Comparison to Google Scholar and ISI

Results of Figures and Tables