THE BELOW NOTES REFER TO DATA THAT ARE REPORTED IN: Linares, D.L., Holcombe, A.O., & White, A.L. (in press) Where is the moving object now? Reports of instantaneous position show poor temporal precision (σ = 70 ms). Journal of Vision

Holcombe,White,Linares VSS 2008 poster on this topic, data below is subset i think

Temporal noise for every subject

These slopes are wrong for AH with buttonpress! 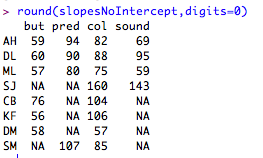 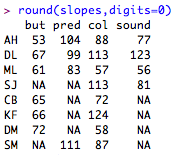 Buttonpress (sensorimotor synchronization) vs. other tasks

Yes for ML, AH, DL poster data, by 20-30 ms. This includes dot-crossing predictive task For data not in table above, DL in 3 different runs 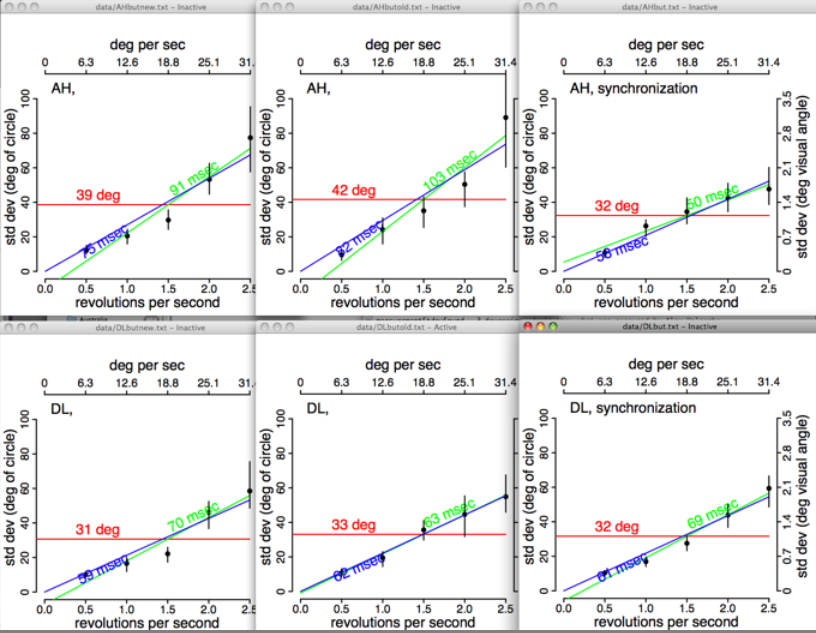 shows low temporal noise, and AH ended up with better temporal noise (i think this was partially a data analysis error; Dani has now fixed it)