"The activity of alkylhydroperoxide reductase (Ahp) is so high that, although H2O2 is formed endogenously inside aerobic E. coli at a rate of about 15 μM/s, the steady-state concentration does not exceed 20 nM."

"When these higher doses of H2O2 saturate Ahp, the H2O2 concentration rises beyond the 0.1 μM threshold for OxyR activation (48, 58). Catalase is strongly induced, and it becomes the primary scavenging enzyme. The katG-encoded catalase of E. coli exhibits a high Km, so it is not saturated by even millimolar doses of H2O2 (60). Importantly, because catalase dismutates H2O2, its turnover rate is not restricted by the availability of reducing equivalents."

"Exponentially growing E. coli contains about 20 μM dimeric cytoplasmic SOD. Given that the rate of O2− formation is approximately 5 μM/s in these cells, the outcome is that the steady-state level of O2− is restricted to approximately 0.1 nM (53)."

Diagram of the final mechanism 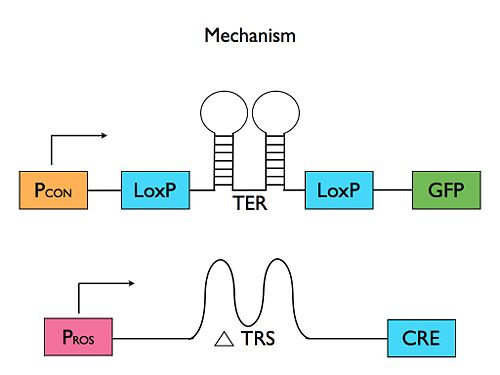