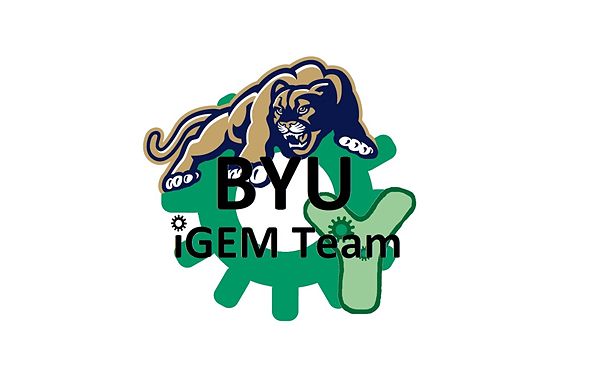 Please see the official Website of the BYU iGEM Team 2011 by clicking here.

In keeping with BYU's tradition of excellence, our team will represent BYU and all it stands for at the iGEM competition in Boston next year. This is now the second year that the Cougars will be competing at the iGEM competition. After making it to the World Championship Jamboree last year the BYU iGEM team has high expectations for the new team.

About iGEM and Synthetic Biology

As a relatively young field of science, Synthetic Biology is proving to be of considerable interest. Due to the nearly limitless diversification of life on earth, these organisms present a powerful framework for engineering complex chemical and biological processes. Synthetic Biology takes advantage of the processes already extant within living things while seeking to use, biological, chemical and engineering principles to develop new processes to solve pressing issues.

Some of the early achievements in Synthetic Biology are the engineering of E. coli to fluoresce different colors when exposed to UV light and bacterial production of human insulin. Since then, researches in labs the world over have been laboring extensively to generate organisms capable of detecting soil composition for agriculture, discovering and producing better pharmaceuticals and even generating energy. The ever-expanding potential of Synthetic Biology provides researchers the ability to work to solve real-world issues.

In 2003, the Massachusetts Institute of Technology (MIT) formed a class whose directive was to allow students to design their own biological systems. The following year, MIT expanded the course into an intercollegiate competition now known as the International Genetically Engineered Machine or iGEM.

One of the issues currently facing Synthetic Biology is the lack of standard parts in the synthesis of novel pathways. The iGEM competition seeks to rectify this problem by developing a databank of standard parts. These parts consist of genetic sequences that have proven useful in other Synthetic Biology projects. By developing such a databank, much of the gene identification and isolation in a project may be eliminated, thus speeding along the completion of a project

Over the years, this competition has grown substantially in participation and prestige. In 2010, iGEM welcomed 130 teams from all over the world. In 2011, BYU's first year, there were 165 teams in 3 regions participating in this international competition.