To get the figure shown below, the script was altered so that instead of the min value between (y/(K+y)) and z/(M+z)); the products of the two previously mentioned functions were taken. 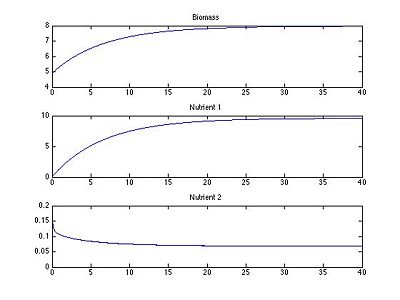 The three graphs produced by MATLAB with the various functions with regards to the feed rate.

To go back to my Individual Page

I changed the script by taking the product of (y/(K+y)) and z/(M+z)) (instead of taking their minimum value)/. 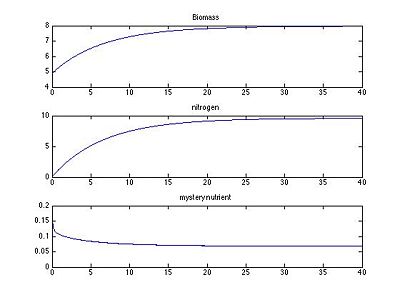 Using the scripts and functions of MATLAB, we produce three plots with different feed rates.

To go back to my Individual Week 4 Journal Page 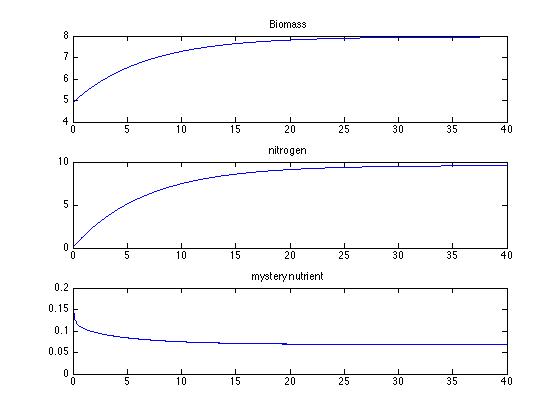 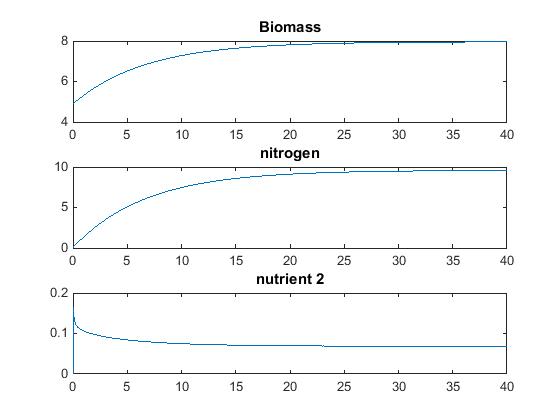 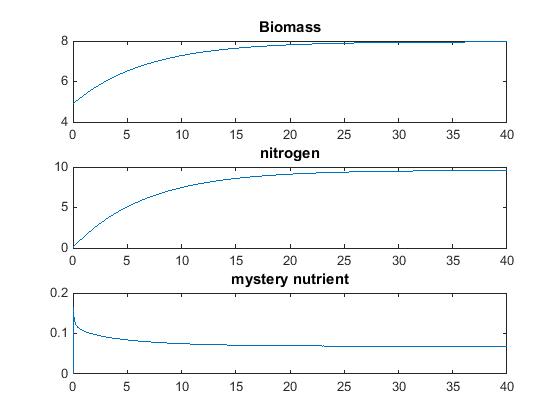 The figure above shows the plot of the Biomass, Nitrogen, and Mystery Nutrient against Feed Rate, plotted using Matlab. The Script and Function were edited to show a more interesting equilibrium by changing ryz from min(y/(Ky+y),z/(Kz+z)) to (y/(K+y))*(z/(M+z)). The calculations to find this equilibrium are shown on the Individual Journal Response. 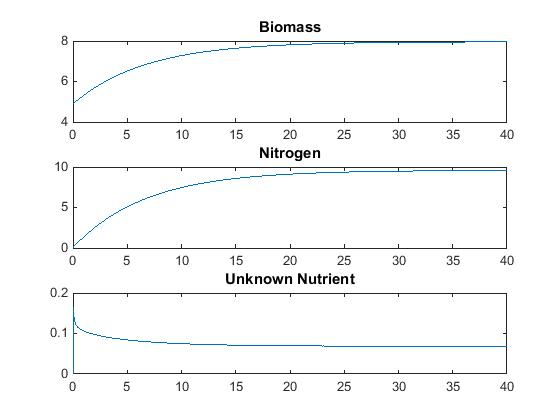