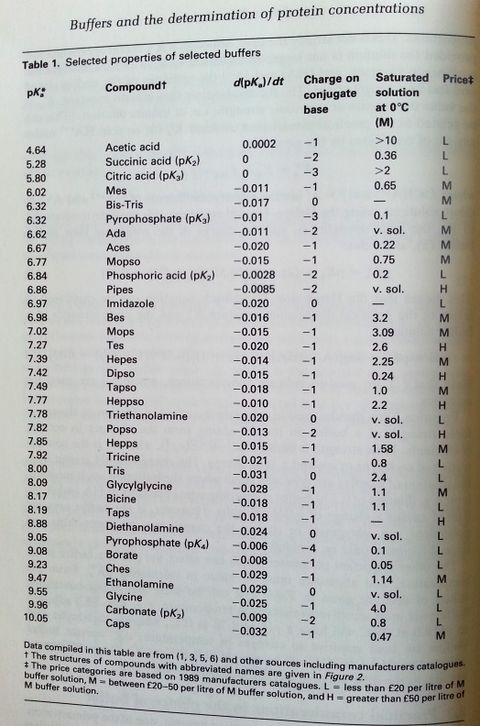 Why does the pH of a buffer change with dilution?

The changes in pH arising from the dilution of a buffer are generally small where the buffering ion is monovalent. Example: dilution of a 0.1M buffer comprising equal amounts of HA and [A-] to 0.05M causes a change of 0.024 pH units. However, if the buffer ions are polyvalent, e.g. phosphate or citrate, the change may be appreciable and large dilutions should be avoided. (source: ISBN 0-19-963142-5 pg 318)

Why does the pH of a buffer change with the addition of salts (changes in ionic strength)?

Why are some buffers degassed during preparation?

pH depends on presence of other salts for phosphate buffers

This section is based on this educational lab

Examples: Examples of how this affects buffer preparations: