These are including the testing constructs, which are shown in italics. Two standard BioBricks are used for testing - BBa E0240 (BB1) and BBa F2620 (BB2). 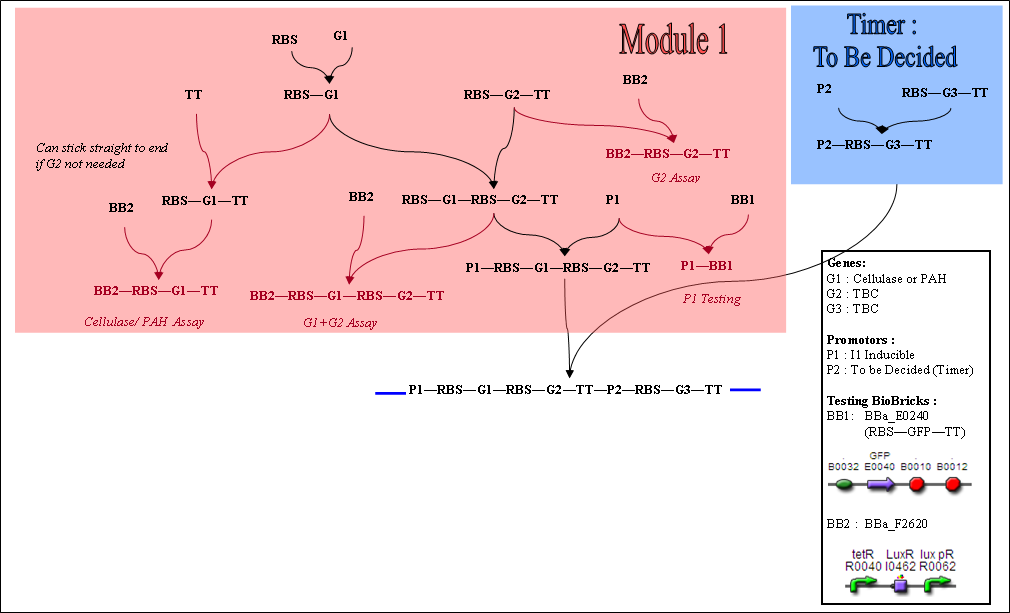 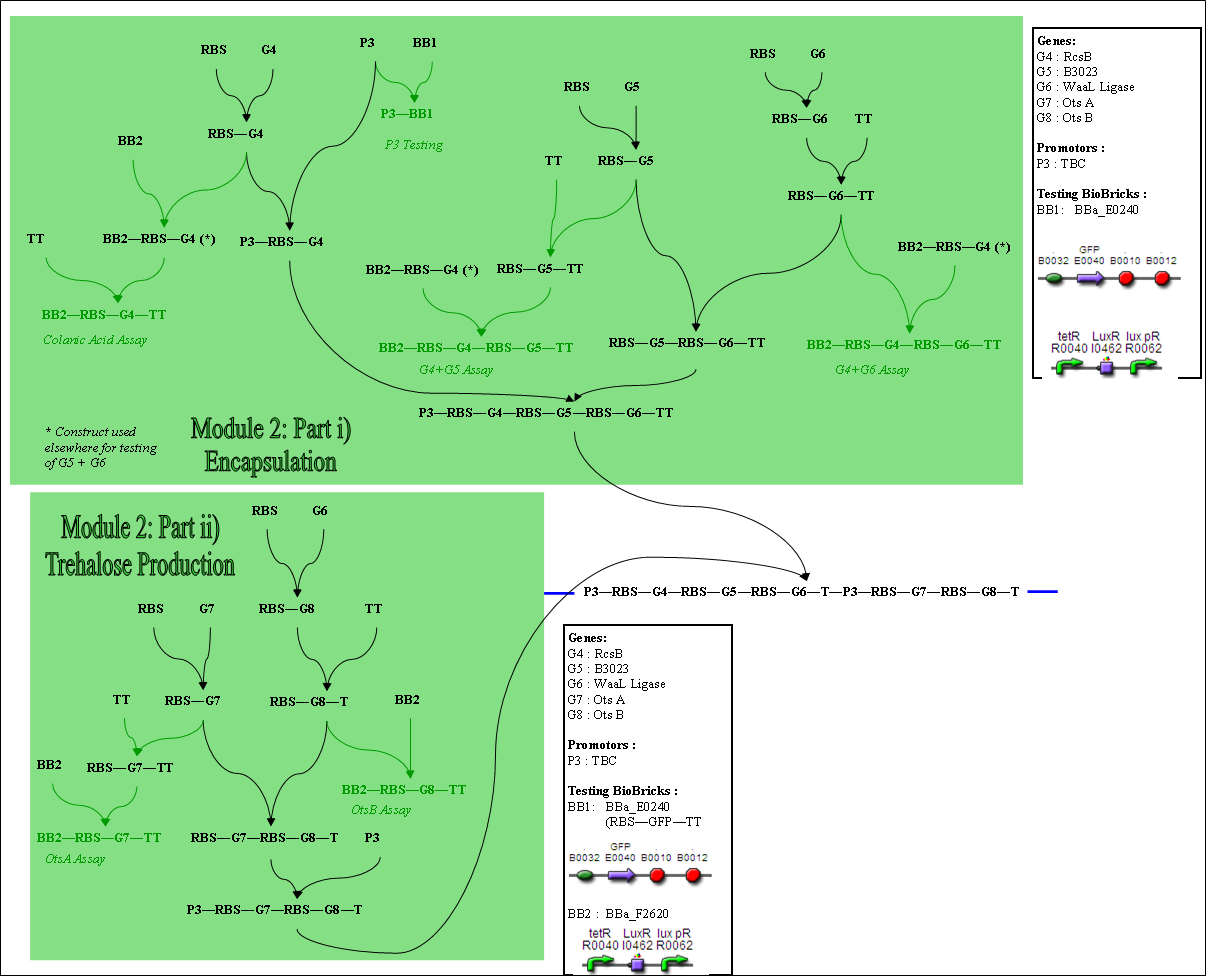 Colanic Acid Assay: (Testing of RcsB) Testing of G4+G5 and G4+G6 can be done using the same assay.

Alternatively, if we can isolate a well characterised temperature sensor BioBrick, several steps can be skipped, giving a cloning strategy as shown below.