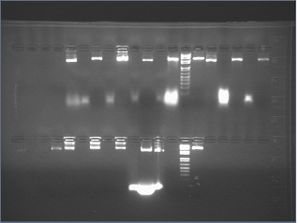 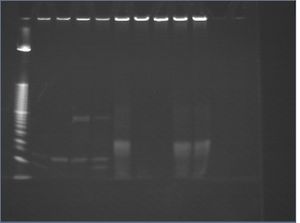 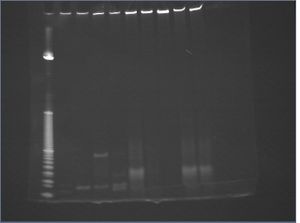 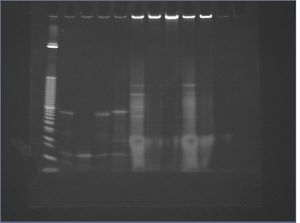 This is a positive indicator that the protection assay worked, as are the other results from this gel, but to be certain, the experiment must be run again with the final-supernatants present.

(See above) The best thing to do would be to make up new tubes of pre-working stocks c.5.0.8(b) and 9(b), and working stocks c.5.0.E(b) and F(b). However, at this time the oligos required to make more c5.0.1, which we've run out of, are at the Medical School. Thus, the next best thing was to use the two remaining folded reactions of E(b) and F(b), which are really F(b) and E(b) respectively, and repeat the experiment.

(Generally the same protocol was used as previously, with a few modifications, which are in red.)