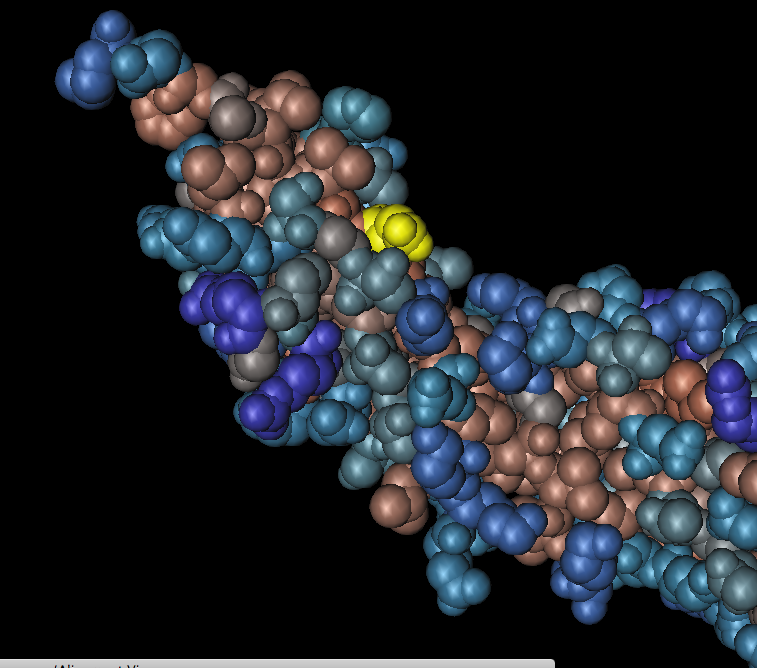 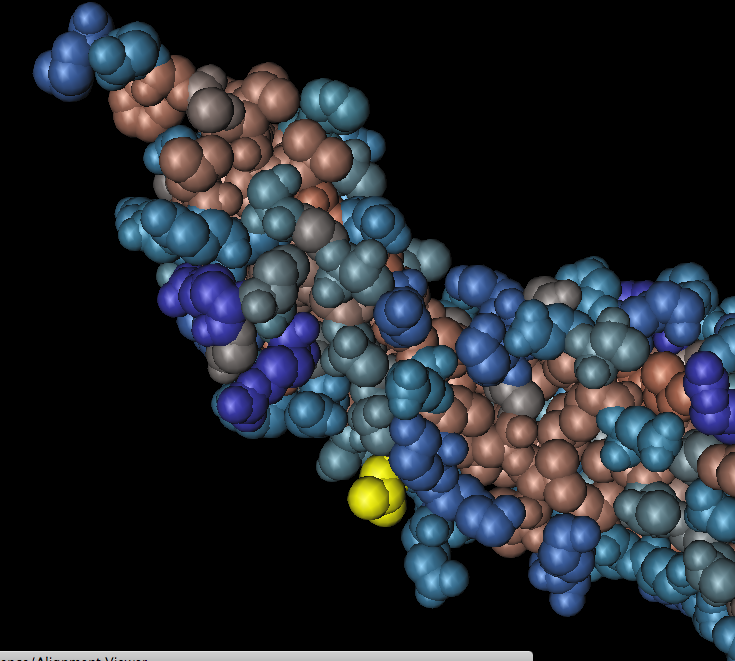 Both residues are located on the surface of the final gp120 protein and could therefore play a key role in protein interactions and function. As discussed in the previous lab the conserved changes that we see in these regions, G->R and R->G, would have fairly drastic effects on the protein folding in this region since there is a large shift in size, hydrophobicity and charge between the two residues. The drastic differences between the properties of the two amino acids along with their positioning in the gp120 protein provide strong evidence that the residue changes will have some effect on function.

The graphical representation of gene expression versus time for DMCI and SPS100 of Fig 4.6 are shown below: 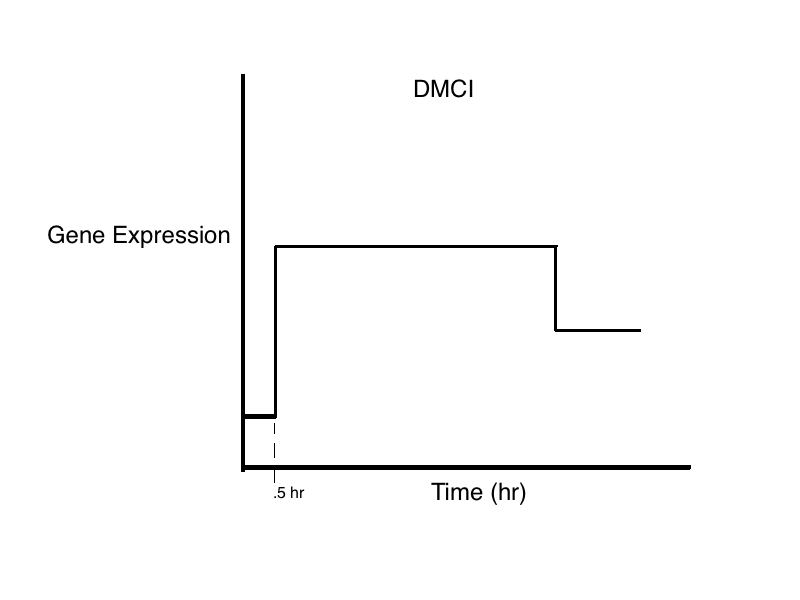 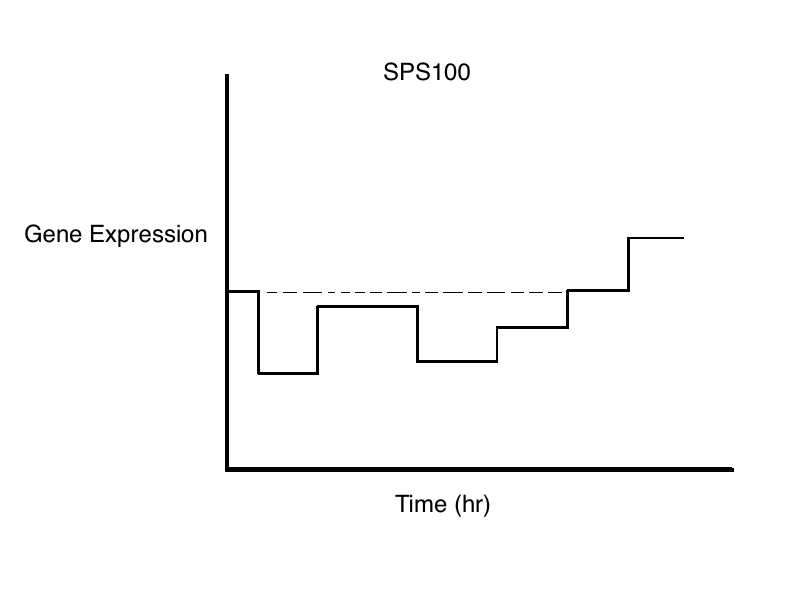 All of the genes show an initial increase in gene expression as oxygen decreased up to hour 3. After hour 5 both Gene X and Gene Y show decreasing gene expression with decreasing oxygen though Gene Y shows a much sharper drop in gene activity over time than does Gene X. On the other hand, at hour 5 the gene expression of Gene Z showed further increase and remained constant up till hour 9. This indicates that Gene Z is most likely responsible for some sort of cell function that is needed in an anaerobic environment while Gene X and Y are more likely responsible for aerobic cell function.

Assuming that the genes being studied are a part of the process of regulating the metabolism of glucose, since the color yellow indicates that the expression of the gene is neither induced or repressed it makes sense that we would see all yellow at the first time point where glucose is in ample supply and doesn't need more regulation than normal. As time goes on, the culture grows, and glucose becomes more sparse the regulation genes would need to be activated in order to better use or conserve the glucose available.

Over the course of the experiment TEF4 expression was held fairly steady across the first three time points then became more and more repressed in the last three time points. Knowing that the experiment is studying cell growth and glucose intake it can be concluded that TEF4 most likely plays a role in cell growth and multiplication. As the amount of glucose decreases, cells must also decrease the expression of their growth factors as a means of conserving the available food supply.

In a cell, TCA is a means of producing ATP and NADH+ from the by-products of glycolysis. If there is little available glucose then it makes sense that the cell would begin expressing TCA genes which can generate more energy for the cell without requiring an excess of glucose. Inducing TCA genes would ensure that all available pyruvate would be used for energy synthesis instead of any nonessential reactions.

There are a large number of things a genome could do in order to express a cluster of related genes at the same time. For example, the particular genes could all be regulated by the same transcription factor so that in the presence or absence of this factor the genes would either be induced or repressed all at once. Another possibility is that the functional genes are all contained within the same transcribed gene segment that is later spliced to form each separate gene transcription. This is also possible through the use of inteins in the protein product. The gene cluster may all be transcribed within a large gene chunk which is translated into a large non-funtional protein. This protein is then cut and folded into smaller functional sequences representing the different genes.

Since TUP1 is a gene repressor, the absence of TUP1 would produce a larger amount of gene expression in the genes that would normally be repressed by TUP1 so it is most likely that we would see red spots for the genes that are regulated by the TUP1 repressor.

If a transcription factor for certain genes is over-expressed its is likely that the genes regulated by Yap1p will also be over-expressed meaning the microarray spots for those genes will be red.

When studying the effects of transcription factors and repressors it is important that there also be control spots not affected by the factor being studied to ensure the data gathered is only dependent on the expression or repression of the factor. To ensure this, the genes used in the control spots should be independent of gene interactions with the transcription factor as well as independent of any cellular effects that may be caused by the induction or repression of the experimental genes. Therefore the control genes should be chosen from pathways that are known to be unrelated to and unaffected by the pathways involved with the genes and factors being studied.