Describe the steps of a standard BioBricks assembly for two parts and include images of expected results (e.g., gels, seq files, etc). This will provide a walkthrough for someone new to BioBricks construction to practice with parts that are known to work together well.

Assumed starting point is from glycerol stocks of insert and vector.

Streak plates of insert and vector from glycerol stocks 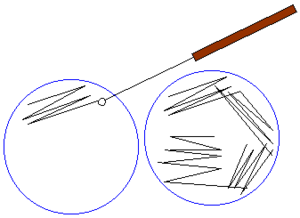 How to streak a plate 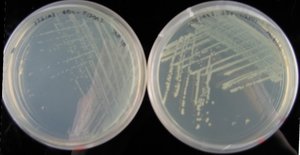 Grow 5ml Cultures of each from a single colony

Run vector and insert on a gel

Extract vector and insert from gel

Can use electroporation or chemical transformation 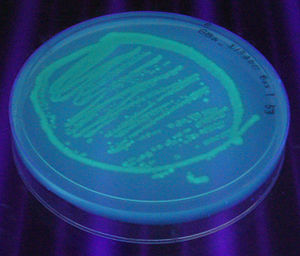 Successful transformants should glow under UV

Tranformants should glow when exposed to UV light. Should probably point out that it's usually not this easy to screen. We can also tell them to pick a couple that glow and a couple that don't to confirm that the colony pcr does a good job at predicting a successful tranformation.

Expected lengths? Include links to the parts registry and description of how to find parts?