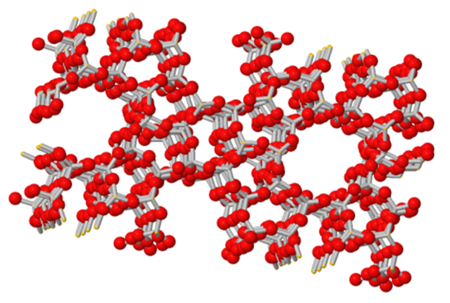 Zeolites are porous aluminosilicates constructed from TO4 tetrahedra (T= tetrahedral atom, Si or Al). They have well-ordered micropores (0.3-1.5 nm). 213 framework types have zeolites exist to date. Each framework type is identified by a unique three-letter code (e.g. MFI, FAU) and each of them have a unique size and arrangement of pore network. The well-defined pores allow the passage of molecules with certain dimensions and restrict the passage of larger molecules through them. This property allows them to be used as adsorbents and molecular-sieving membranes. Their acidic properties are the basis of their use as heterogeneous catalysts. Zeolites find wide range of applications in industries as catalysts, adsorbents, sensors and molecular sieves. Figure 1 shows the structure of a zeolite with MFI framework type. The MFI framework has 10-membered rings of about 0.56 nm. ZSM-5 of MFI framework is widely used in the petroleum industry as a catalyst for hydrocarbon isomerization reactions.

Fig 2: The raw materials (silica source, alumina source, cation source, water and structure directing agent) are loaded into a Teflon-lined sealed autoclave. The autoclave is then transferred to the oven at a fixed temperature for desired duration. The solid product is obtained by filtration and subsequent drying.1

Zeolites are synthesized using batch hydrothermal synthesis at both laboratory and industrial scale. The hydrothermal synthesis takes place at high pH and the raw materials are-- a silica source, an alumina source, water, a cation source and a structure directing agent. A structure directing agent (SDA) is typically a organic quartenary ammonium salt. SDAs act as templates for zeolites and zeolites crystallize around them via hydrophobic interactions. At the laboratory scale, the raw materials (in the desired molar ratio) are fed into a Teflon lined sealed autoclave (Figure 2). The autoclave is then transferred to an oven set at a desired temperature (usually > 100°C) and left in the oven for the desired time. The solid product is then recovered from the resultant slurry, by filtration and subsequent drying. The crystalline structure of the powder zeolite can be analyzed by characterization methods like X-ray diffraction (XRD) and scanning electron microscopy (SEM), etc. Figure 3 shows the crystallization mechanism of silicalite-1. Silicalite-1 is a pure-silica zeolite with MFI framework type. Tetra-propyl ammonium hydroxide (TPAOH) is used as the SDA and tetra-ethyl orthosilicate (TEOS) is used as the silica source.2 The hydrophobic hydration spheres of TEOS and TPAOH overlap to form primary units (2-3 nm in size), which subsequently act as nuclei for the zeolite crystallization. 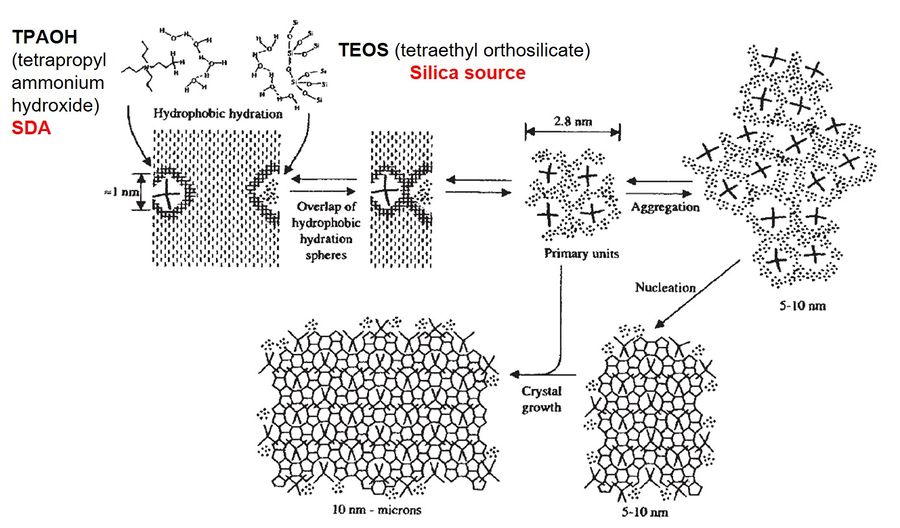 Fig 3: Mechanism of crystallization of silicalite-12

The hydrothermal batch synthesis of zeolites on a laboratory scale has several limitations. The synthesis times are long, usually ranging from 2-10 days. The heating in the oven is based on air-convection and can be non-uniform (Figure 4). The heat transfer and mixing inside the autoclave is inefficient and there is product variation from batch to batch under the same operating conditions. This non-uniformity results into a wide particle-size distribution. Lab-scale experimental research involves studying the effect of changing various parameters (synthesis gel compositions, various types of SDAs and silica and alumina sources, pH, water amount and cation source, temperature, synthesis duration, etc) on zeolite synthesis (what type of framework is formed, Si/Al ratio, how crystalline the zeolite is, etc.). However, a lot of raw materials are required per batch when synthesizing zeolite in an autoclave. Working at a smaller scale would be extremely beneficial as relatively much less quantity of raw materials would be used and it would also overcome heat and mass transfer limitations.

Fig 4: (a)Teflon liner and autoclave used for lab-scale batch synthesis of zeolite (b) Oven maintained at a fixed temperature with autoclaves loaded.

Advantages of working on microscale

The major benefit of working on the micro scale is the high surface area to volume ratio of the zeolite synthesis gel. Creating small droplets of zeolite synthesis gel increases the the surface area to volume ratio dramatically because each individual micro droplet has surface area that has to be accounted for rather than just the the surface area of a cylinder of zeolite synthesis gel in an autoclave. From the chart below you can see that compared to the traditional autoclaves used in laboratory synthesis of zeolites, a 300 micron radius droplet has a surface area to volume ratio that is almost 60 times larger. Comparing the volume also shows that a traditional autoclave gives you roughly 1.25 million 300 micron radius droplets. This means the amount of reagent needed to test a type of zeolite can drastically be reduced. In a lab setting where many parameters such as pH, water amount, silica source, etc. much less reagents will be required. This advantage would not translate to the industrial scale but in a lab setting where the main focus is to discover new zeolite structures, being able to reduce the amount of material to test the viability of a zeolite recipe is an advantage.