If you notice when using the Plasma Preen that you get plasma but it seems "locked" (i.e. you see a pink-purple glow but it is not moving) the problem could be that the antenna (fan at the top of the chamber) is no longer turning.

It is possible that the fan has stopped turning because the O-ring that is used to turn it has worn down and snapped. This protocol will explain how to take the Plasma Preen apart and replace the O-ring. 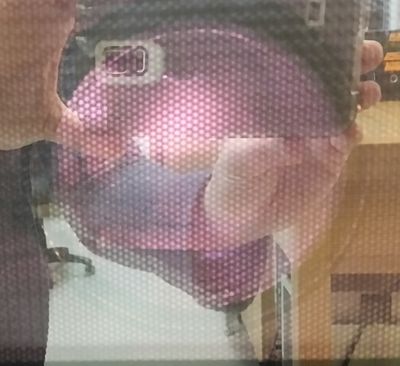 If you have pretty pink-purple plasma but it isn't moving your antenna might not be rotating. "Locked" plasma won't give you a good bond between PDMS and glass. Apologies for the reflection in the microwave door. 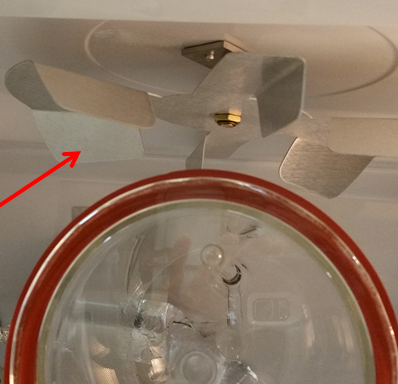 If the plasma is locked, it might be because this whirligig is not spinning.

You will need the following to change the brushes in the lab roller drums: 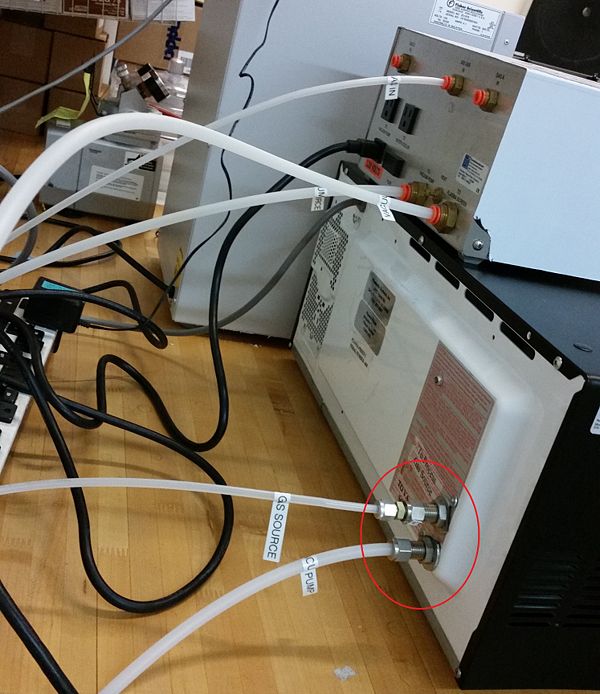 Remove the tubes connected to the microwave body. 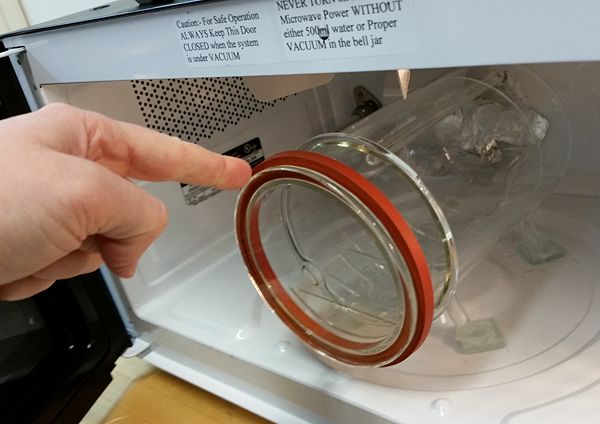 Slide the bell jar out carefully and put it in a safe location. Perhaps a giant box full of feathers. Really. Put it somewhere away from where you are working with padding so it won't get broken! 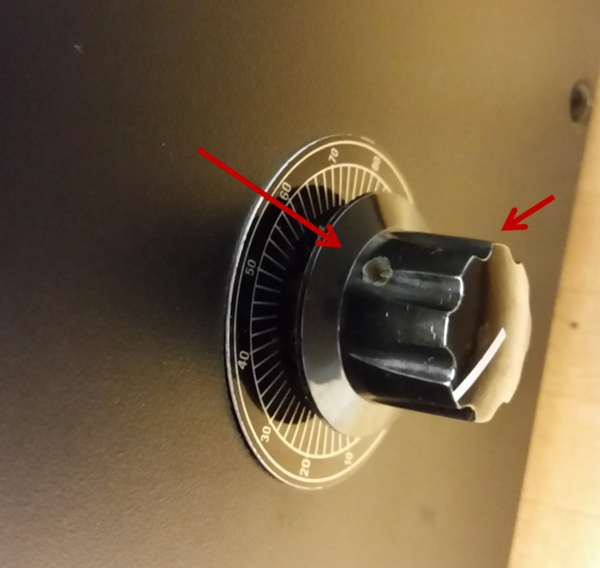 The red arrows label the screws holding on the knob. One screw is hiding about a quarter turn from the one visible in the picture. 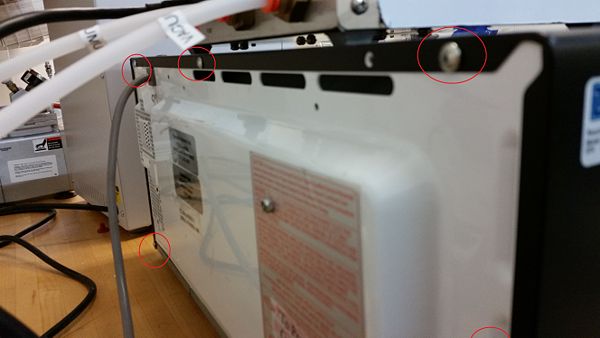 There are 5 screws on the back. One is hiding in the bottom corner. There are two screws on the sides. One is visible in the picture of the analog power regulator above. 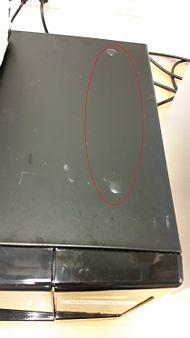 There are four brackets on the top. Here are two of them. They just pop in and out. 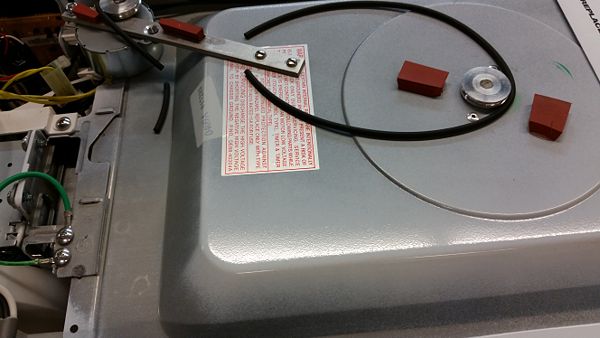 In this case, as soon as the cover was removed it became obvious that the O-ring was broken. 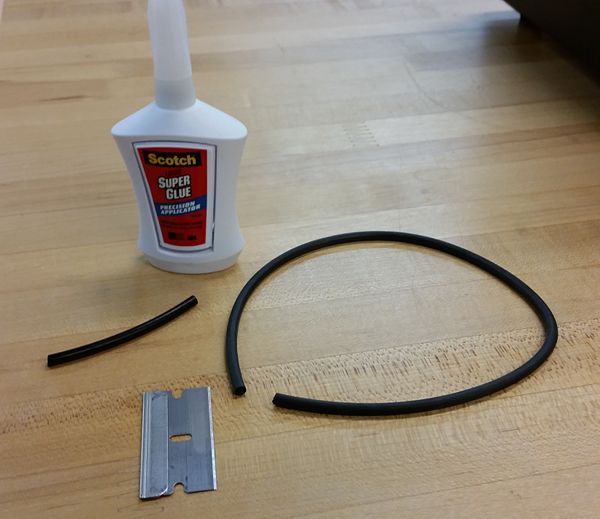 O-ring arts and crafts. Cut to desired length. Glue back together. Put over pulleys. Done.

Please feel free to post comments, questions, or improvements to this protocol. Happy to have your input!

*Megan N McClean 17:11, 19 May 2017 (EDT): I didn't take enough pictures while I was disassembling and reassembling the Plasma Preen. If you find it necessary to replace the O-ring, please take more pictures particularly of how to cut and replace the O-ring and how to get the analog power meter into place.

*Megan N McClean 18:54, 19 May 2017 (EDT): There is still some debate over how the power regulator should be connected. I am currently in talks with Aaron Ribner at Plasma Preen to figure this out. I could swear that when I opened the case, the potentiometer wasn't attached to ground. However, I sent Aaron the following picture and he said it was connected correctly (grounded). Waiting for a reply back. 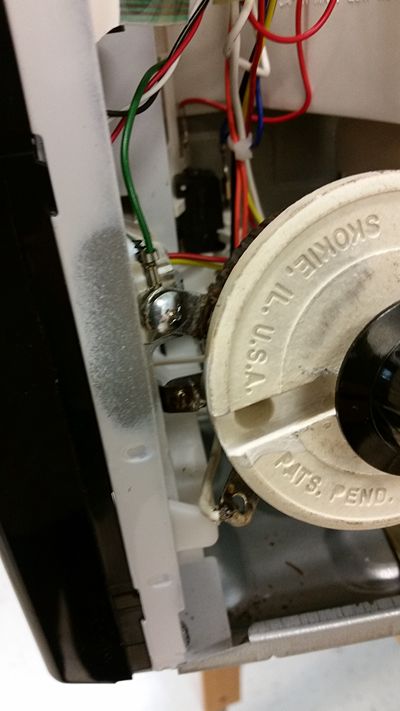 Pretty sure this wasn't actually grounded the first time I opened up the Plasma Preen. Waiting for a response from customer service, aka Aaron