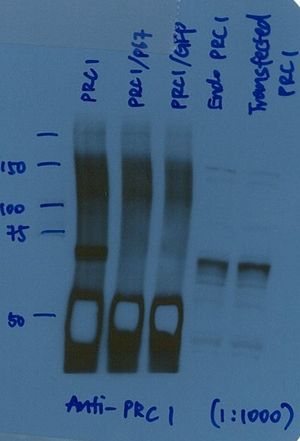 Time and labor at the bench is extremely valuable. Below is a guide to interpret western blotting experiences in a purposeful way so that each experiment will make a difference. Watch out for futile cycling in work flow and focus energy in a meaningful way.

There is an increasing number of available commercial antibodies from several vendors. Depending the vendor, the level of quality control is highly variable and this leaves a responsibility to optimize protocols in an efficient manner. Because every antibody is different, each one requires a different blocking/incubation buffer in order to optimize the signal:noise ratio.

There are common themes in the types of incubation buffers that tend to work well for blocking and incubation.

Commercial antibodies have a wide range of specificity and sensitivity for the protein of interest. Efficient blocking of the primary and secondary antibodies can take place in a variety of different blocking agents that contain soluble proteins and non-ionic detergent. When developing a new antibody by western blot, it is important to test different blocking/incubation buffers for the best possible signal:noise ratio in the assay. No single blocking agent is ideal for every primary antibody, since each antibody-antigen pair has unique binding characteristics.

Western blotting is a technique that separates proteins based on size. In general, the smaller the protein, the faster it migrates through the gel. However, migration is also affected by other factors, so the actual band size observed may differ from that predicted. Common factors include:

1. Post-translational modification - e.g. phosphorylation, glycosylation etc, which increases the size of the protein

2. Post-translation cleavage - e.g. many proteins are synthesized as pro-proteins and then cleaved to give the active form, e.g. pro-caspases

4. Relative charge - the composition of amino acids (charged vs non-charged)

5. Multimers - e.g. dimerization of a protein. This is usually prevented in reducing conditions, although strong interactions can result in the appearance of higher bands

The importance of the blocking/antibody incubation buffer

PVDF or nitrocellulose membrane has the ability to bind protein of all sorts. Since both the antibodies and the transferred lysate/extract are proteins, steps must be taken to optimze interactions between the membrane and the antibody used for detection of the target protein.

When the primary antibody is added, there is no room on the membrane for it to attach other than on the binding sites of the specific target protein. This reduces "noise" in the final product of the Western blot, leading to clearer results. 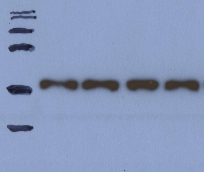 Dumbbell shaped bands are an indication of a hot run

1. Migration was too fast.

2. Migration was too hot (changing the pH and altering the migration). Slow down the migration or run the gel in the cold room or on ice.

Uneven band size in lanes probed for the same protein

Gel has set too quickly while casting and the acrylamide percentage is not even along the lanes. Review the recipe of the gel and the addition of TEMED to the gels, add a little 0.1% SDS in water to the top of the migrating gel while it sets to stop it from drying. 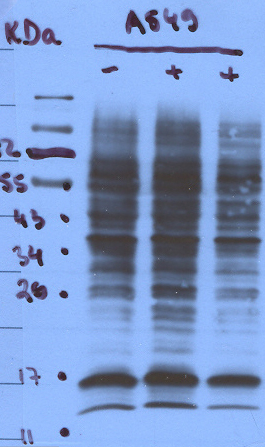 Always review protein molecular weight details in the primary literature through PubMed for the most informed perspective on your result. Below are possibilities to explain the infinite nuances of protein behavior in SDS-PAGE.

Over abundance of antigen and/or too much primary antibody

The resolution of SDS-PAGE is limited to 50-100 bands. If the relative concentration of the antigen of interest is too low (less than 0.2% of total protein), it may be difficult to detect (for instance, synaptobrevin/VAMP comigrates with histones in cell homogenates which interfere with its detection). Signal enhancement may then lead to the appearance of artificial bands. Enrichment of the antigen by fractionation or by immunoprecipitation should be considered.

On the other hand, too much abundance of antigen or too much primary antibody may yield an overly robust signal.

Extraneous banding may represent glycosylation or phosphorylation of the major band

Theoretical prediction is a primary antibody toward a single gene product should produce a single band. While this is common and in some cases to be expected, there are legitimate exceptions to the rule and other factors may be responsible. For example:

Factors that can produce multiple bands of variable molecular weight

Smearing effect for the band of interest

The HRP (horseradish peroxidase) is an enzyme that oxidizes the ECL/luminol (contains HRP substrate + enhancing chemicals (modified phenols)). This oxidation reaction with chemiluminescent substrates produces light. The HRP enzyme can remain active as long as it is kept 4C in 1X TBS buffer, no azide. The moment you expose your blot with the HRP-conjugated antibody to the ECL, the substrate begins to be used up but it doesn't destroy the HRP enzyme.

If banding signal is excessive: 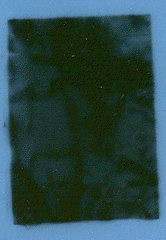 Adjust blocking, 1ary, 2ary diluent all to 5% milk TTBS, and perform 10 shake rinses after the 2ary incubation to resolve overexposure of film 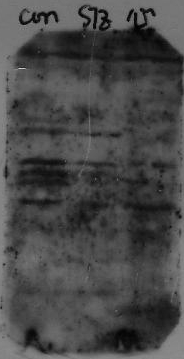 How do I decrease the background on my blot?

The leading cause of excess background is cross-reactivity between blocking agent and primary or secondary antibody: this will result in an overall membrane staining. The best blocking/incubation buffer for your immunoassay is the one that gives you the most clean bands with minimal background noise.

Concentration of antibody may be too high or incubation time too long. Also, several short washing steps are better than one long one.

The primary antibody you purchased may be too sensitive for specific detection of the target protein. Contact the vendor and explain your results. Value your time and notify the vendor of your observations. Common feedback may include;

1. Further dilute out your HRP or AP conjugated secondary antibody.

5. Load less protein onto the gel;

Ghost banding is the negative image of the proteins that have been transferred to the membrane.

Visualize in your mind; A 15 lane gel that has been run out and coommassie stained. Every lane will have a laddering appearance. Now imagine this same laddering band pattern being transferred to a PVDF or nitrocellulose membrane. The transfer of the proteins from the gel onto the surface of the membrane creates a protein fingerprint on the membrane. Blocking the membrane is an attempt to cover all other unbound sights.

Ghost banding occurs when there is residual background noise around where the protein fingerprint is present. This event suggests;

1. There is no detectable level of the target protein in the samples

2. The primary antibody is not recognizing the target protein

Reduce the primary/secondary antibody dilution and lower the protein loading amount; Dilute HRP-conjugate at least 10-fold. High levels of specific antibody and an overabundance of protein can cause intense localized signals (typically a single band). Rapid and complete quenching of the substrate will produce no signal. Since there is no light production after the completion of the reaction, white bands are the result when exposed to film.

1. Reagent omitted or improperly prepared. A simple fix yet this becomes more and more rare with experience. Review the protocol.

2. Protein did not transfer from gel to membrane. Try a Ponceau S stain of the membrane to see if there are bands on the membrane.

3. Specificity of HRP secondary antibody not appropriate for primary antibody.

4. Correct orientation of membrane not maintained throughout procedure.

5. Presence of azide in buffer, inhibiting peroxidase activity. Horseradish peroxidase labeled antibodies should not be used in conjunction with sodium azide. A change in the blocking agent or incubation solution will solve this problem.

6. Detergent is too harsh: SDS, Nonidet P-40, and Triton X-100 disrupt binding between proteins. 0.01-0.05% Tween-20 is the most commonly used and recommended detergent for washing and incubation solutions.

Proteolytic breakdown of the antigen

If additional smear/ladder type banding is of lower apparent molecular mass than the full-length protein, then proteases may be active. The addition of fresh protease inhibitors such as PMSF, pepstatin or leupeptin can resolve this. Proteases can mediate degradation when samples are stored for prolonged time or samples are fractionated from starting cell or tissue preps. 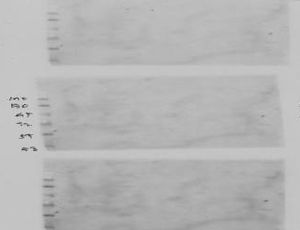 First and foremost, the primary antibody may have low affinity for target protein. Antibody affinity may also change after denaturation of a cell/tissue sample with SDS.

2. Incubation time needs to be extended.

5. Exposure of film too brief. Try multiple exposures extending from 1 minute all the way to overnight.

6. Bald Spots: bubbles between gel and membrane: bubbles create points of high resistance that lead to low transfer efficiency, be sure to remove bubbles completely when putting together the transfer sandwich.