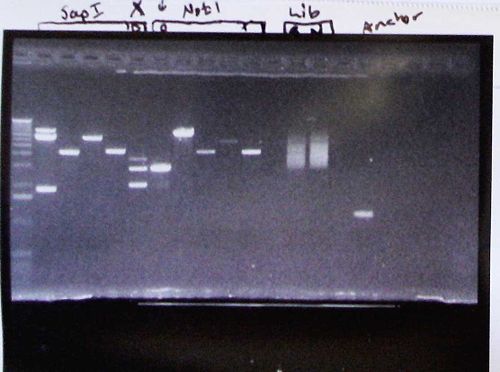 I have been naming tubes weirdly because I've been running into repetitive names. Here I have Sap# and Not# where number is the tube of which there is plasmid plus insert from a given tube (going way back) and Sap/Not is the restriction enzyme that I used to cut said tube. Sap and Notlib are libraries (after a bombing) of gDNA. See these pages: 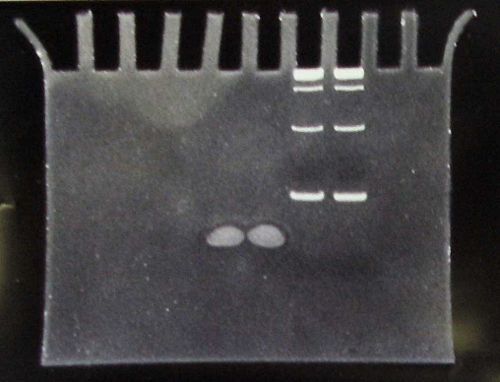 HP is the hairpin adapter. So this gel didn't work well. I had to run this in a vertical acrylomide gel. I'll have to write the protocol up later.