Most methods of determining Free Air Space (FAS) use a pycnometer. Pycnometers are simple devices that work according to Boyle's Law PV=nRT. A sample is placed in an airtight chamber (Sample Tank A) with a known volume. Then a known volume of gas at a known pressure (from Pressurized Tank B) is released into the sample chamber to equalize the pressure between the two tanks. Based on the change in pressure, the air-filled void space of the sample can be calculated. 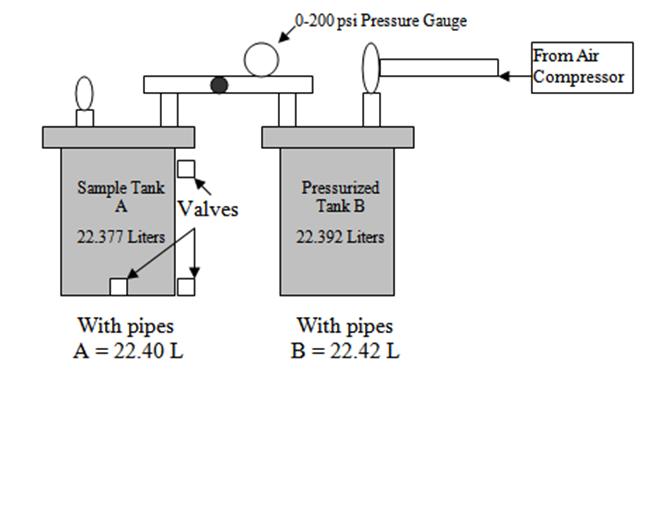 FAS of a sample can be calculated by: