-went down to Koshland to do confocal with Scott from the king lab. Could only load 30 ul of sample at time. Looked at NLS and 51 after induction fifteen minutes after feeding. -saw one possible hit, but set up wasn't optimal -choanos were suspended in low melt temp agarose. -probably better to use scope in Stanley. -lysis looks like it occured in pmll KC. miniprepped the plasmid, but probably will not use because it took so long. Also streaked out control, and will retest for lysis -for the future: JTK030 and 159 have different copy numbers. Probably why timing is different for 159 with 2801 and NLS which is 030. -New lifeact part 171 in 1600 still did not grow up

-started fresh choano culture by adding Kan to choano media culture. -picked colonies of AKS NLS with 51 and 52 as well as 2801 with 51 and 52 to look at under Koshland confocal. -checked on colonies of iGEM171 in 1600 (p15 spec). Did not grow up. Talk to Tim. -tested lysis of PCR of 51 digested and ligated in pmll KC. Did not appear to have lysed after 6 hours. kept in shaker

-set up test with NLS in 030 for 51 and 52 for confocal in upstairs stanley. -52 still behaving oddly, with little hits/fluoresence -got an excellent image of 51 at timepoint -15. showed fluoresence clearly filling a choano shaped object. YIPEEEEEE!!! -controls for new 11 cells looked clean. Transformations grew up alright. -controls for Daniela's 1600 payload cells looked clean. 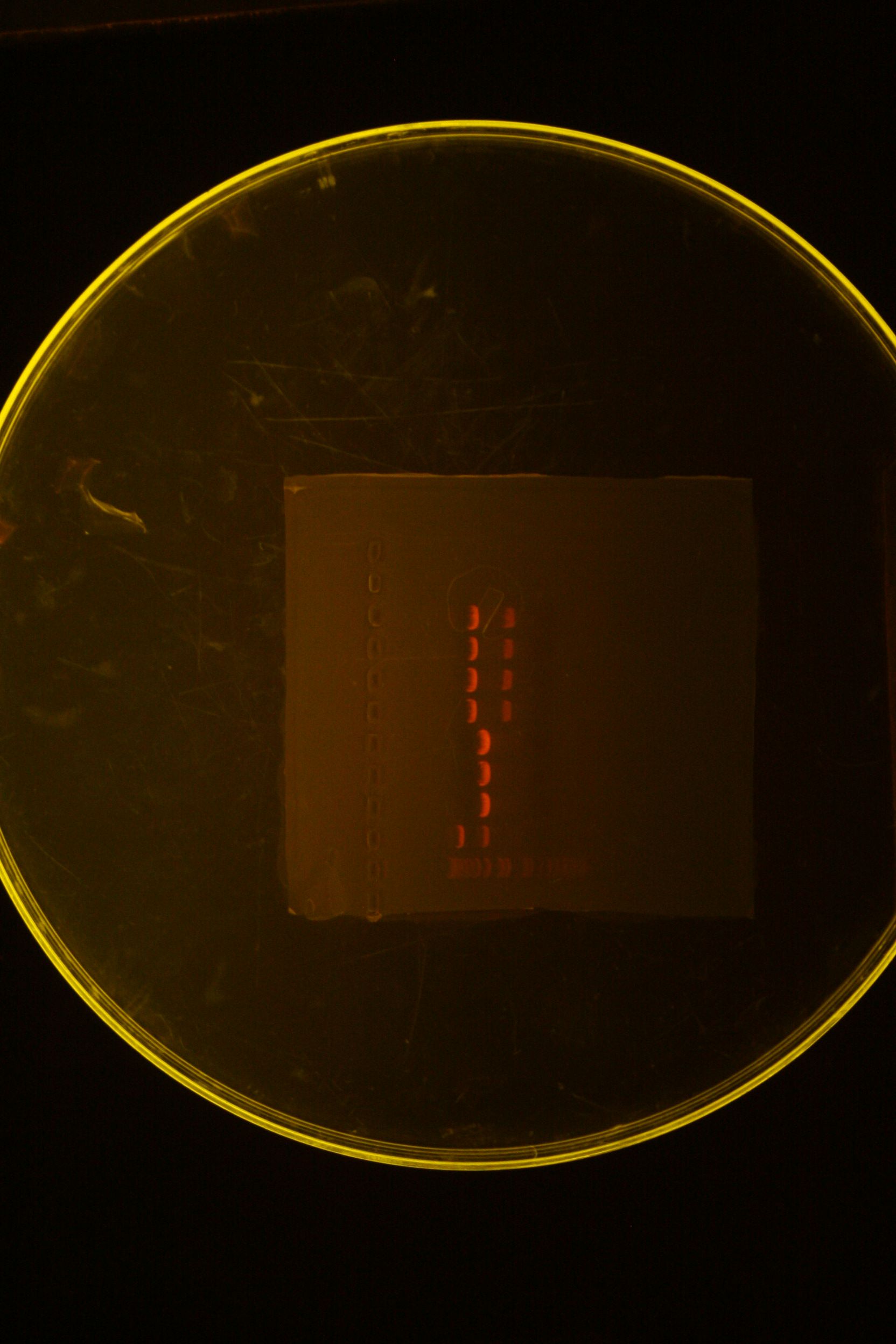 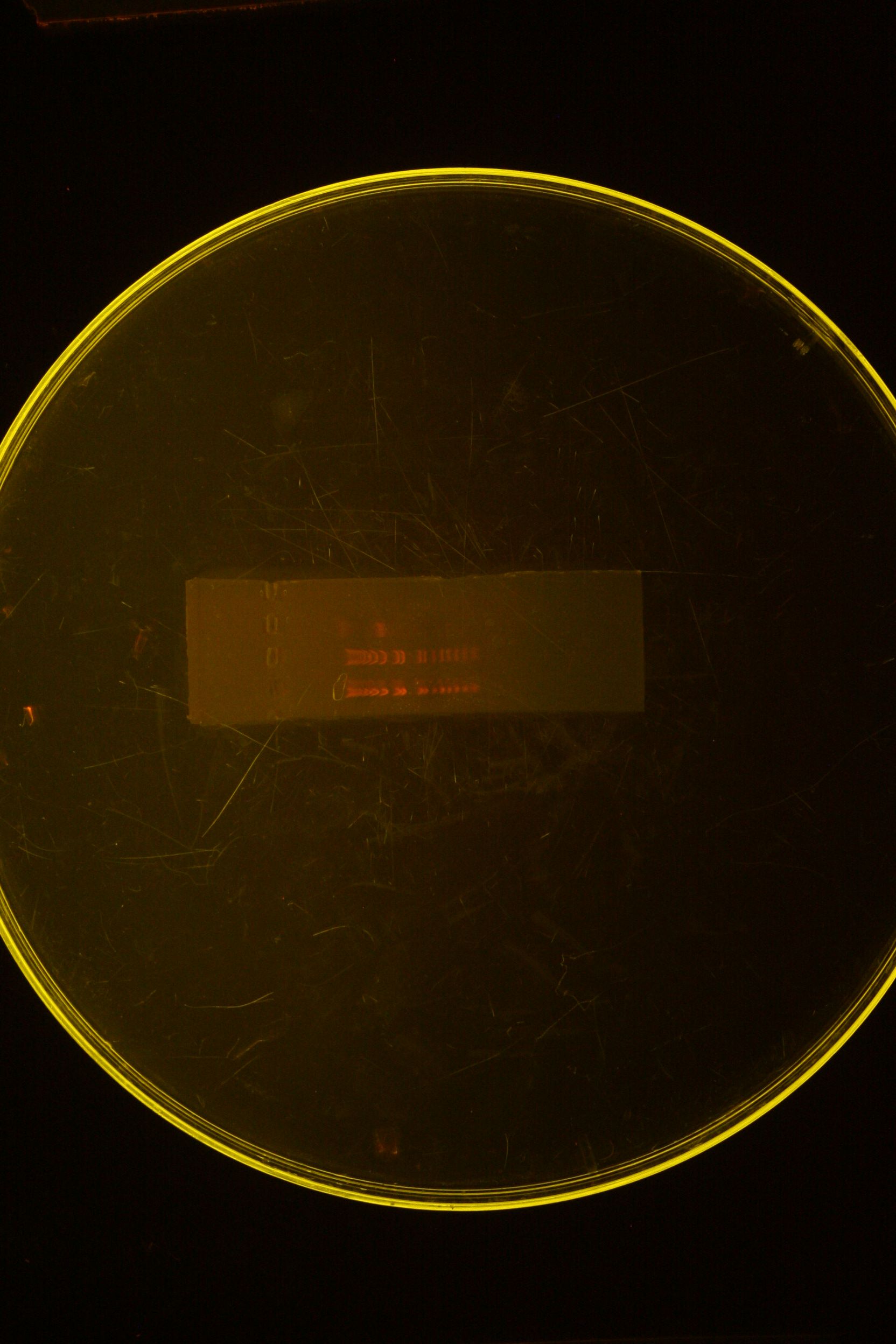 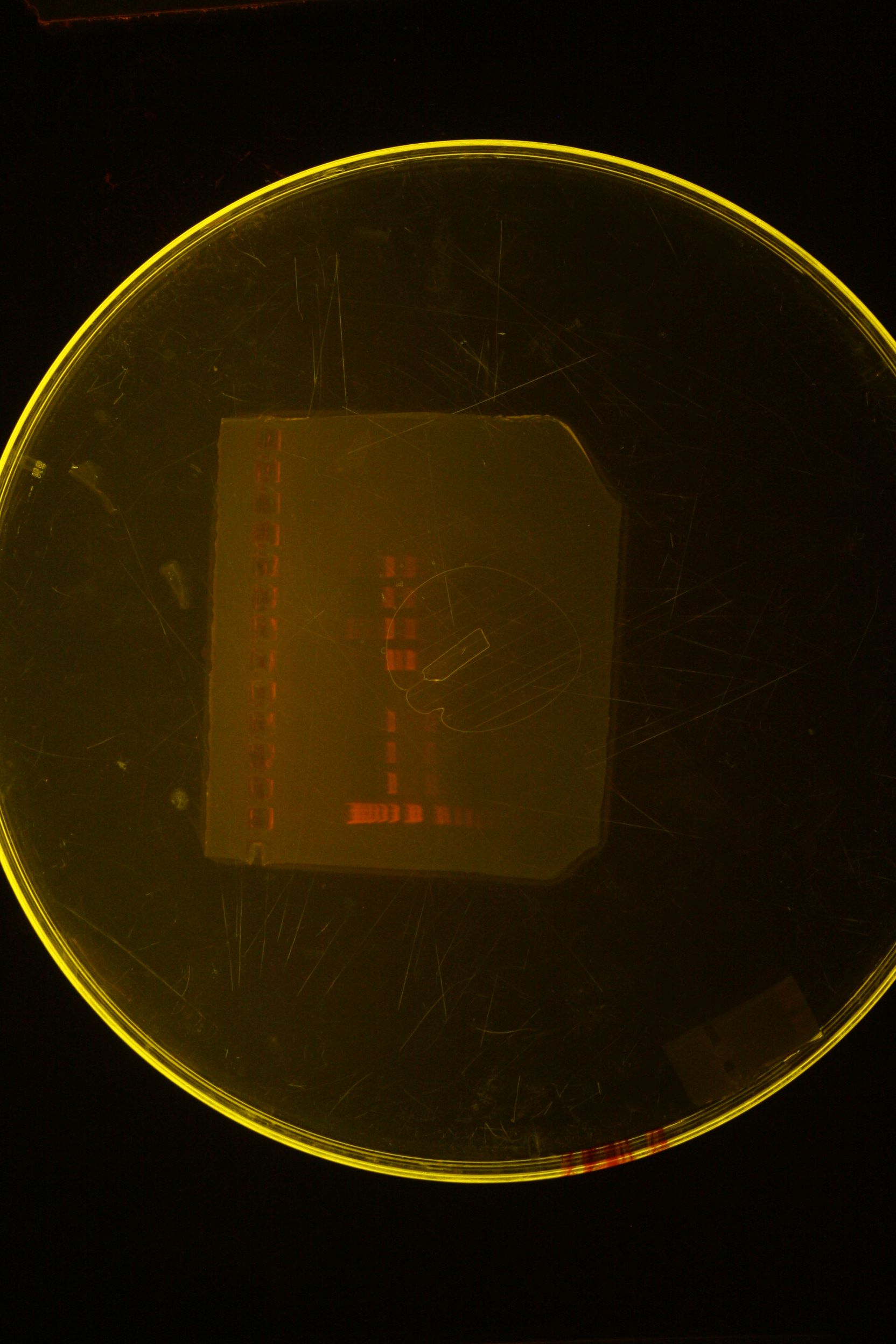 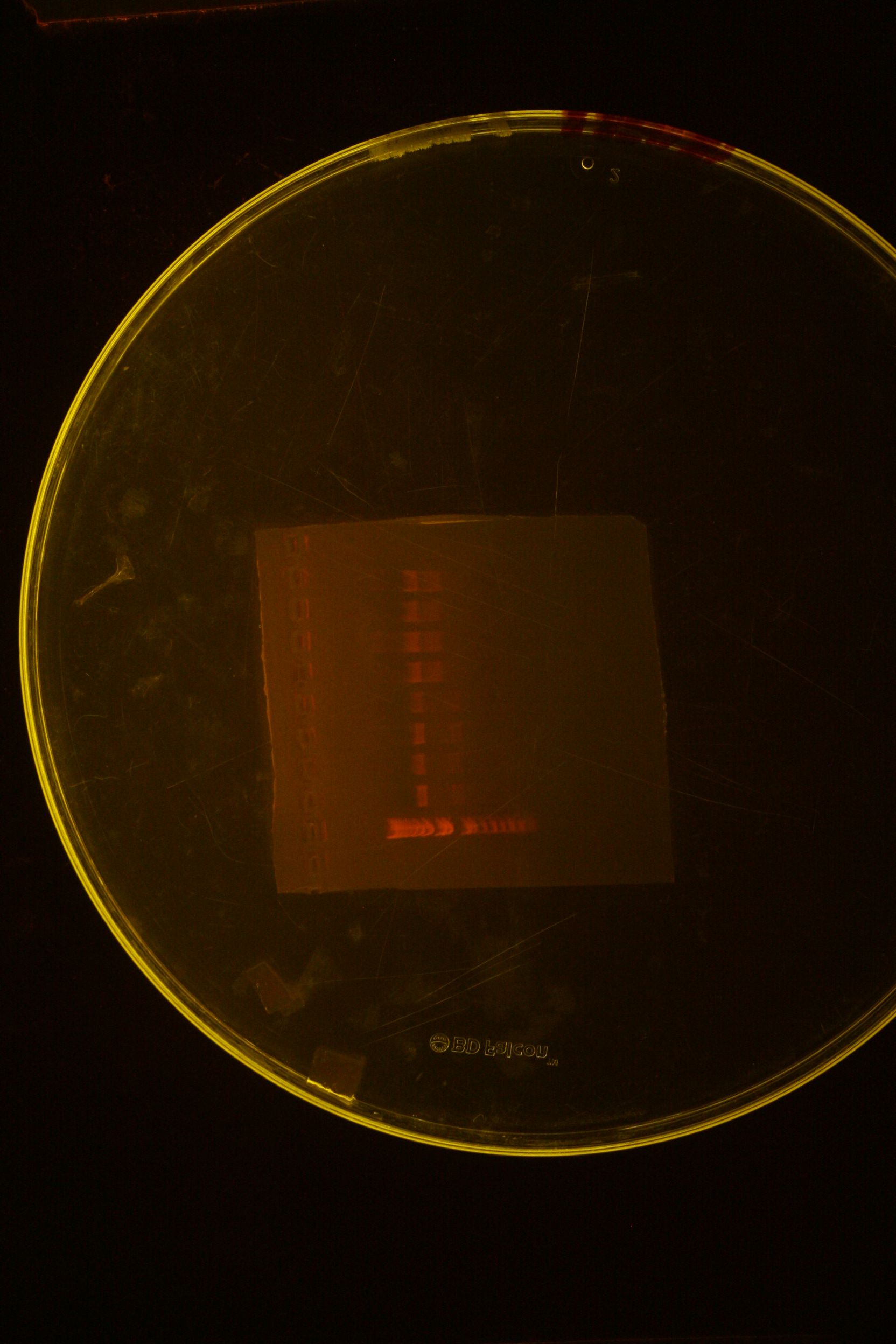 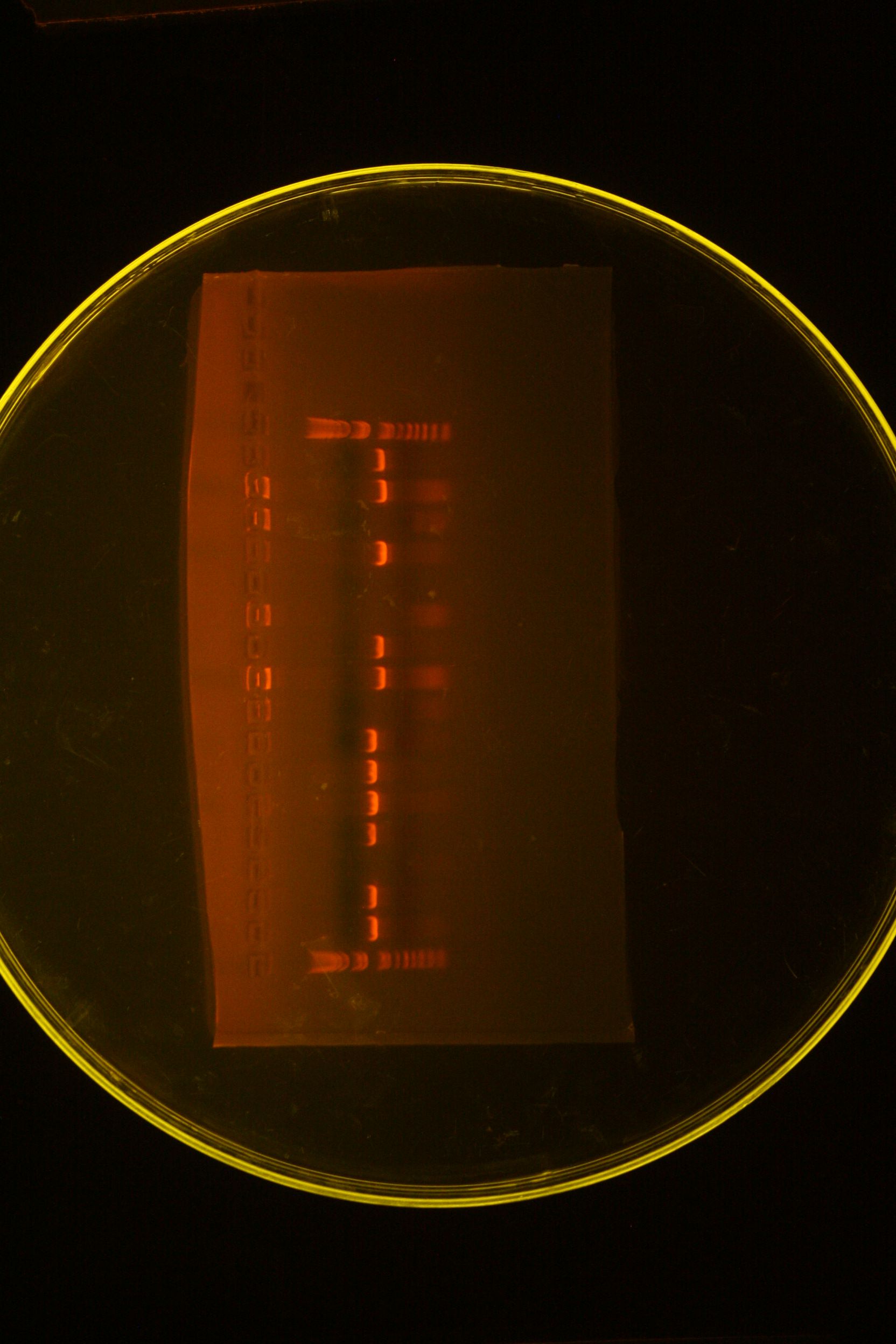 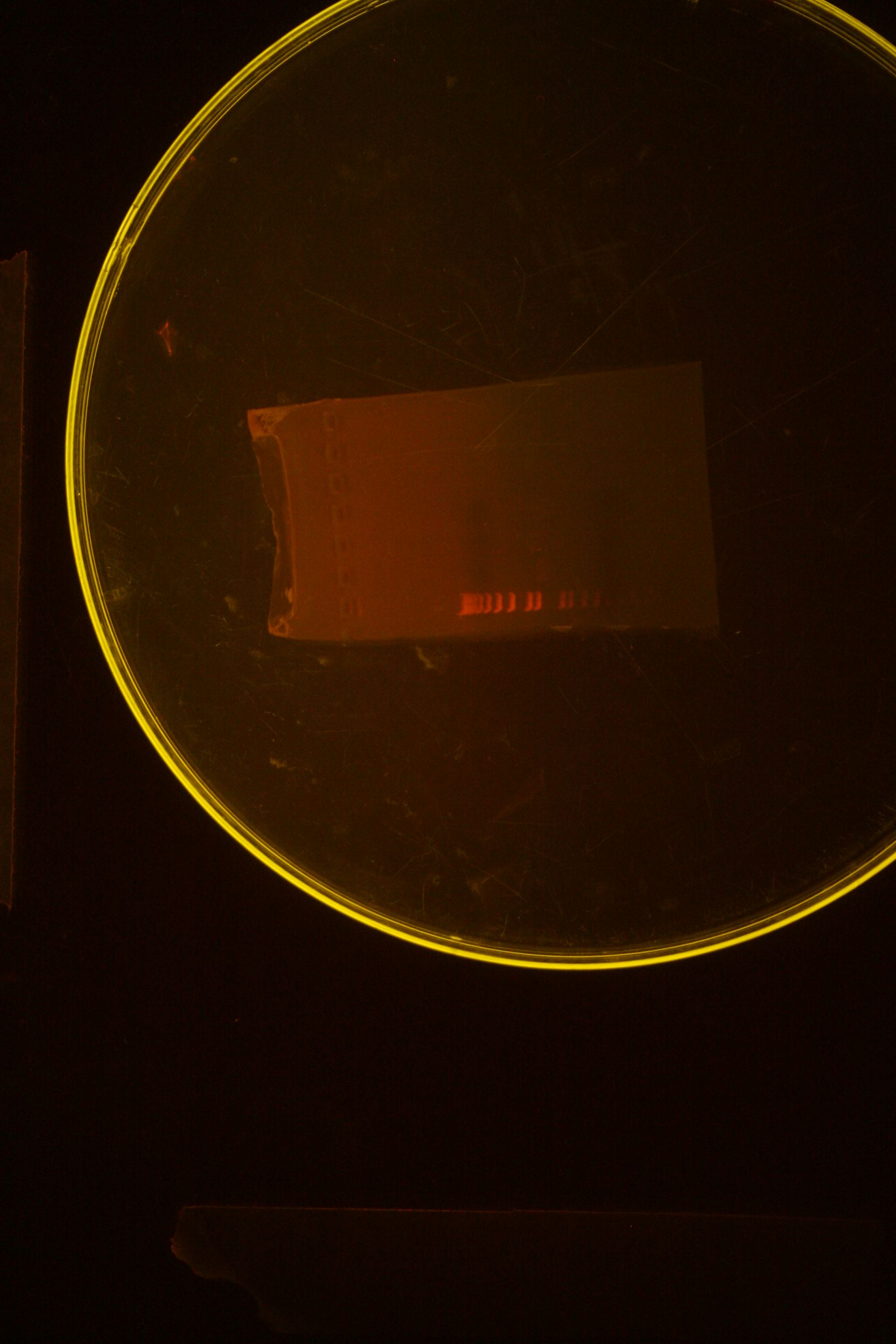 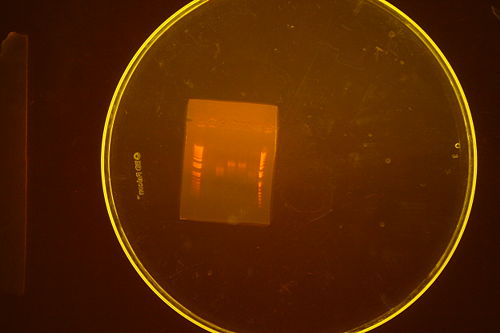 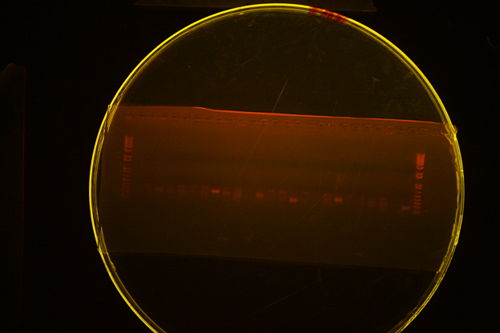 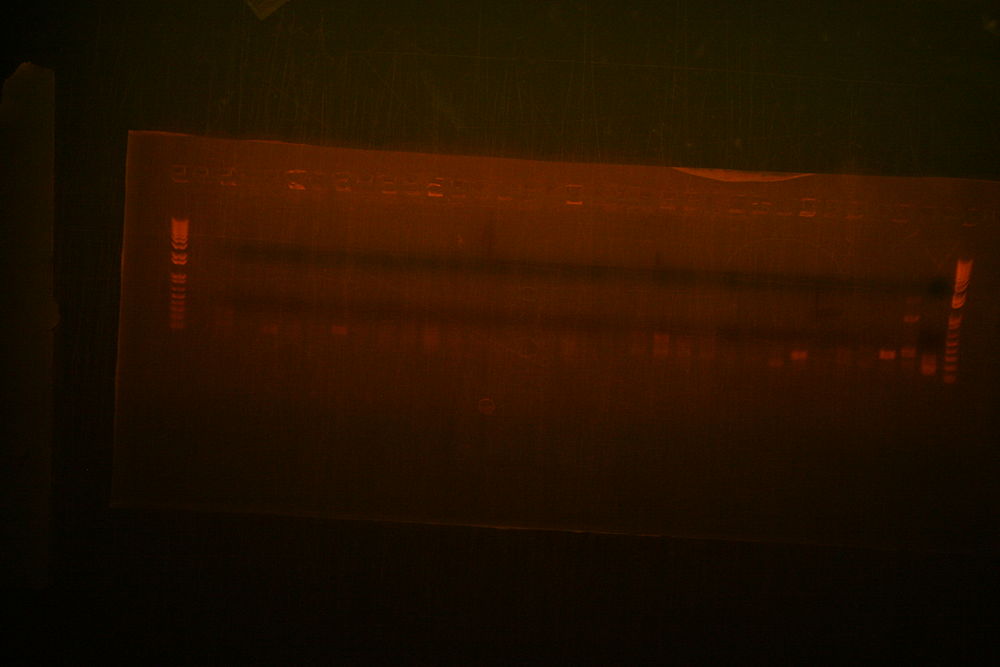