We participated in the Provo City's Kid's Science Palooza. It took place at The Center, right off of 500. We were there from 11-3:30. Set up was around 11 and people started coming at 11:45. Before that we were able to talk about synthetic biology and sort beads into various colors. We had lots of beads and three colors of string. At our booth there was a display board explaining synthetic biology and how we are using synthetic biology to solve world problems. While the kids were making their DNA we would talk to the parents about synthetic biology and see how much they new. We would then proceed to teach them about it and how it is not something that they should be afraid of an how the future will most likely rely on it due to the limitless possibilities. Reactions were surprisingly accepting most were super interested and great-full to become more informed. Some even asked where they could find more information. Other who were struggling with the concept of DNA were a little leery of genetic modifications in food. It was nice to help share information regarding genetic engineering.

With the kids the lesson we taught them depended on their age level. Common focuses were what is DNA? Where do you get DNA? What does DNA do and make? What is a gene? What is a promoter? What is genetic engineering? The kids proceeded to make their DNA bracelets. Most people made the bracelets with the bead signifying genes.

Next to our booth was the Micro and Molecular Biology Club's booth. They had some GFP bacteria there. It was great to show how we have used the swapping of genes to help solve problems.

It was a very good experience and very well attended.

Amy says, "I felt like it was a big success!!" Amy also said in describing the activity, "First we would ask the kids if they knew what DNA was, usually this was answered with a resounding no. We would go on to explain that our bodies were made up of all these tiny cells which make us who we are, inside these cells are little spaghetti like strands of DNA which tell the cell what they are and what they are supposed to do. The pieces of string we were cutting for bracelets were like this DNA, and just like DNA it has different genes which fill the "instruction-manual-like" DNA, and these were going to be the beads we put on our bracelets. In the end we would have a very fashionably finished DNA product!!!

This activity was a huge success, all the kids loved making bracelets, and as they were choosing their beads we had the chance to talk to their parents about what we do. " 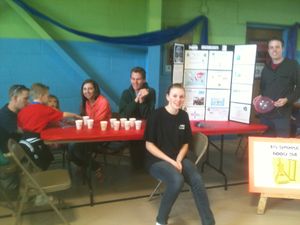 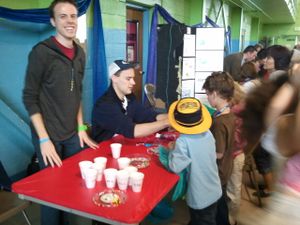 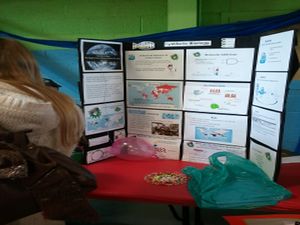 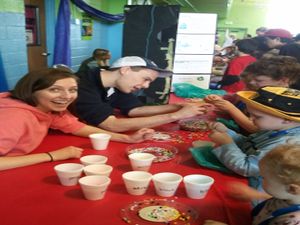 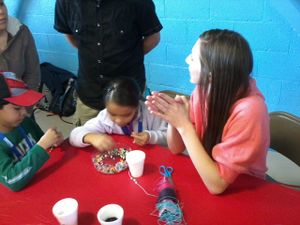 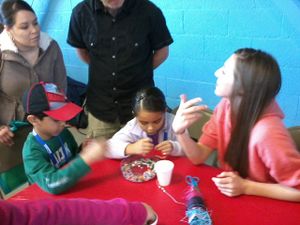 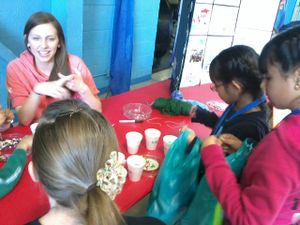