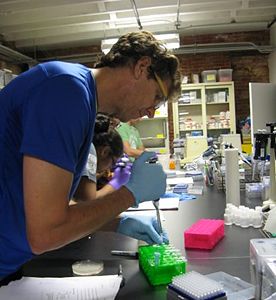 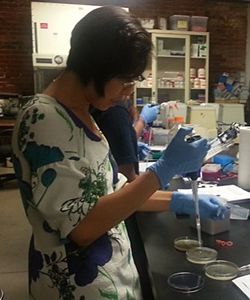 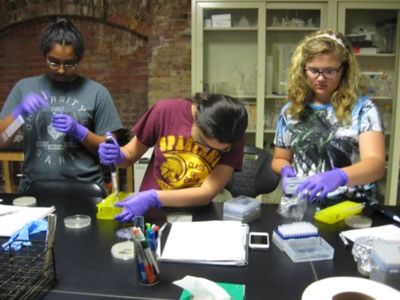 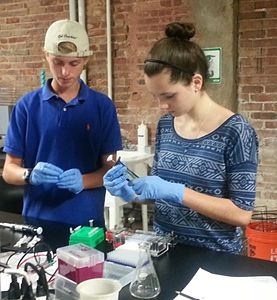 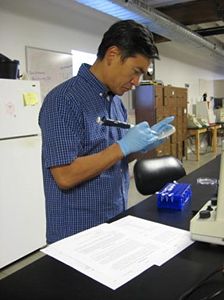 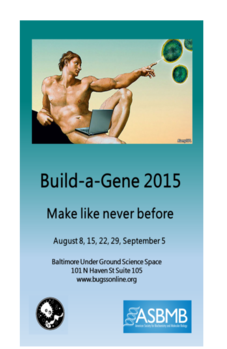 Since the Human Genome Project, scientists have become masters at reading the genetic code. But now, new technologies allow us to not only read DNA sequences, but also to write the genetic code! For several years, scientists have been able to laboriously synthesize DNA from short custom-designed fragments, but techniques are rapidly developing that allow scientists to assemble larger custom genes and genomes. This unprecedented ability to create and manipulate living organisms has opened new frontiers in our ability to create life in the lab.

In the “Build-a-Gene” class, we will perform the techniques that synthetic biologists use in genome synthesis by creating our own new semi-synthetic genome! We will apply synthetic biology techniques to create a viral genome (don’t worry, we’re working on viruses that only infect bacteria!) In addition to lab work, we will be discussing this brave new frontier in biological engineering- how this technology is currently being used to redesign cells and systems, and how society should respond to and regulate this new field. Join us as we learn to synthesize new genomes from scratch!

The course instructor, Dr. Lisa Scheifele, is a faculty member in the Biology Department at Loyola University Maryland.

For additional reading on these topics, click on the links below.

For an overview of synthetic genomics: [1]

Join us on August 22nd at 2 PM as bioethicist Debra Mathews from Johns Hopkins visits BUGSS to talk about the ethics of altering and editing genomes. Read a recent paper on the topic here: [18]

Bacteriophages ("phages") are viruses that infect and often kill bacteria. These phages are highly specific for their hosts. In fact, they are so specific that phages can be given to individuals infected with drug-resistant bacteria; the phages will infect and kill only the bacterial cells without affecting the human host. Given the growing problem of bacteria that are resistant to traditional antibiotics, scientists are looking to phages as an alternative therapy to combat bacterial infections [19] [20].

We will be applying the techniques of synthetic genome synthesis to bacteriophages. Specifically, we will be working with a Mycobacteriophage, which infects the bacteria Mycobacterium smegmatis, a soil-dwelling bacteria that is harmless to humans [21]. The Mycobacteriophage genome is 53,746 base pairs in length. This is too large for us to synthesize in one class, so we will focus on synthesizing one of its genes (Gene 68) and combining this one synthetic gene with the rest of the phage genome to create a semi-synthetic phage. We will have to see whether this semi-synthetic phage is still functional and capable of infecting its bacterial host!

Why would we want to do this? Many mycobacteriophages have been discovered and sequenced, but we know very little about the function of their genes or why those genes are arranged in particular ways. By synthesizing the genes from scratch, we can redesign them in any way we desire. This allows us to ask questions, to move things around, and to create new genes and genomes that have rationally designed functions.

Join us as we learn to synthesize new genes from scratch! The five sessions are designed to give a good survey of synthetic biology techniques while doing an interesting project. While we encourage you to take all five sessions, each session can stand on its own. You do not need to commit to all five sessions to enjoy the experience. There are no prerequisites!


For detailed information and experimental protocols for each of the course sessions, click on the links below.