This research project will be completed in conjunction with Nicole Anguiano and Chloe Jones.

Predicting the main physico-chemical properties of a protein 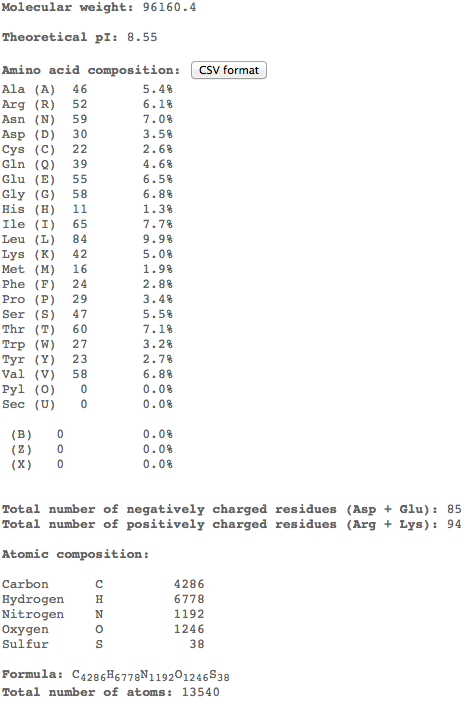 Digesting a protein in a computer

Predicting post-translational modifications in your protein 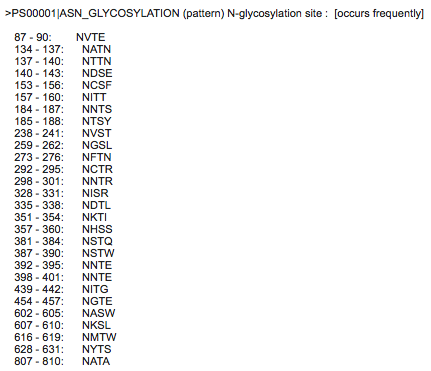 Finding Known Domains in your Protein

InterProScan was accessed and the FASTA sequence for glycoprotein gp160 was entered in the text box. Run was submitted. 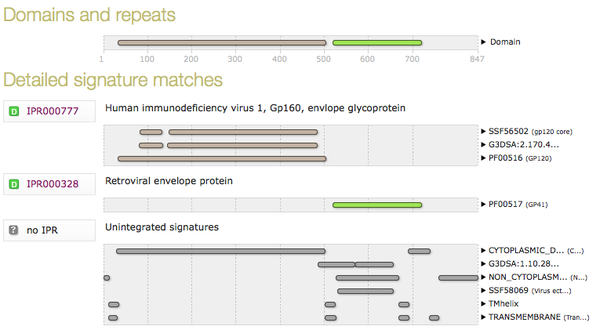 Predicting the secondary structure of a protein sequence: PsiPred 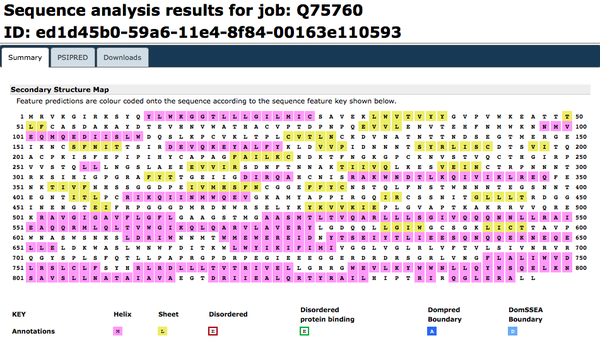 PredictProtein was accessed. A personal account was created and validated. The FASTA amino acid sequence for Q75760 accession number was inputted. 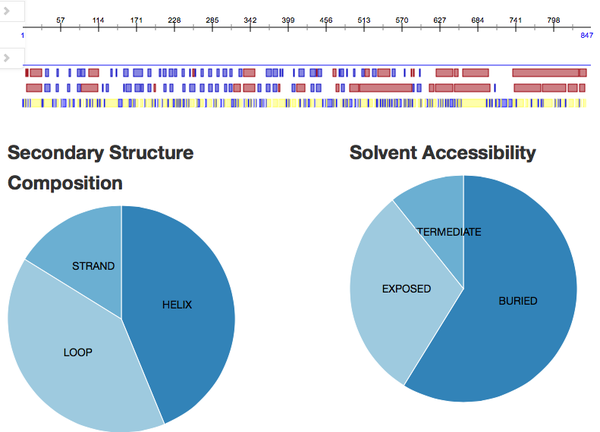 CN3D file was downloaded for the Hunag et al. (2005) crystallized protein from the NCBI website. Alpha helices were colored in green and beta sheets were colored yellow, using the coloring shortcuts. The true structure of the protein shows it to be predominantly composed of beta sheets of random coil, despite the prediction that alpha helices would be more prevalent (according to PsiPred). 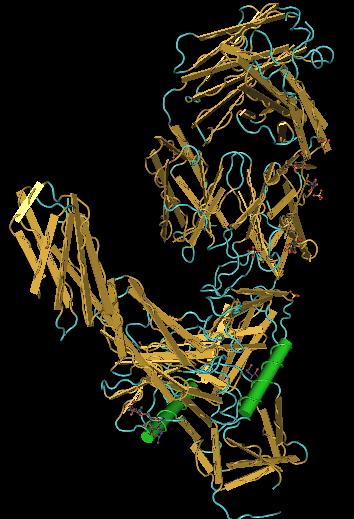