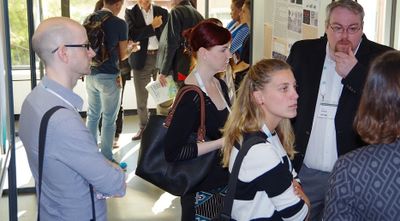 September 2016: Sophia Masterton joins the Ahearne lab. She will be examining the role of mechanical stimuli on the behaviour of corneal epithelial cells.

Mark Ahearne appears on RTE news to discuss his research. The Ahearne Labs research was also highlighted in the Irish Independent newspaper. 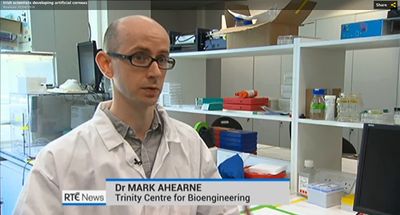 January 2016: Karl Kador, Julia Fernandez and Claire Kelly all presented their research at the 2016 Bioengineering in Ireland Conference. The meeting was held in Galway this year and was attended by researcher from all over Ireland.

October 2015: Julia Fernandez joins the Ahearne lab. She will be examining the influence of different biochemical signals on corneal cell behavior. In other news, Amy Lynch presented her research on corneal decellularization and chaired a session in corneal bioengineering at the European Vision and Eye Research Congress in Nice, France.

September 2015: Claire Kelly joins the Ahearne lab as a PhD student. She will be examining the effect of physical cues on corneal cell behavior. In other news, Amy Lynch had a poster at the 4th TERMIS World Congress in Boston, MA.

May 2015: Members of the Ahearne lab have manuscripts accepted for publication in Tissue Engineering Part C and Artificial Organs.

March 2015: Anna-Klara Amler, an ERASMUS sponsored visiting student from Technische Universitat Berlin, has joined the lab for 3 months to undertake a study examining the influence of environmental conditions on corneal stromal cell behaviour.

February 2015: Dr. Samantha Wilson wins poster prize at the Nottingham Eye Symposium and Research Meeting. [1] The research for this poster was in part carried out at the University of Nottingham by Amy Lynch and Dr Wilson as part of a COST Action (BM1302) funded Short Term Scientific Mission. 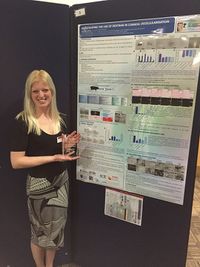 January 2015: Article published in the Engineers Journal on the research being carried out in Dr Ahearnes lab. Full article can be found here [2] 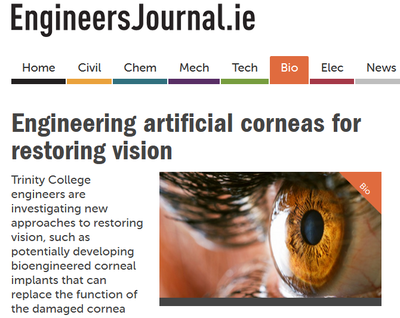 November 2014: Group have paper accepted for publication in Cell Regeneration entitled "Combined influence of basal media and fibroblast growth factor on the expansion and differentiation capabilities of adipose derived stem cells".[4] Mark also has review paper accepted for publication in Toxicology with Dr. SL Wilson and Dr A Hopkinson at University of Nottingham entitled "An overview of current techniques for ocular toxicity testing".[5]

October 2014: Three new students in the final year of their masters in engineering (MAI) at Trinity College Dublin have joined the research group to work on different projects. Aron Coyle will be developing hydrogels for corneal regeneration, Sepideh Zamani will be fabricating nanofiber corneal scaffolds and Philip Byrne will be examining the mechanical characteristics of corneal tissue.

September 2014: Mark presents lectures entitled "Introduction to corneal scaffolds" and "Hydrogels for corneal regeneration" and gives a practical demonstration and training on how to manufacture collagen hydrogels at the BM1302 COST action training school held at the University of Nottingham, UK. 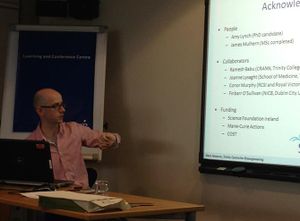 May 2014: Mark promoted to Senior Research Fellow. This title is only awarded to those leading research groups and have demonstrated a significant impact on their field of research.

April 2014: Group receives funding to undertake a 4 week short-term scientific mission to Academic Ophthalmology at the University of Nottingham funded by COST action BM1302 "Joining forces in corneal regeneration". The collaboration will focus on recellularization and structural analysis of decellularized corneal tissue.

January 2014: James Mulhern joins the research group to work on his MSc in bioengineering project to develop nanofiber-hydrogel composites for corneal tissue engineering.

October 2013: Mark was appointed to the management committee of COST action BM1302 (Joining forces in Corneal Regeneration Research). During their inaugural meeting in Brussels he was elected vice-chair of the “scaffold development” working group within this action.

September 2013: Amy was awarded a travel grant worth €500 for best abstract in her section (Corneal and Ocular Science) at the European Vision and Eye Research Annual Conference, Nice, France. The talk was entitled "Influence of growth factors on keratocyte phenotype in serum free media". 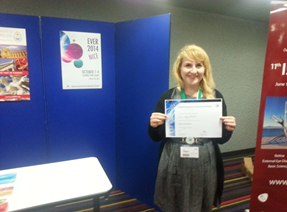 January 2013: Amy was awarded the DePuy Young Researcher Award for the best young researcher presentation at the 19th Annual Bioengineering in Ireland Conference. Her talk was entitled "Development of a decellularized scaffold for corneal tissue engineering". 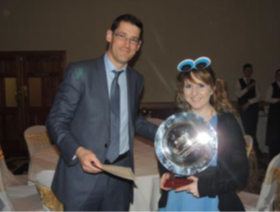 July 2012: Research in the area of corneal tissue regeneration commences at the Trinity Centre for Bioengineering following the award of a starting investigator grant from Science Foundation Ireland and the Marie-Curie COFUND to Dr. Mark Ahearne.