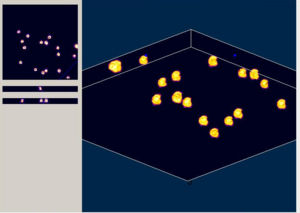 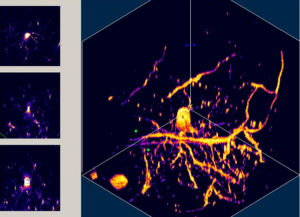 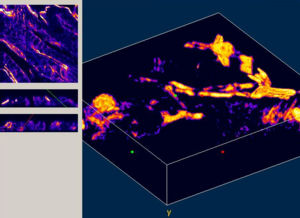 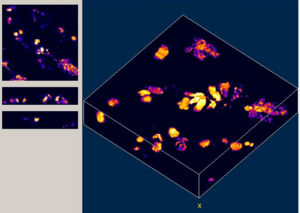 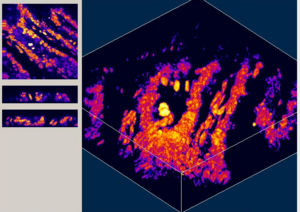 The beads appeared elongated and slightly deformed, likely an artifact of the field of excitation.

A square area in the upper right (x-y plane) was photobleached by accident.