From OpenWetWare
< User:Trevor W. Gruen
Jump to navigationJump to search

Hypothesis: If the zebrafish eggs are exposed to 1% ethanol for their first two weeks dpf, then birth defects and a higher mortality rate will occur.

Prediction: The 1% ethanol will hurt the eggs development in a variety of ways, including but not limited to: birth defects, slower rate of growth, and a higher rate of mortality.

Observations and Notes: Day 8: Some of the experimental fish are skinnier than their control counterparts, and have a noticeable bend in their upper half. Ethanol group appears to be substantially more motile than control group, with many of the specimens swimming in fast circles constantly. BPM could not be taken for experimental group for most of the experiment due to hyper-motility. BPM were not measured for the final 2 observation days due to concerns about killing the few remaining specimens with the pipette.

The 3 organisms listed above are the only organisms found in the Bernese funnel extract, all 3 of which were in the lower half of the sample. Based on the results, it seems that the Bernese funnel didn’t function properly considering how few organisms were found in the extract. The largest of the organisms was the spider, and the smallest the unidentified mite. It seems based on this sample that mite type insects are the most common in leaf litter, such as the unidentified mite and the flea. The only difference between the upper half and lower half of the extract is that the upper half didn’t have any organisms at all, just some small specks of the leaf litter.

Some vertebrates that may be found within the transect include eastern grey squirrels (Sciurus carolinensis), eastern chipmunks (Tamias striatus), raccoons (Procyon lotor), house sparrows (Passer domesticus), and American robins (Turdus migratorius). The transect would be a comfortable place for any of these species to inhabit based on it's relative seclusion within the campus (few people ever enter the pond area in front of McKinley, people often walk past without even noticing the sitting area), as well as the presence of several tall trees and plenty of bushes and leaf litter for constructing nests/burrows. The squirrels found on campus represent ecological communities well, as squirrels can be seen chasing each other, fighting, and stealing each other's food frequently. The carrying capacity of campus for the squirrels seems to be relatively high, since there is no shortage of squirrels anywhere on campus. All of the above organisms fall into the herbivore trophic level, with the exception of raccoons that would likely fall into the category of secondary consumers based on their scavenging habits.

Based on the vascularization, #1 and #3 are dicots and the other 3 are all monocots.

Hay Infusion Observations: Much of the water evaporated, and the thick moldy layer on top has largely dissipated. The smell of rot has become nearly undetectable. I would hypothesize that much of the organic matter that composed the thick top layer was food for the microorganisms in the jar, and they had consumed much of what had been there the prior week. This would explain why much of the matter and the smell were missing. Archaea likely won’t have grown on the agar plates since they prefer extreme environments, and the plate is not nearly extreme enough.

Comparing between the plates with and without antibiotic, the plates with Agar grew substantially less colonies. This indicates that the antibiotic is effective against some of the types of bacteria grown on the plates, but not all of them since some colonies grew in the higher concentration plates. 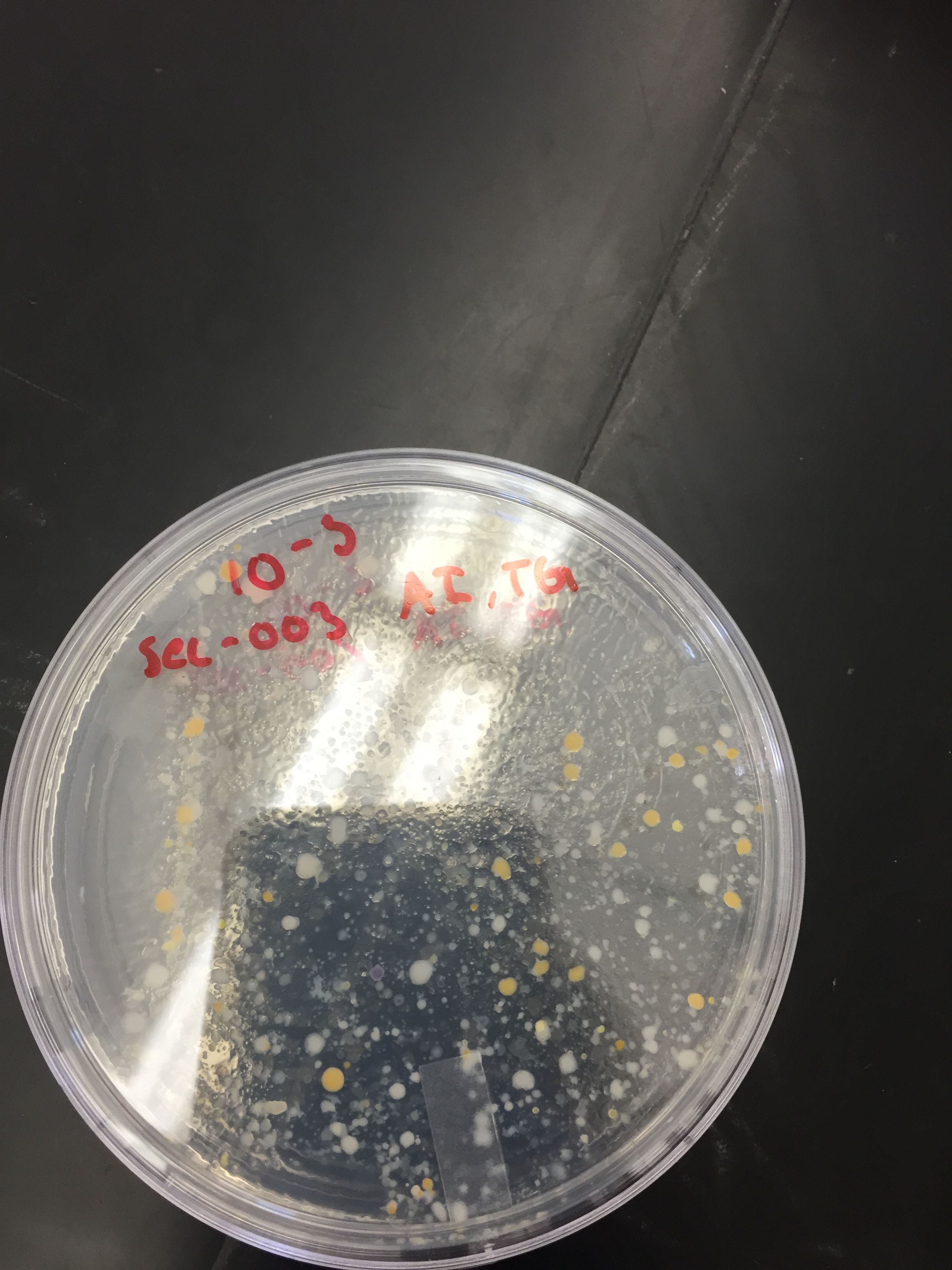 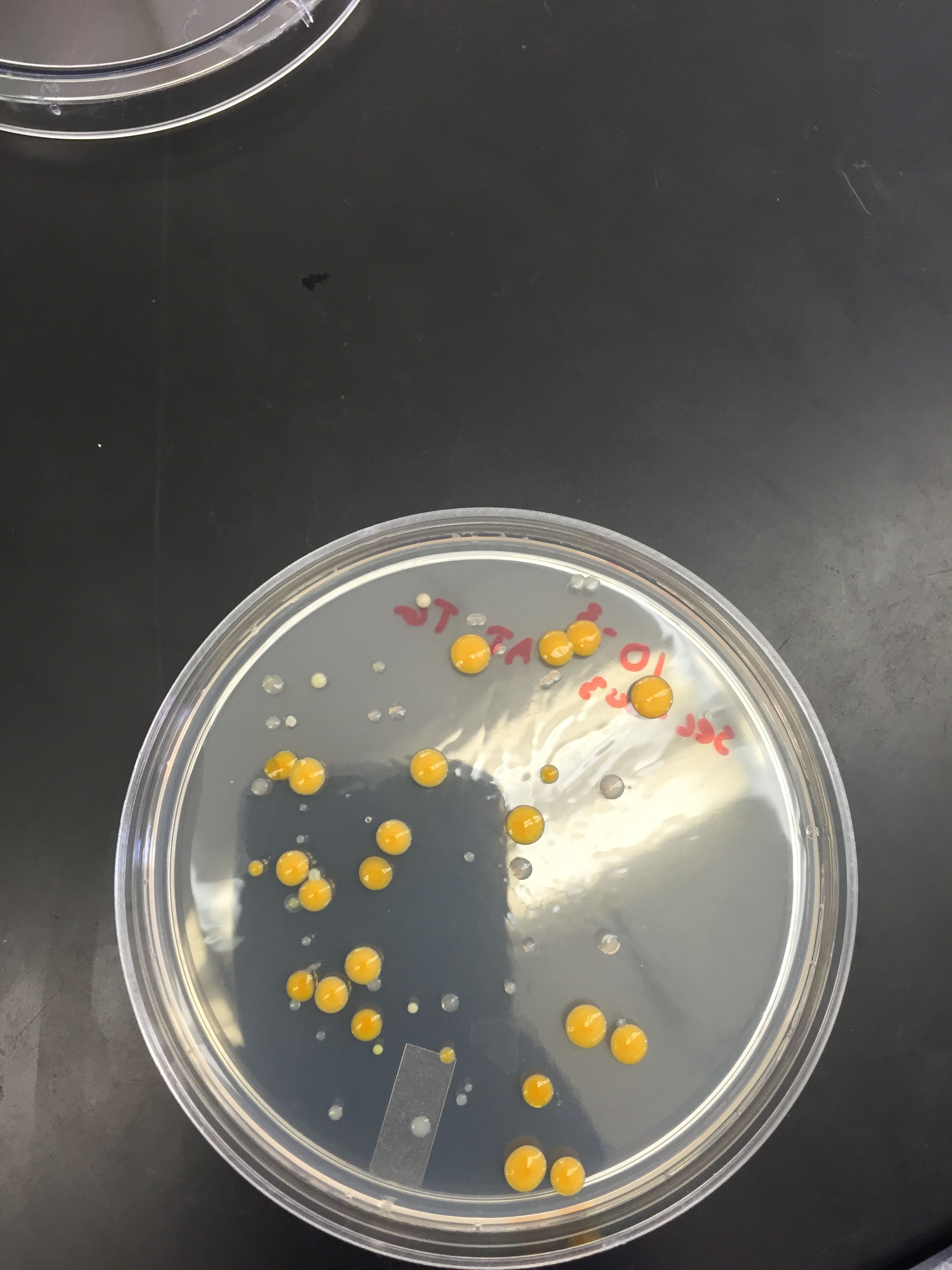 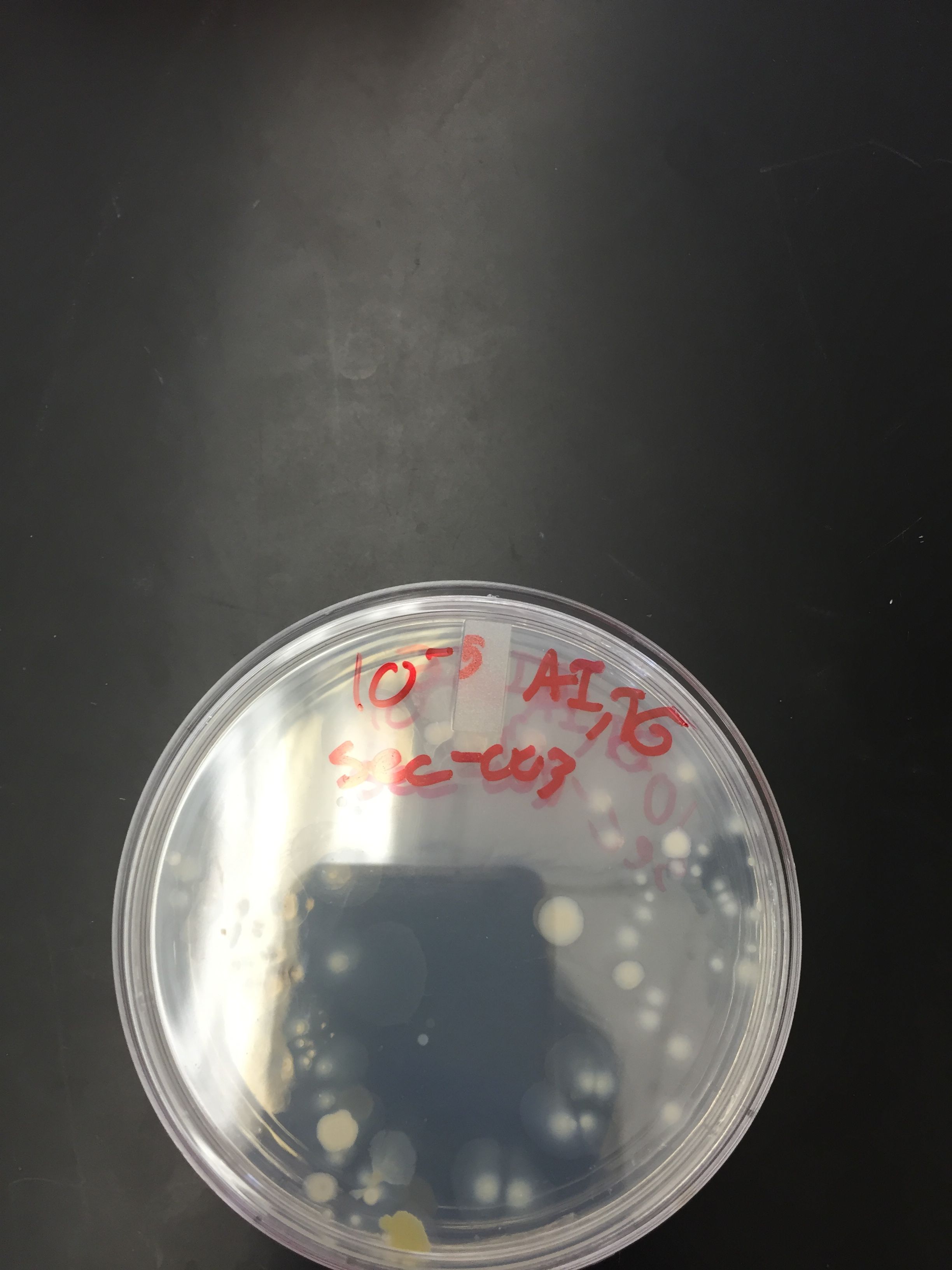 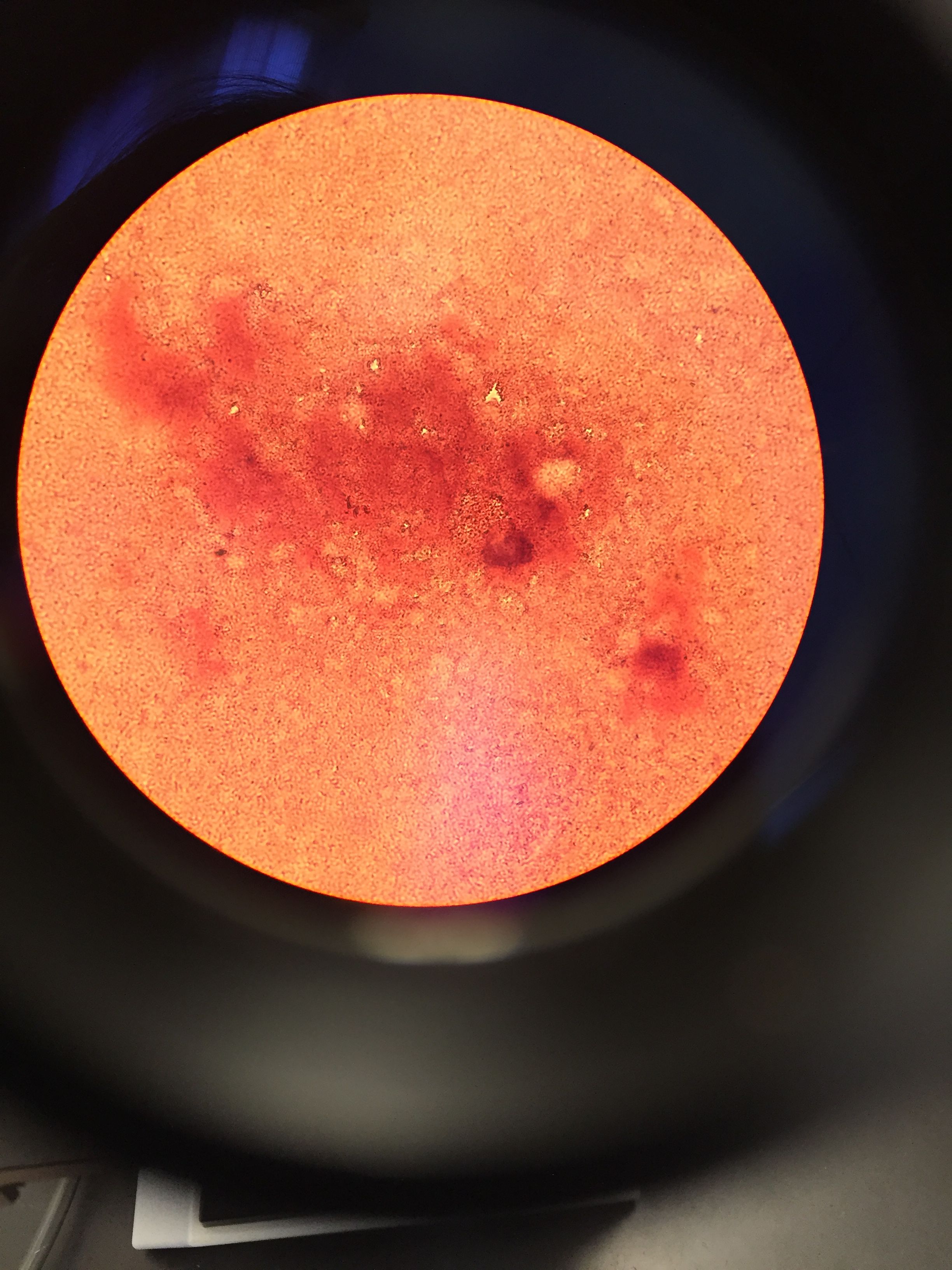 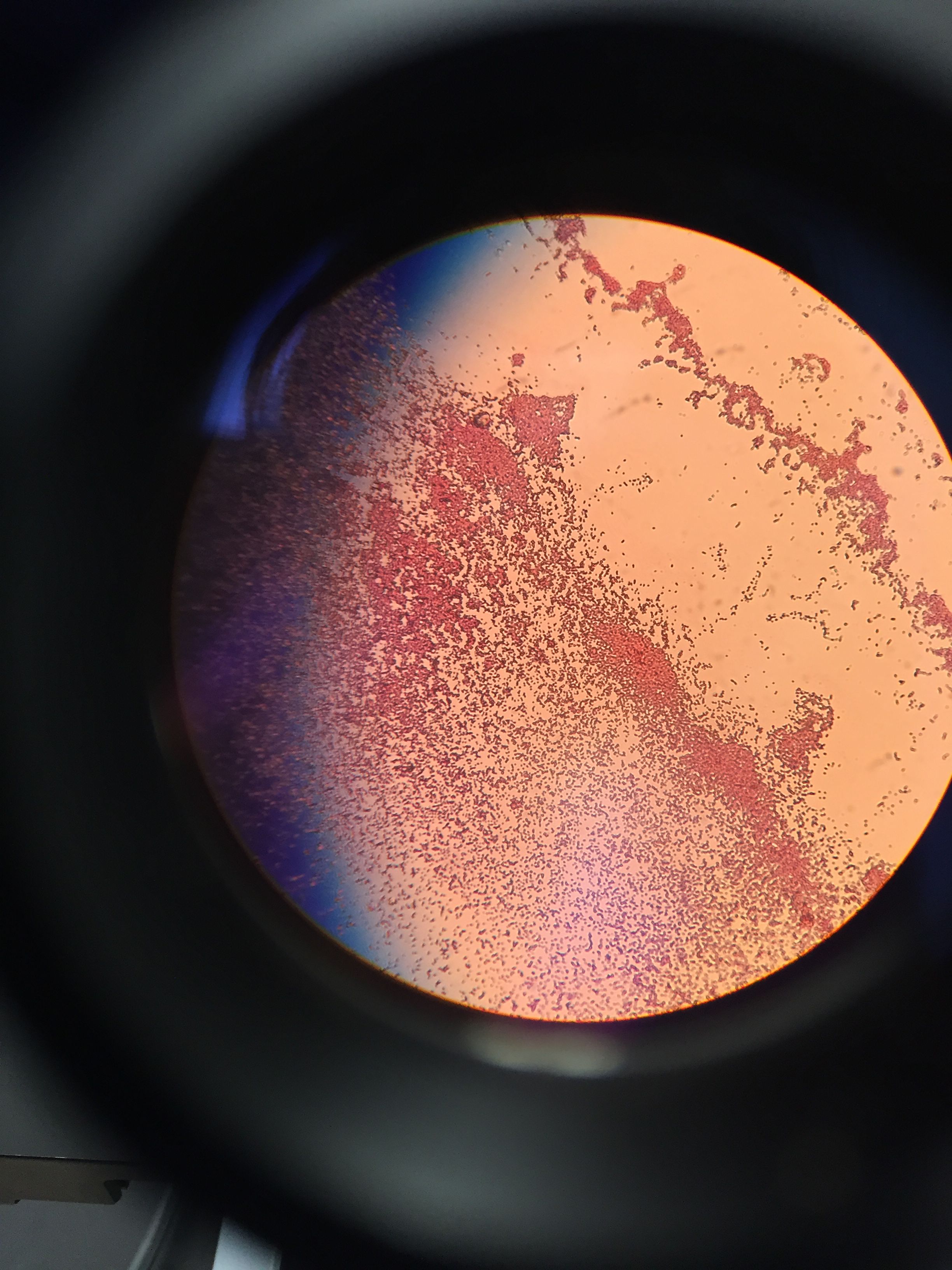 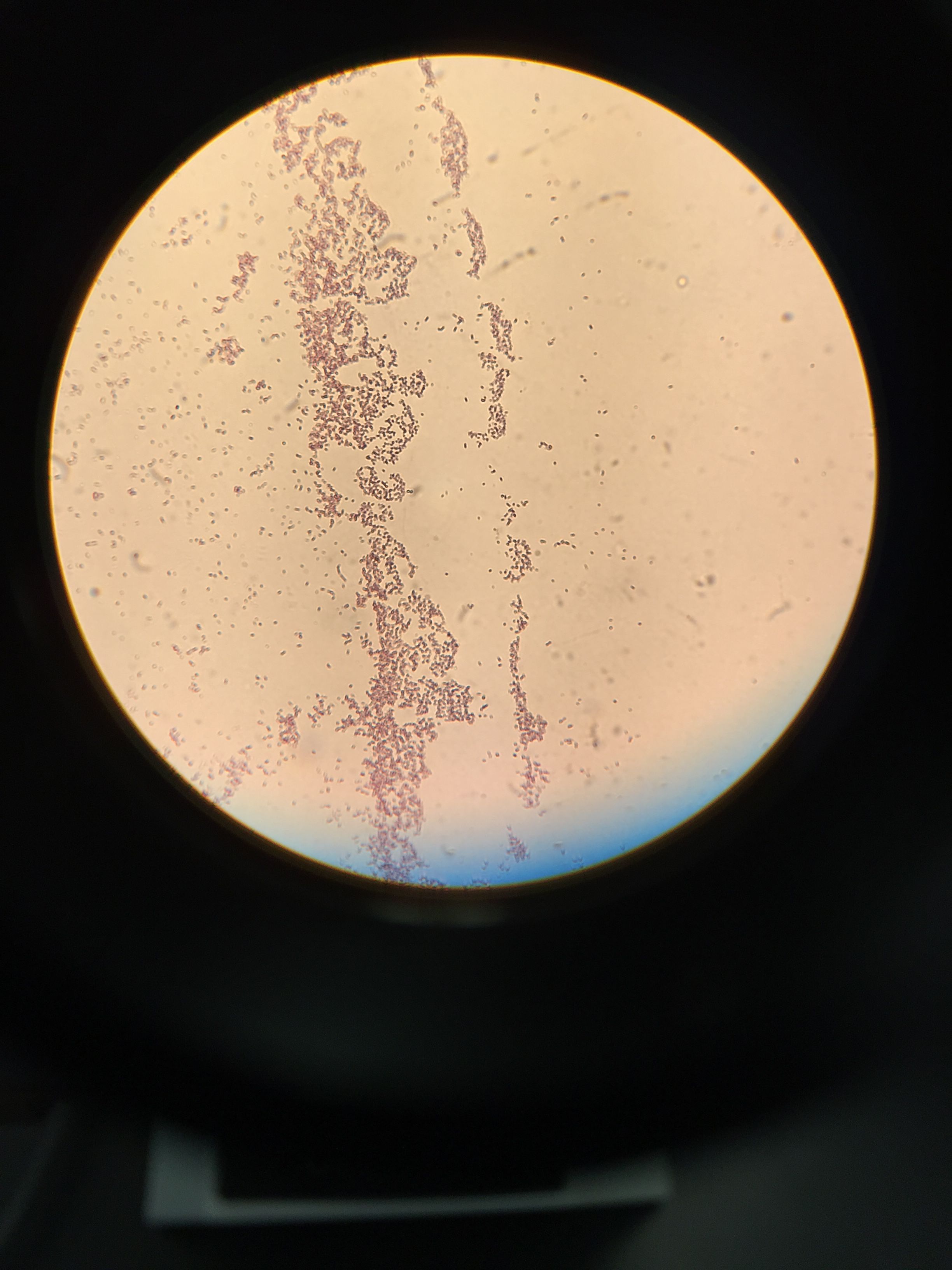 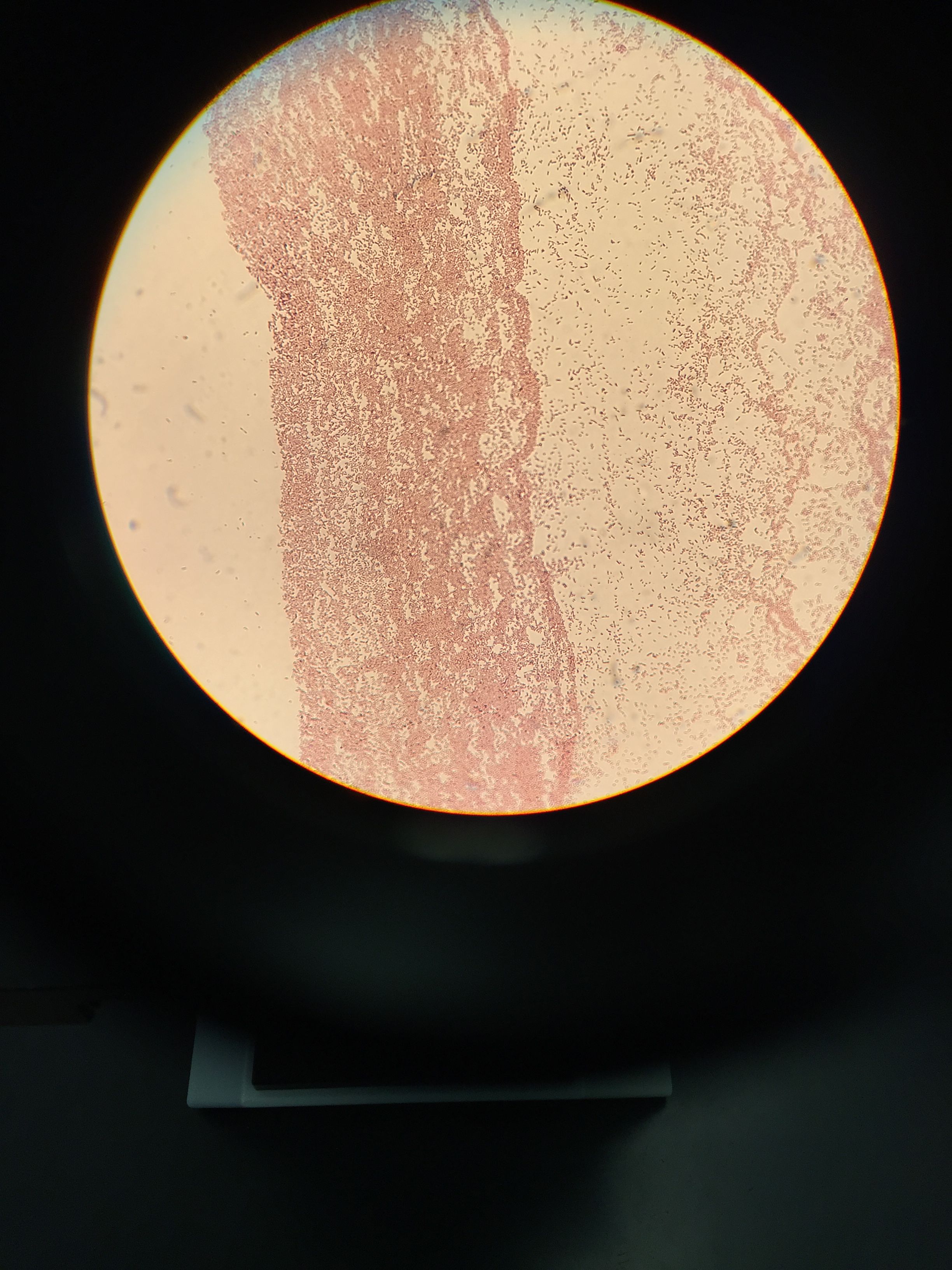 The hay infusion (Photo 1 and 2) is made up of three distinct regions, a thick moldy layer on top, a opaque layer in the middle with almost no solids, and a thick dark layer at the bottom. The top layer appears to have a air pocket held by the mold. The infusion smells of feces and rot. While there is mold present on the top of the liquid, no green shoots were present. Surprisingly, the top layer contained almost no life visible in the microscope, granting that the top sample was taken from the clear liquid between the mold patches rather than directly from the mold. The middle layer contained a good amount of life, with a visible paranema that measured 25 micrometers (Fig.1) and an unknown microorganism that measured 82.5 micrometers (ﬁg. 2) that was not identiﬁable with the dichotomous key. Neither of these organisms were visibly motile. The bottom layer was the most ﬁlled with life, with an very high concentration of small, clear organism swimming around very quickly (Photo 3). Considering the needs of life outlined in the Freeman text, the small clear organisms in the bottom layer are able to acquire energy from the rotting organic material at the bottom of the jar, are unicellular, contain their coding within the small bubble that are their bodies, can split to reproduce, and have demonstrated the ability to adapt by possessing the ability to swim very quickly in water. If the hay infusion were allowed to grow for another two months, I would predict that the organisms present would have denser populations within each niche, and there may be some unpredictable interactions as organisms from each niche discover and interact with each other.