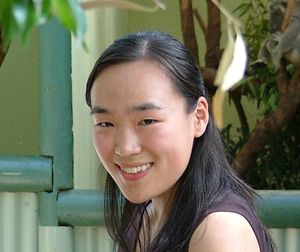 Programming genetic circuits in mammalian cells requires flexible, tunable, and user-tailored gene-control systems. However, most existing control systems are either mechanistically specific for microbial organisms or must be laboriously re-engineered to function in mammalian cells. Here, we demonstrate a ribozyme-based device platform that can be directly transported from yeast to mammalian cells in a “plug-and-play” manner. Ribozyme switches previously prototyped in yeast are shown to regulate gene expression in a predictable, ligand-responsive manner in human HEK 293, HeLa, and U2OS cell lines without any change to device sequence nor further optimization. The ribozyme-based devices, which exhibit activation ratios comparable to the best RNA-based regulatory devices demonstrated in mammalian cells to-date, retain their prescribed functions (ON or OFF switch), tunability of regulatory stringency, and responsiveness to different small-molecule inputs in mammalian hosts. Furthermore, we observe strong correlations of device performance between yeast and all mammalian cell lines tested (R2 = 0.63–0.97). Our unique device architecture can therefore act as a rapid prototyping platform (RPP) based on a yeast chassis, providing a well-developed and genetically tractable system that supports rapid and high-throughput screens for generating gene-controllers with a broad range of functions in mammalian cells. This platform will accelerate development of mammalian gene-controllers for diverse applications, including cell-based therapeutics and cell-fate reprogramming.

A major objective of synthetic biology is to make the process of designing genetically encoded biological systems more systematic, predictable, robust, scalable, and efficient. Examples of genetic systems in the field vary widely in terms of operating hosts, compositional approaches, and network complexity, ranging from simple genetic switches to search-and-destroy systems. While significant advances in DNA synthesis capabilities support the construction of pathway- and genome-scale programs, several design challenges currently restrict the scale of systems that can be reasonably designed and implemented. Thus, while synthetic biology offers much promise in developing systems to address challenges faced in the fields of manufacturing, environment and sustainability, and health and medicine, the realization of this potential is currently limited by the diversity of available parts and effective design frameworks. As researchers make progress in bridging this design gap, advances in the field hint at ever more diverse applications for biological systems.