Contol of the levels of cholesterol (intracellularlly and extracellularly) occurs through three different ways.

The formation of new cholesterol from Acetyl-CoA or similar derivatives is commonly known as the de novo pathway as it utilizes fundamental building blocks such as acetyl-CoA instead of using preexisitng sterols and modifying side chains. Since HMG-CoA reductase is the rate limiting step of cholesterol biosynthesis, it is the main enzyme targeted first when controlling cholesterol biosynthesis. This control is achieved by two different methods. First, short-term regulation arises by allosteric inhibition of the enzyme, either competitively or non-competitively as well as covalent modification via phosphorylation at specific sites. Second, long-term regulatin is achieved by controlling the amount or concentration of enzyme in the cell. Long term feedback regulation of HMG-CoA reductase is the primary means of controlling the amount of enzyme in the cell. Negative feedback resulting from high or low levels of mevalonolactone (an intermediate that forms mevalonate) and LDL-cholesterol determines the levels of transcription of the gene responsible for HMG-CoA.

Regulation of the esterification of cholesterol is governed by the enzyme acyl-CoA:cholesterol acyltransferase (ACAT). This enzyme is in turn regulated by reversible phosphorylation and by long-term control via protein synthesis methods. Increasing the activity of ACAT will augment the conversion of cholesterol to cholesterol esters, which can be stored in the cell.

Transcription of HMG-CoA reductase and other enzymes on the biosynthetic pathway of cholesterol are regulated by the sterol regulatory element (SRE), the promotor where the transcription factor (in this case, SREBP) binds. This is the main method by which long term regulation of HMG-CoA reductase is controlled. Under normal conditions when cholesterol is present in sufficient quantities within the cell, the sterol regulatory element binding protein (SREBP) can be found as in integral membrane protein on the endoplasmic reticulum and nuclear membrane. When cholesterol levels are diminished, the SREBP is cleaved releasing it into the cytoplasm where it subsequently enters the nucleus via the nuclear pores to attach to the SRE and hence initiate transcription of the genes responsible for the biosynthesis of cholesterol.

The catalytic portion of HMGR is a known tetramer. The enzyme itself has a membrane domain contaning a sterol sensing domain responsible for the enhanced degradation of HMGR in response to increased concentrations of oxysterols. The degradation rate of HMGR (and hence the rate at which the enzyme becomes inactive) is also dependent upon the dissociation of the tetrameric domains. Cleavage into monomers results in the increased accessibility of HMGR to protease cleavage and inactivation of the enzyme.

HMGR's sterol sensing domain is similar to domains found at other proteins such as SCAP. Although the actual activity of SCAP is ambiguous, it is known that this protein cycles between the endoplasmic reticulum and the golgi body. SCAP influences the transport of SREBPs to post-ER compartments where the transcription factor becomes mature and activated.

The active site of HMGR contains two binding pockets for HMG-CoA and NADP+, the two substrates necessary to produce mevalonate from HMG-CoA. Phosphorylation occurs at S872 and the phosphorylation by AMP-activated protein kinase and HMG-CoA phosphorylase is thought to activate the enzyme.

The cyclic group of statins is thought to attach to the binding pocket for NADP+ by mimicing the nicotinamide ring. Statins are thought to also inhibit the enzyme by exploiting the HMG-CoA binding pocket as well. Thus, it can be inferred that the action of statins constitutes competitive inhibition to HMGR.

Reverse cholesterol transport is the process by which HDL particles take up free cholesterol, esterify it, and transfer it to triglyceride rich lipoproteins for transport to the liver for disposal. This pathway may account for the protective role of HDL against cardiovascular disease. 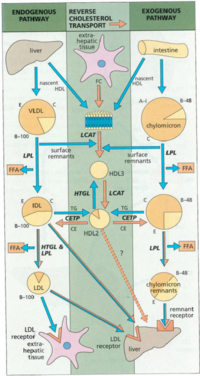 Figure 1 The exogenous and endogenous pathways for lipid transport 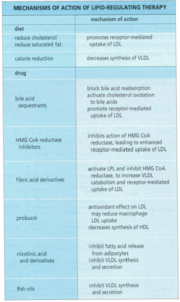 Figure 2 The mechanisms of action of lipid-regulating therapy

Two main methods of regulating lipids have proven effective. The first method involves diet regulation by reducing choelsterol, saturated fat, and calorie intake. The second method involves the use of drugs which act on different pathways as shown in Figure 2.

Familial Hypercholesterolemia is an autosomal dominant (Feher 1997) trait. Homozygotes for this disorder lack functional LDL receptors, so the cells cannot take up any LDL or IDL. This results in plasma cholesterol levels up to five times higher than average. Heterozygotes have half of the normal number of functional LDL receptors and thus only haev plasma cholesterol levels about twice the average.

Ingestion of a high cholesterol diet has a similar, but less extreme, effect as FH. Since cholesterol levels in the cell are already saturated, no more LDL receptors are made and presented on the cell surface, resulting in the high level of LDL in the blood plasma.

Methods for reversing the conditions of high blood cholesterol besides maintaining a low cholesterol diet are: