The purpose of this lab is to study what happens when electrons act as waves and to attempt to verify the de Broglie hypothesis, as well as to measure the spacing of planes in graphite.

In this lab, as in most others, it is important to be careful around electricity and avoid touching frayed or ungrounded wires. In this lab, we were advised by the manual not to let the anode current exceed 25mA, but we had little control over this. 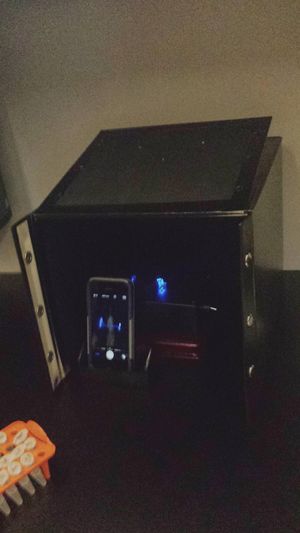 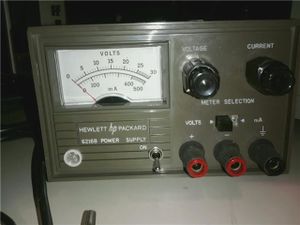 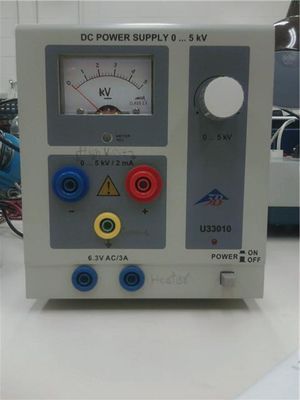 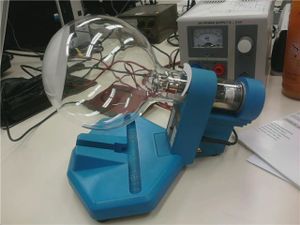 We switched on the main power supply after checking to be sure it was set to 0 volts, then switched on the low voltage bias. After waiting a few minutes for everything to heat up, we set our initial voltage to be 4kV, as this was the highest voltage we found we could reach without causing the graphite to glow. Using the calipers, we measured the diameters of the two rings that appeared on the phosphorus screen. We decreased our voltage by .1 kV and remeasured the inner and outer diameter, continuing this to 2.5kV, after which the rings became too difficult to discern clearly. We did this three times. At no point during a set of measurements did we find it necessary to adjust the trajectory of the beam using the magnet. 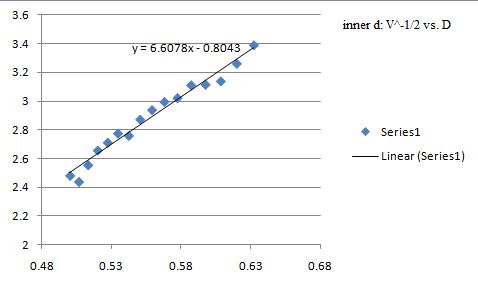 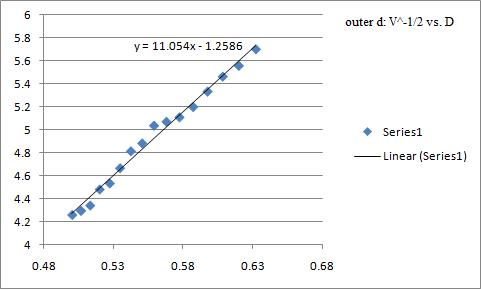 To correct for the thickness of the glass tube, we adjusted D to be

Since the electrons from the particle beam do not travel all of L, but only to the screen, we corrected L also.

The error in this lab was probably incurred by inaccuracy in measuring the diameters as they grew fuzzier, as opposed to due to calculation.

Cristhian Carrillo was my lab partner for this experiment. I referenced Professor Gold's manual. My photos are from Alex Andrego's lab notebook.