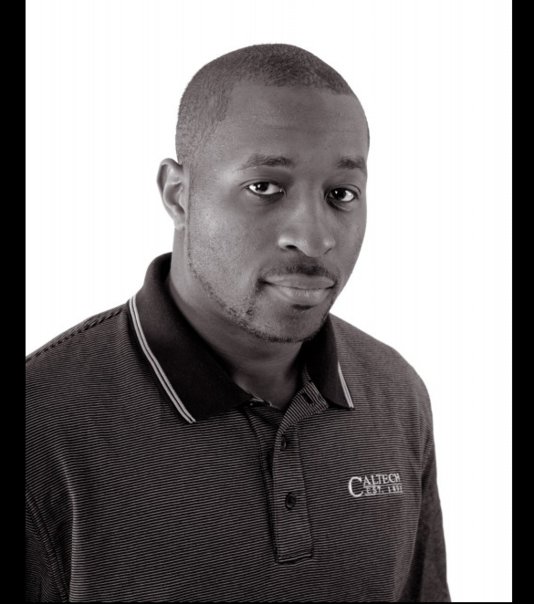 Geoffrey was born on November 15, 1986 in Berkeley, CA. He moved to San Jose once his mother decided to relocate in 1987. In 1991 he had open heart surgery to repair a leaky valve. Since then he has commited his life to science and the advancement of medicine. In 2004 he graduated from Gunderson High School in San Jose, CA and entered the Genetics program at the University of California, Davis. He was very ambitious once he entered UC Davis and decided he would complete his B.S. in three years. While he was on his ambitious Journey, he participated in the California Alliance for Minority Participation in Science, Biological Undergraduate Sciences Program, National Society of Black Engineers (2004), Founded the ASUCD Committee on Science and Engineering (2006), Founded Black Educators Society: Black Male Mentorship Program in Science and Engineering, Phi Beta Sigma, and Sigma Xi. He conducted research under the guidance of Professor of Evolutionary Genetics Bradley Shaffer (2004-2005), his main project focused on resolving the phylogenetic relationships of the family Emydidae using mtDNA and nuDNA. He also worked with Dr. David J. Segal Assistant Professor of Pharmacology (2005-2007), his project was on optimizing zinc-finger nucleases as a method of gene correction via homologous recombination. During the summer of his sophomore year he was awarded an Undergraduate Summer Research Fellowship at the National Institutes of Health: NHLBI. He worked with Senior Investigator Dr. Robert Kotin in the Laboratory of Biochemical Genetics (Headed by Dr. Marshall Nirenburg), on the systematic characterization of rAAV-shRNA as method of Glioma Gene Therapy. Currently, he is a doctoral student at the California Institute of Technology in the Department of Biochemistry and Molecular Biophysics.

Advisor: Howard B. Shaffer, Professor of Evolution and Ecology

CAMP Symposium: Most Outstanding Poster Presentation in the field of Veterinary Medicine (2006)