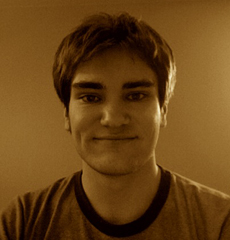 In 2008 I graduated from the University of California, San Diego with a degree in Bioengineering/Bioinformatics. I worked in many different labs, on projects relating to comparative genomics, proteomics, and microfluidics.

From July 2008 to Aug 2009, I worked as a Whitaker Bioengineering Fellow in the Department of Oncology at the University of Cambridge. I worked with Simon Tavaré on building a multiplex platform to assess CpG methylation using bead-based sequencing.

I was a member of the Cambridge 2008 iGEM team. We attempted to generate complex patterns using a quorum-based reaction diffusion system in Bacillus subtilis.

I'm currently a PhD Student in the Harvard/MIT Division of Health Science and Technology, in the Bioinformatics and Integrative Genomics Program. In August 2010 I joined the George Church Lab in the Department of Genetics at Harvard Medical School. We are currently developing a variety of methods to rapidly modify whole genomes in multiplex using recombineering and low-cost multiplex DNA synthesis.

Check out my publications and CV at my website: http://www.dbgoodman.com.