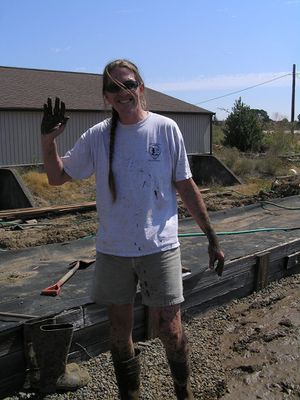 I am a graduate of Community High School in Ann Arbor, MI. I Completed undergraduate work at The University of Arizona, where I was also a member of the Laboratory of Tree-Ring Research.

After graduation I worked a number of positions with the U.S. federal government, usually as a Biological Sciences Technician. This included positions at Sequoia and Kings Canyon National Parks, the USGS field station at Sequoia and King Canyon National Parks, the Riverside Fire Lab, Dorena Tree Improvement Center, and Death Valley National Park. As a graduate student my work with the federal government included a position as a crew leader on a meadow monitoring team in the Sierra Nevada of California as well as several positions at the USDA Forest Service's Pacific Northwest Research Station.