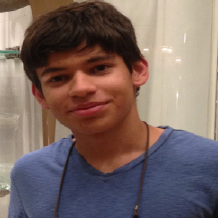 I work in the Endy Lab at Stanford University. I learned about OpenWetWare from a Biobuilder Workshop in high school, and I've joined because I'm working on the build-a-cell project for 2017 Summer REU. I've been a part of a few iGEM teams in the past and currently help organize an iGEM mentorship program.

1. Democratizing Synthetic Biology Traditional molecular biology tools are difficult to utilize in non-lab settings, particularly in a high school. Being able to engage this subset of the community would help solidify a culture surrounding synthetic biology as accessible and democratic as well as spread the word about the relatively new field of synthetic biology. Thus, building the tools, both physical and social, to achieve these goals is a priority of mine.

2. Standardizing and Scaling Up Genetic Logic Gates Genetic logic gates are more energy efficient than their electrical counterparts and can be used to process information that such an electrical circuit would not easily have access to. These facts have motivated research in creating genetic logic elements, though we have yet to create and adopt a standard architecture that could be used to respond to arbitrarily many control signals.

3. In vivo DNA synthesis Though economies of scale are helping cause in vitro DNA synthesis costs to drop, the current methods of manufacture are highly amenable to centralized production. This makes it harder for certain users to iterate around the design-build-test cycle, slowing innovation. Inducible in vivo production of DNA could help democratize synthesis, as the DNA synthesis organisms themselves can be replicated and distributed cheaply. However, centralized control of DNA synthesis plays a major role in current biosecurity strategy, so finding a replacement to suhc strategy is equally important to consider.