I am Tom Ellis, senior lecturer in Synthetic Biology at Imperial College London. 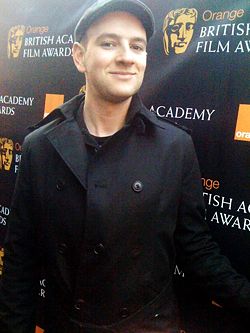 My research interests are synthetic biology, genetic engineering, the function of DNA sequence, standards in biological engineering, extreme life and the evolution of cells.

I obtained a PhD in Pharmacology from the University of Cambridge under the supervision of Prof. Michael J. Waring in 2004. My thesis examined a class of drugs that bind directly to DNA sequences, investigating their use as synthetic gene expression regulators that target critical promoter elements of genes. I followed-up this PhD research until 2005 at a drug-discovery biotech where I set-up a biological screening unit and developed high-throughput assays to characterise the interactions between DNA-binding drugs and the promoters of genes known to play a key role in cancer.

I returned to academic research in 2005 to spend two years investigating synthetic biology at Boston University, USA. Working in one of the founding groups of the field under the supervision of Jim Collins, I devised a synthesis-based library approach to engineering gene regulatory networks and was able to model and implement this method in nonlinear systems and with phenotypes relevant to biofuel and beer production.

In 2009 before joining Imperial College, I returned to the UK to research synthetic biology at the Institute of Biotechnology at University of Cambridge. I helped supervise their world champion 2009 iGEM team E.Chromi while developing synthetic biology tools for mammalian cells and investigating the use of synthetic biology to protect cells in extreme environments.

My professional web profile with Imperial is http://www3.imperial.ac.uk/people/t.ellis