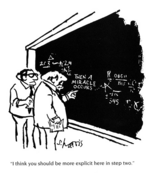 Our Focus: How do kinesin motors know what cargo to pick up and where to go?

A single type of kinesin motor performs many different jobs that involve transporting distinct cargoes to specific locations, and kinesins often cooperate with other motors in cargo transport. Our research seeks to determine how different regulators can initiate or stop kinesin-driven movement of specific cargoes in response to particular cellular cues. We aim to understand and to be able to manipulate kinesin-driven cargo movement at the molecular level.

See a video of a kinesin motor moving a cargo along a microtubule in the video here: | Video ; This video is called "The Inner Life of the Cell", made by Harvard University and XVIVO Animation. It features kinesin from 1:15-1:25. Note that the level of detail is much higher for the “walking” part than for the “cargo-binding” part! That is why we are focusing our attention there.

The regulatory machinery governing kinesin activity is critical. Mis-regulation of kinesin motors or mis-localization of cargoes has been implicated in diseases such as Parkinson’s, neurofibromatosis, schizophrenia, and Charcot-Marie-Tooth disease. In addition, drug inhibitors of kinesin motors have been proposed as potential anti-cancer therapeutics. Our work may lead to improvements in the development of drug interventions for diseases implicating kinesins.

In recognition of the role of molecular motor transporters in disease, the 2012 Lasker Prize was awarded to Dr. Jim Spudich, Dr. Ron Vale, and Dr. Michael Sheetz. Read about it here:| Lasker Award

Kinesin-1 tails have multiple binding partners. The binding sites for several tail binding partners, including kinesin-1 heads, microtubules, Fez1, and RanBP2 overlap significantly, but there is no structural homology between any of these proteins. The tail is not simply a non-specifically “sticky” scaffold either. Kinesin auto-inhibition depends on a single tail residue (K922), and two tail residues (N910 and M911) mediate RanBP2 specificity for the Kif5B and 5C isoforms of kinesin-1. How could the tail have overlapping binding sites for multiple, highly distinct partners and yet retain such exquisite specificity? Our lab’s recent data indicates that the kinesin-1 tail is not globular as the field has presumed, but rather is an intrinsically disordered domain (IDD). Our experimental data on the kinesin-1 tail supports predictions by a number of in silico disorder prediction algorithms. For more details and references, read Mark Seeger's paper: | Seeger Proteins

Kinesin-1 coordination with other motors and regulators

Different types of molecular motors cooperate to distribute cargoes throughout cells. Individual cargoes carried by multiple motors move bidirectionally on microtubules, but they move in a single direction for distances of up to several microns (corresponding to ~100 kinesin-1 or dynein steps) before switching abruptly. Curiously, in several systems eliminating either kinesin or dynein does not result in the other motor carrying cargoes to the end of the microtubule; rather, the cargo stops. These results led to the speculation that kinesin-1 and dynein are somehow coordinated.


The question of why kinesin-1 and dynein “need” each other in vivo remains open, and we collaborated with | Vladimir Gelfand's lab &nbspto contribute a clue. Using a targeted protein replacement strategy in Drosophila S2 cells, Shabeen Ally, Adam Larson, and Kari Barlan engineered artificial motor attachments to peroxisomes, replacing kinesin-1 or dynein with an unrelated motor of the same directionality. These unrelated motors rescued bidirectional movement. This work definitively demonstrated that no specific coordinator or regulator is required for bidirectional cargo movement in vivo, just two opposite-polarity motors.


Adam Larson collaborated with | Eric Landahl on a seemingly simple question: for a cargo attached to both fast and slow motors, do fast motors pull slow motors off microtubules, or do slow motors force fast ones to move slow? In other words, can motors become coordinated simply through attachment to the same cargo? He used a classic assay in the motor protein field, the in vitro motility assay. A small fraction of fast motors detached the slower ones from microtubules, resulting in faster movement. The results argue that regulators acting on a small fraction of motors can markedly alter cargo motility: | Larson PCCP


After this work, we still don’t definitively know why kinesin-1 stops when dynein is not present or vice-versa in cells! Give us a call if you know the answer!


Damaged mitochondria are cleared from cells by a process called mitophagy. We collaborated with | Tom Schwarz's lab to examine the role of Miro in mitochondrial clearance. Prior to mitochondrial clearance, PINK1 phosphorylation of Miro results in its ubiquitination by the E3 ligase Parkin and subsequent removal of Miro from the mitochondrial surface. This process releases kinesin-1, causing mitochondria to stop moving prior to clearance. Read about it in | Xinnan Wang 's recent paper: | Wang_2011 . The connection between PINK1, Parkin, Miro, and mitochondrial movement by kinesins is intriguing, because mutations in the PINK1 and Parkin genes cause two hereditary forms of early-onset Parkinson’s disease. Currently, we are working to determine the structural mechanism for Miro-dependent regulation of mitochondrial movement and clearance.

Regulation of the mitotic kinesin Eg5

The natural regulatory mechanisms governing motor protein activity that our lab studies may inform and improve the design of drug interventions targeting motors or motor-driven processes. The best example of this to date is the kinesin family member Eg5. Eg5 is a homotetrameric motor protein that attaches a pair of motor domains to each of two overlapping, antiparallel microtubules of the mitotic spindle and generates an outward-directed force. Two major classes of agents, allosteric and ATP-competitive Eg5 inhibitors, are being developed as potential antimitotic therapies and have already proven to be useful reagents for cell biological studies of mitosis. Allosteric inhibitors bind to the Eg5 head in a structurally conserved surface loop of unknown function called L5. Josh Waitzman and Adam Larson used EPR spectroscopy to determine how L5 affects the conformational changes that enable motility, collaborating with | Roger Cooke (UCSF), | Ed Pate (Washington State University), and | Jared Cochran (Indiana University). We used | The National EPR center at Medical College of Wisconsin for several of these experiments. Read about it here: | Waitzman