Below is a mapping of the 21 constructs. All of the constructs except for 13 (C09ig0033 {<CPG_L6>}(dblterm)) check out. The constructs go from left to right in the below order:

The gel on the left is slightly bent which is why all of the constructs are ~100bp above what they should be. The two missing were 13 and 17. All of the constructs minus 13 and 17 could be seen under the Treefort. A lot couldn't be seen from this picture. There also seemed to be a second faint band for 11 (other than the correct band on this picture) which can be seen from the treefort. The second band is just above the 500 bp ladder band. 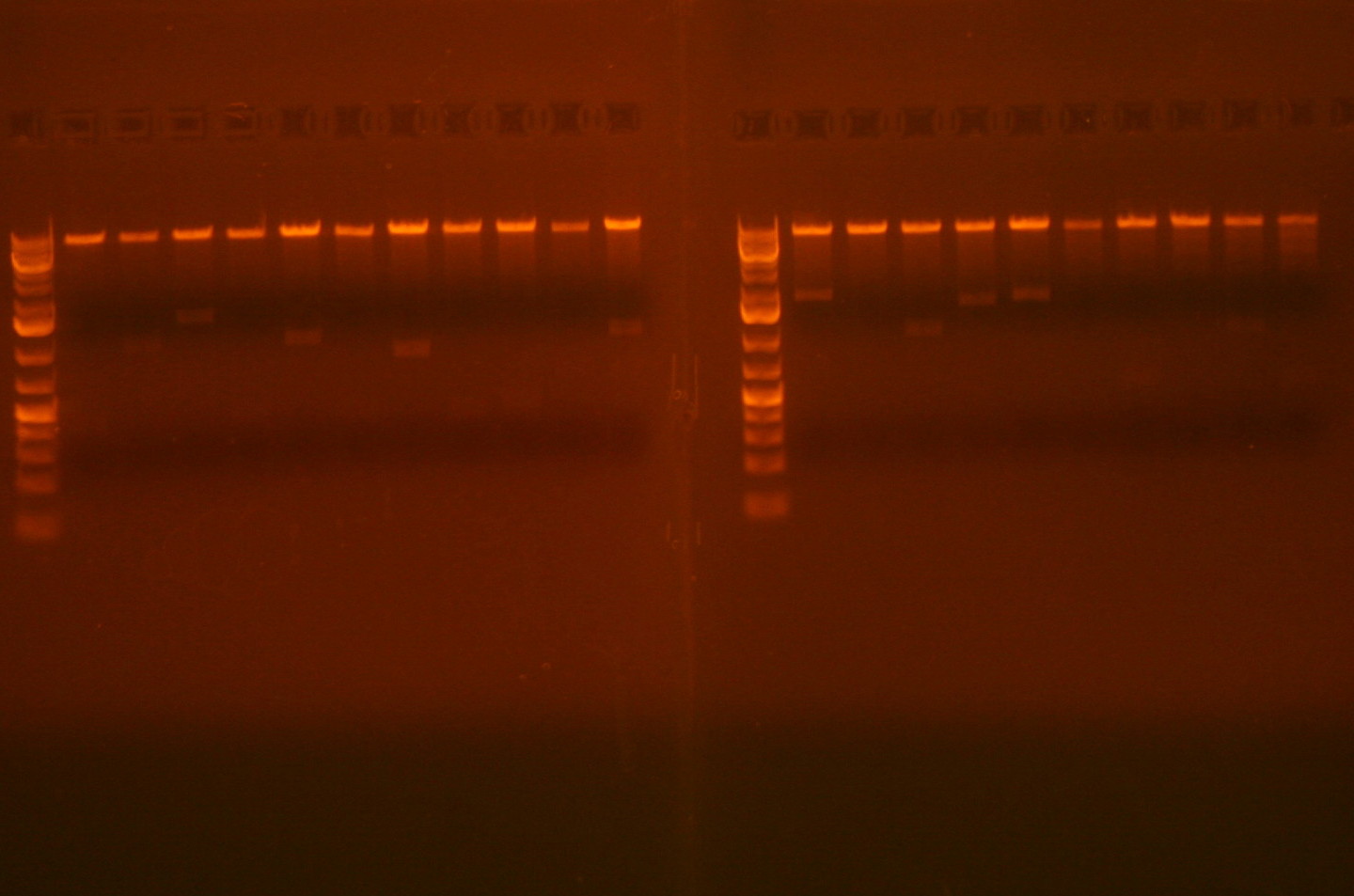 The first 3 lanes are digestons from the first gel that I had some left over. The last 2 lanes are constructs 13 and 17 redone. For 11, I couldn't confirm the second band at 600 this time. It was probably due to contamination from 10 right next to it which is at 600 bp. Under the Treefort, I could see construct 17 very, very faintly. I continued to see nothing for 13. I then proceeded to do a colony PCR for 13 and got nothing. The gel is blank so it isn't interesting. 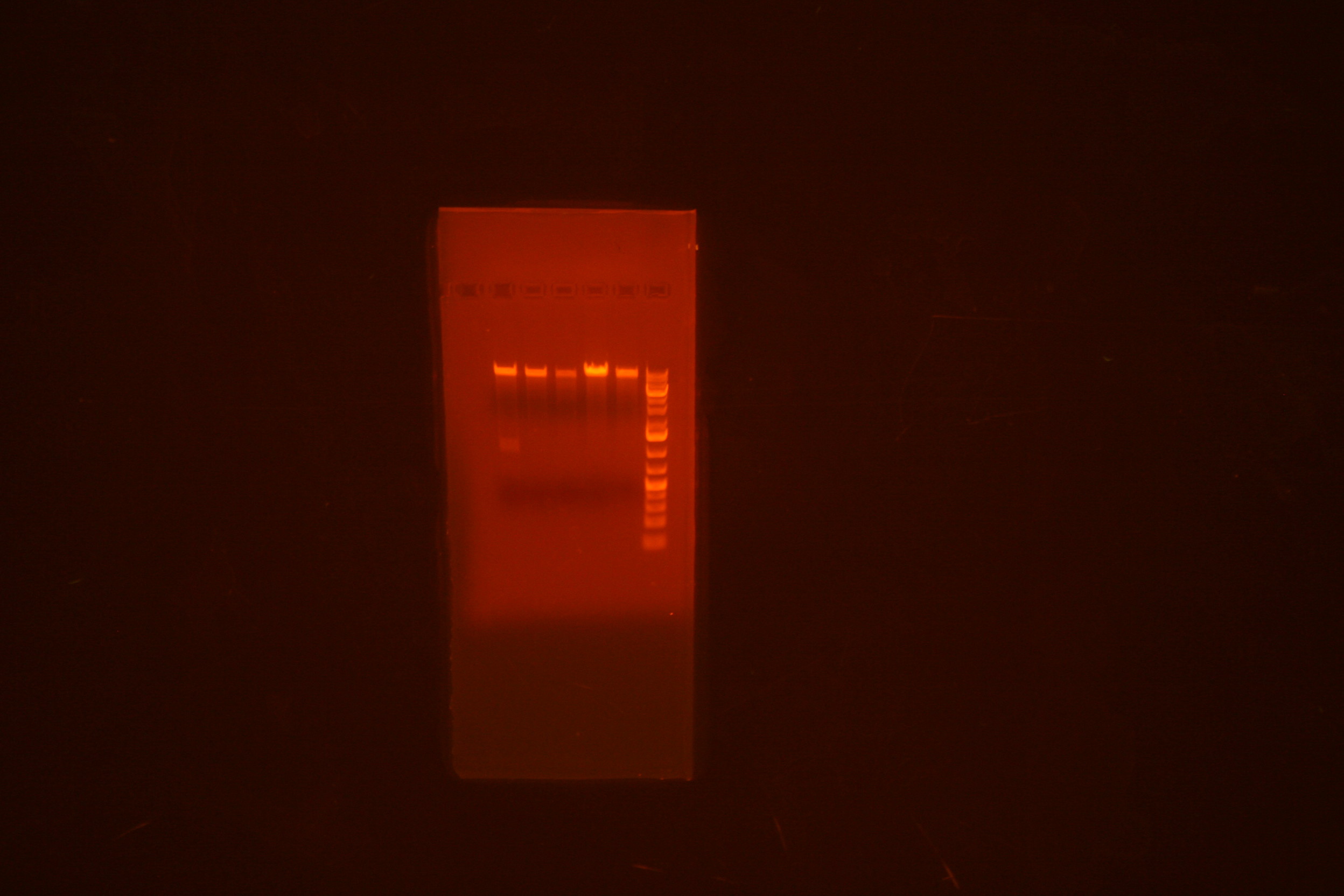 Just to confirm things. I also ran a Eco/XhoI digest on 13 and 17. 13 and 17 are the far right lanes. With 17 being the far right and 13 being second to far right. As you can see, 17 cuts with Eco/XhoI properly, but 13 fails to cut despite how bright the vector band is. 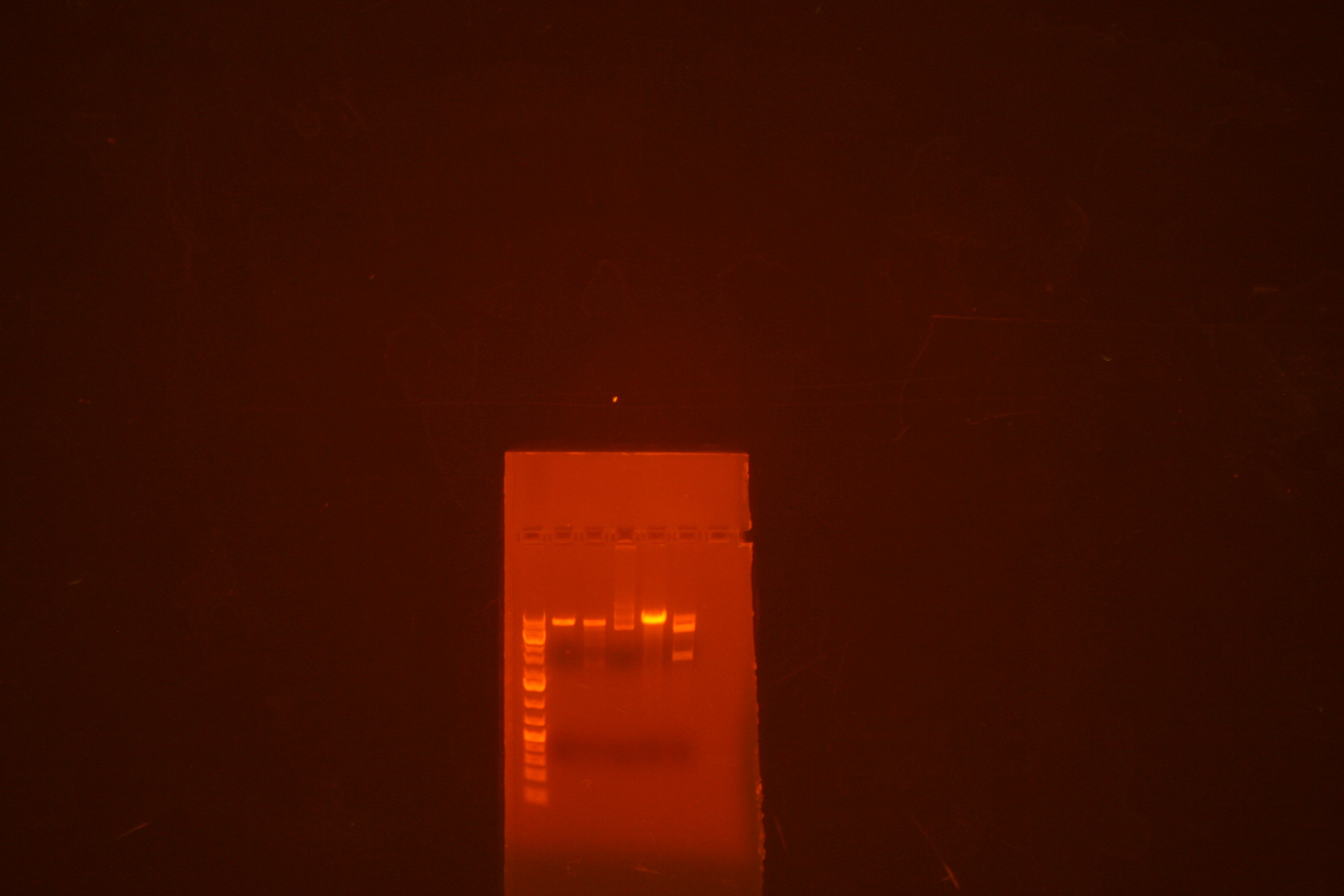