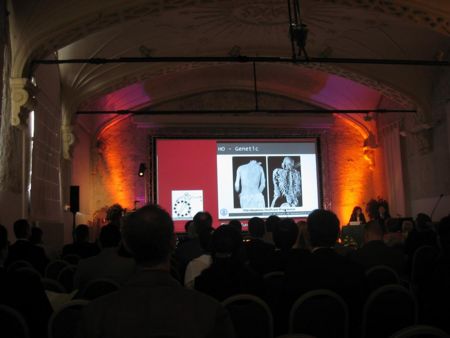 71 papers were presented at the 18th Annual European Association of Plastic Surgeons (EURAPS) Meeting. The following synopsis highlights some of the interesting papers presented during the meeting:

A study from our research group was presented, demonstrating in a population of 88 patients that several histopathological characteristics (incomplete peripheral and deep excision margins, infiltrative border characteristics and thin Grenz zones) were predictive of a poorer keloid prognosis post-excision. The presence of these characteristics, resulted in a higher reported recurrence rate after 1 year of follow-up.

Har-Shai et al. (Haifa, Israel & Dessau, Germany) showed that the use of intralesional cryosurgery of hyperthrophic scars and keloids using a cryoneedle was efficacious in reducing scar volumes with an average of 57.4% volume reduction postoperatively.

The use of sandpaper for manual dermabrasion was also presented by Emsen (Numune, Turkey) as a cheap and easily-available method for improving the appearance of surgical and burn scars. 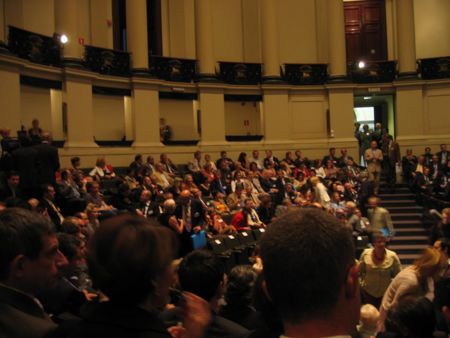 A study on peripheral nerve repair by Vogt et al. (Hannover, Germany) demonstrated that the use of artificial implants consisting of vein grafts incorporated with spider silk was effective in regenerating sciatic nerve defects in rats.

Stillaert et al. (Gent, Belgium) presented their pilot study on the use of hyaluronic acid-based scaffolds as compatible and biodegradable temporary scaffolds for autologous preadipocytes in soft tissue reconstruction.

Another paper presentation by Niddam et al. (Marseille, France) showed that autologous adipose tissue reinjection is a simple, satisfactory method in limb reconstruction for soft tissue defects and limb asymmetry. It was predicted that this method will be widely-used in the future.

A large 7-year study on 1741 patients by De Lorenzi et al. (Milan, Italy) showed that the use of intraoperative radiotherapy directed at the tumour bed allowed the use of implant reconstruction after quadrantectomy due to a diminished risk of capsular contracture using this procedure.

Rigotti et al. presented a paper exploring the use of injections of adipose-derived stem cells in breast reconstruction as a result of radiation side-effects, fat deficiencies and skin scars. This procedure was proposed to be a possible future alternative to the use of distant flaps.

An interesting paper by Fogdestam et al. (Goteborg, Sweden & Oslo, Norway) explored the rare appearance of inframammary subcutaneous strings after breast surgery. It was hypothesized that these structures, which spontaneously resolve over time, was caused by activation of rudimentary milk ridge cells along the “milk line” anatomically-correlating to the phenomena of supernumerary nipples and breasts.

The experience from the world’s first (highly-publicized) human facial allograft on the woman who was disfigured after a dog bite was presented by Lengele et al. (Brussels, Belgium & Amiens, France) on the last day of the conference. The procedure was followed by progressive rehabilitation of sensation, muscular and social function with complete restoration of oral function within 6 months and cortical reintegration of facial function demonstrated by functional MRI.

The paper that was presented by Ulens et al. (Gent, Belgium) showed the use of multi-detector CT for the identification of the superior epigastric artery perforator (SEAP) and the use of the SEAP flap as an available option for the reconstruction of thoracic defects.