20:56, 29 November 2010 (EST)
Good title, same as Brian's, though? In real life, you would have written a paper together, so joint title would be fine. I'm tempted to say you should both have different titles, but if you both are OK with it, that's fine. Otherwise, title, author, contact are good.
Author: Kirstin G.G. Harriger

21:08, 29 November 2010 (EST)
This is a good start. Some suggestions. (1) There is no motivation and no concluding remark. In general there are, but you can bend the rules. I think without one or the other, though, there isn't much context. You could open with a "Poisson statistics govern many important processes, such as background radiation. In this report, we explore the Poisson distribution in this context." and / or end with something like "We found the Poisson distribution modeled our event distribution well, both qualitatively and quantitatively. Future work could explore ___ " (2) The methods are a bit wordy, given that the abstract usually needs to be concise. I'll leave it to you to condense. As an example, you could say, "Event number distribution was analyzed for 8 different time window sizes from 10 ms to 800 ms." Delete sentence "we aimed to show..." (3) A lot of sticklers will insist that "data" is strictly plural and will hammer you for saying "the data was." I don't care anymore, even though my habit is plural. So, up to you what you want to do. As soon as Facebook has a user message that says, "You data was updated," then data will become singular overnight. Just like they changed the world with "Jane Doe has updated their profile." :)

Background radiation events in the lab were counted using a scintillator connected to a photomultiplier tube and a computer. The data was gathered over 9 trials with time periods: 10 ms, 20 ms, 40 ms, 80 ms, 100 ms, 200 ms, 400 ms, 800 ms, and 1 sec. We aimed to show that the number of radiation events detected is well described by a Poisson distribution. To demonstrate this, we performed data analysis using the characteristics of the Poisson distribution. We compared the standard deviation of the data to what the theoretical standard deviation would be if that data was represented by a Poisson distribution. The average percent error between these two standard deviations over all 9 trials was ?. We also predicted the number of background radiation events in the lab during a one second time period with data from the first 8 trials. Data was then gathered for a one second time period in the 9th trial to compare to the average prediction for a one second period from trials 1-8. In the one second time period there were ? radiation events, and the average prediction was ?. We also compared trends in our data as the average rate increased for increasing time periods to the known trends in the Poisson distribution for these conditions and demonstrated the trends in our data graphically.

The Poisson distribution has trends as the average rate of events per time period increases in response to data sets that cover longer time periods.

The Poisson distribution has many applications in physics, especially in modeling radioactive decay processes4. This is because radioactive decay is governed by particle characteristics which can be treated discretely5 and counted, the timing of each of event is independent of the timing of the last, and the events are rare and unlikely to be simultaneous. Additionally, it is not difficult to get a known average of events from one time period to find a theoretical standard deviation and to predict an average number of events for another time period.

We measured the number of background radiation events in a standard physics teaching laboratory at 5000 ft elevation. We used a scintillator attached to a photomultiplier tube (PMT) and wired to a computer to gather the data. When the scintillator absorbs radiation, it fires a beam of ultraviolet light down the tube to the PMT. The PMT then creates a signal voltage that is picked up by a card in the computer. We used the USC 30 software on the computer to set our dwell times and record radiation events. We also used a Spectech Universal Computer Spectrometer power supply to give a bias voltage to the detector. This voltage determines the sensitivity of the detector. SJK 21:30, 29 November 2010 (EST)

21:30, 29 November 2010 (EST)
You can move the sentences prior to this mark to the methods. Starting with the sentence "When the scintillator..." Also, I think you're a little off on the scintillator description. This wikipedia article looks good: http://en.wikipedia.org/wiki/Scintillator 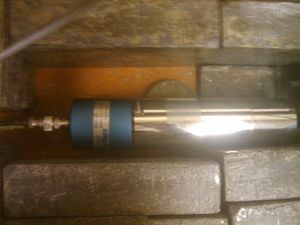 Figure 1-Detector This is the combined Photomultiplier Tube and Scintillator inside 4 short walls of lead bricks. 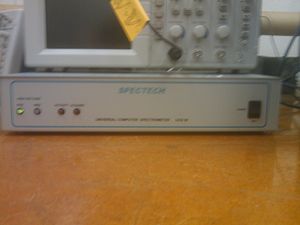 Figure 2-Power Supply This is the power supply used to generate a potential on the scintillator which allowed for it to collect ions generated by the radiation events.

The UCS 30 Software counted each signal voltage picked up by the card in the computer as an event. The data output by this software contained the size of the dwell time, and the number of radiation events that occurred in each instance, or window, of the given dwell time. This data was then saved into data file that was manipulated with MATLAB v. 2009a. If the dwell time was set to 1 microsecond, then the output from the software would contain the number of events detected for each window of 1 microsecond. In this experiment we used the dwell times 10, 20, 40, 80, 100, 200, 400, 800 ms to determine the prediction for one second. We then used a dwell time of 1 second to gather data to compare to the prediction. Each run of the software collected data for 2047 windows for the given dwell time.

Table 1: In the first column the possible number of radiation events per window are listed from lowest to highest for each dwell time. The second column shows how many windows in which a given number of radiation events were detected for that dwell time. For instance if there were 100 windows in which 3 radiation events were detected, 3 would be in the first column and 100 would be in the second column next to it. The third column shows the fractional probability that there will be a given number of events in a window.

I would like to thank the professor for this course, Dr. Steve Koch, the TA, Katie Richardson, Dr. Michael Gold, the original creator of the experiment, and especially my fellow experimenter, Brian P. Josey.

Steve Koch 13:20, 6 December 2010 (EST): Hi Kirstin, apparently I didn't finish going over this! I will! Please see Brian's formal report rough draft, though, for discussion of what you can do further today. Obviously we already talked in person, so I think you're OK on that. More to come.