The current paradigm for controlling insect populations is mainly based on the use of insecticides. However, these are fundamentally an aging technology - it has been over 30 years since a new class was developed that is suitable for public health purposes. Their widespread use has inevitably led to the selection of insecticide resistance that is spreading globally, threatening the long term sustainability for insect control.

We are interested in developing a new paradigm based on the use of insect genetic engineering. Insects genotypes can now be designed precisely in the laboratory using synthetic biology. Taking advantage of these tools we are developing a technology called “genetic drive” that effectively enables the re-engineering not just of the individual in the laboratory but of entire populations. Genetic drive is a naturally occurring phenomenon and happens when a genetic locus manipulates the biology of its host genome so that it can be passed on from one generation to the next at higher frequencies than canonical Mendelian segregation would allow. As a result, genes can become “invasive”, increasing in frequency in the population even if they impose fitness costs on the population or individuals harboring them. We engineer driving transgenes to suppress populations by manipulating the reproductive sex ratio. Since the overall fertility of the population is almost always determined by the fertility of its females we design our system to bias the sex ratio towards males. This concept is particularly relevant for vectors of disease like mosquitoes, because in most cases it is only the females of a species that feed on blood. To combine sex ratio distortion with genetic drive we are developing selfish Y chromosomes. These Y chromosomes are designed to include transgenes that cut the X chromosome during sperm formation which distorts sex chromosome segregation in males.

The power and usefulness of a driving Y chromosome for suppressing mosquito populations was first described in a seminal paper of W. D Hamilton in 1967. We have been working on realizing his thought experiment since 2006, in collaboration with the groups of Andrea Crisanti and Nikolai Windbichler as part of the Target Malaria consortium and funded by the Bill and Melinda Gates Foundation. We are developing transgenes expressing a re-engineered endonuclease I-PpoI or CRISPR variants thereof to cuts specifically the X chromosome during spermatogenesis. We have shown that this can lead to a strong male-bias in progeny of transgenic males harboring the transgene in autosomes (Galizi et al 2014). We are now working to get the system working on the Y chromosome. To do this we are combining our engineering pipelines with bioinformatic approaches that uncover the mysteries behind the mosquito Y chromosome. 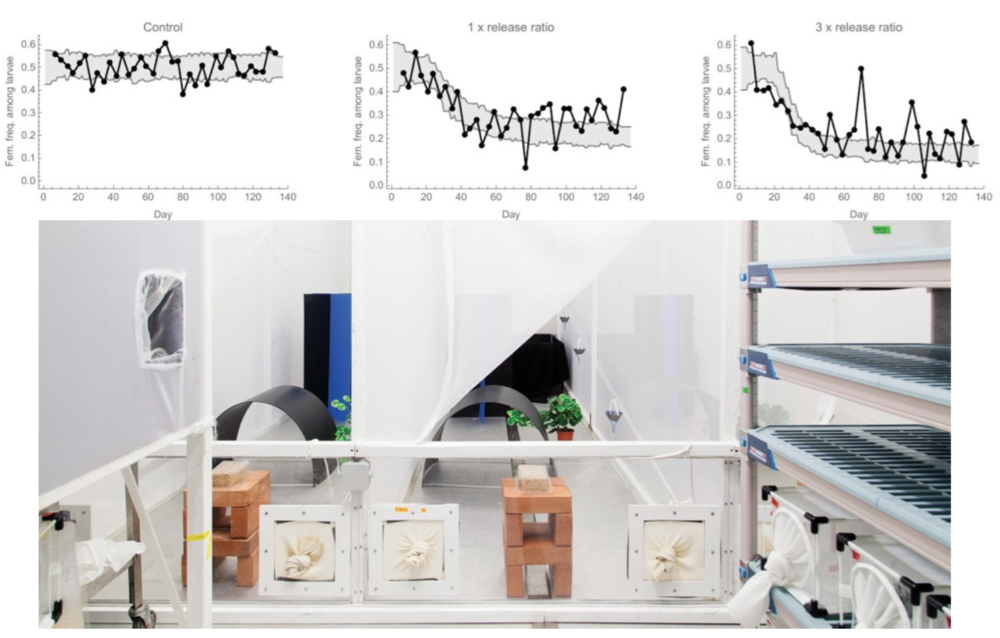 Together with Nikolai Windbichler’s group we are assessing whether “X shredders” can be built in additional insect species. Targeting the X chromosome for shredding during spermatogenesis requires knowledge of sites that are present on the X specifically and abundantly. We have built a bioinformatic approach called Red-Kmer that can identify these sequences from raw WGS data. Using this approach we will test whether X shredders can be built in other insect species using CRISPR/Cas9 platform, with a special focus on agricultural pests such as the mediterranean fruitfly, Ceratitis capitata, the olive fly, Bactrocera oleae, the cherry fly Drosophila suzukii amongst others. 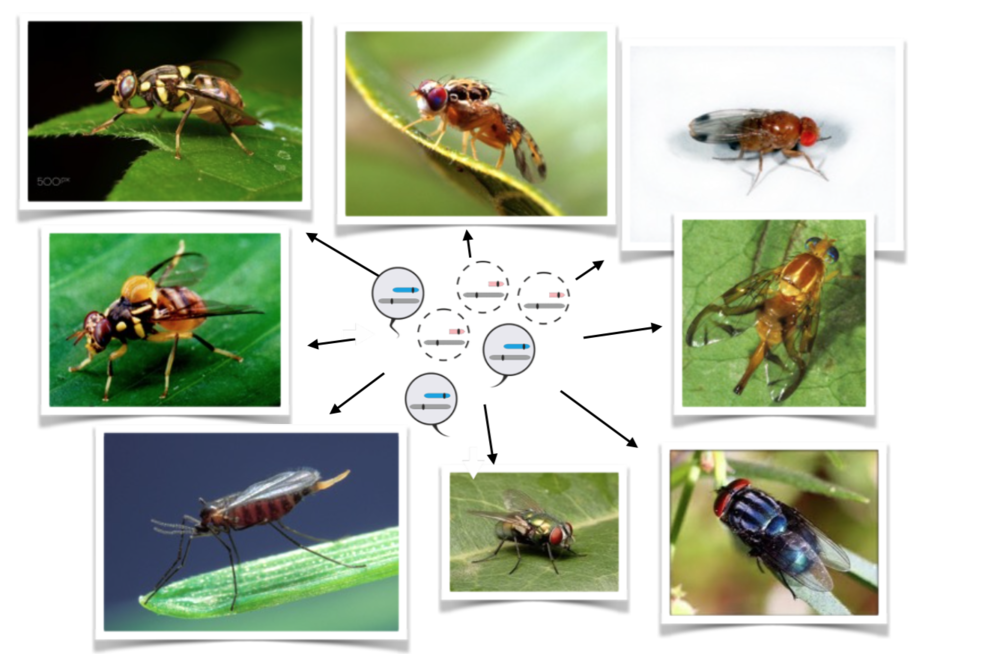