Methionine aminopeptidase (MAP) is a ubiquitous, essential enzyme involved in protein N-terminal methionine excision. According to the generally accepted cleavage rules for MAP, this enzyme cleaves all proteins with small side chains on the residue in the second position (P1'), but many exceptions are known. The substrate specificity of Escherichia coli MAP1 was studied in vitro with a large (>120) coherent array of peptides mimicking the natural substrates and kinetically analyzed in detail. Peptides with Val or Thr at P1' were much less efficiently cleaved than those with Ala, Cys, Gly, Pro, or Ser in this position. Certain residues at P2', P3', and P4' strongly slowed the reaction, and some proteins with Val and Thr at P1' could not undergo Met cleavage. These in vitro data were fully consistent with data for 862 E. coli proteins with known N-terminal sequences in vivo. The specificity sites were found to be identical to those for the other type of MAPs, MAP2s, and a dedicated prediction tool for Met cleavage is now available. Taking into account the rules of MAP cleavage and leader peptide removal, the N termini of all proteins were predicted from the annotated genome and compared with data obtained in vivo. This analysis showed that proteins displaying N-Met cleavage are overrepresented in vivo. We conclude that protein secretion involving leader peptide cleavage is more frequent than generally thought. 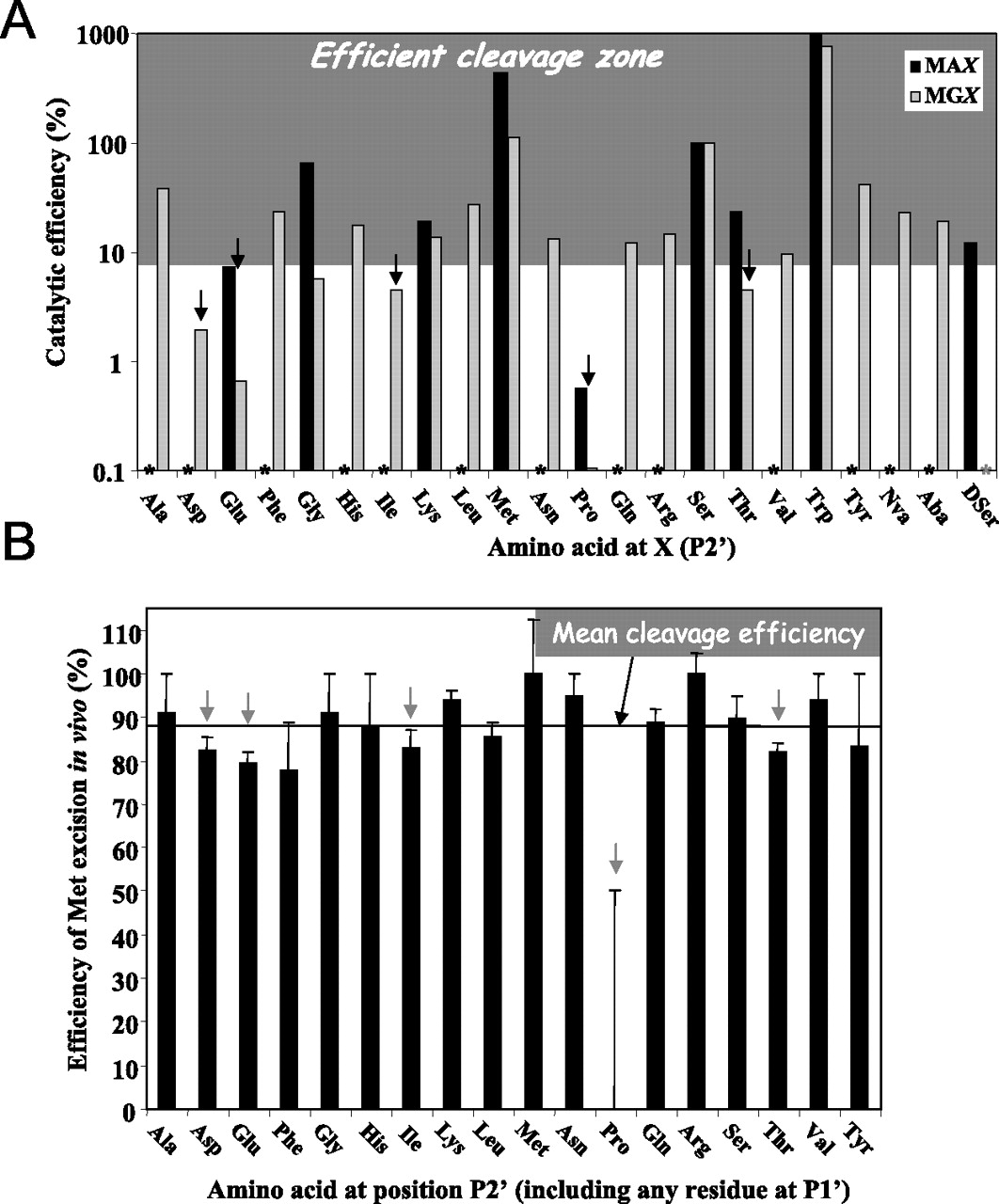