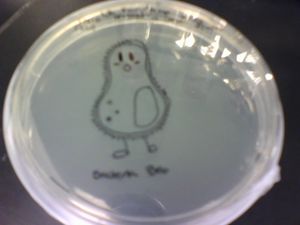 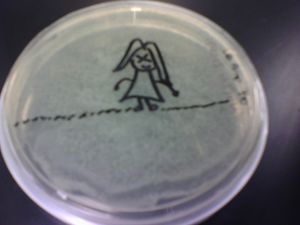 --Prepared competent cells of DB3.1 and DH5a
--When centrifuging, centrifuge used only held max 50ml, so spun down the 250ml culture in two separate centrifuge tubes with 40ml culture (don't fill all the way to the top to prevent spilling) for ~5minutes each time.

--PCR testing out Taq and Pfu DNA polymerase (during this experiment, thought Pfx was being used instead of Pfu) on the following primers (12 samples total))

--Tested out SYBRGreen to PCR run 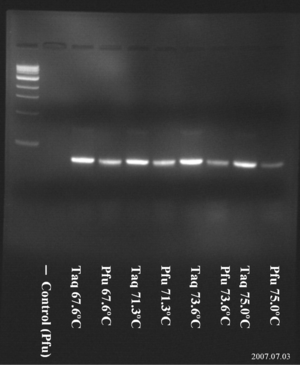 Read: I don't really remember what we did this day and/or everything we did this day failed anyway so as to be of little consequence. Most likely a combination of the two.

Ligation and Transformation of I741015 into pSB1A2

--Did PCR for all the promoters, xylR (total), xylR ORF

Gel run of promoters and xylR

--Did another PCR with just xylR total, xylR ORF, and xyl promoter

--Restricted for 1 hour at 37°C with EcoRI and SpeI --Run all restrictions (including the 20hr one from yesterday) on 1.5% gel

--No cells from transformation. Maybe problem with ligation?

--Try to digest again from gel for 3 hours, clean with kit (same as Experiment 2 method)

--Plated and grew overnight at 37°C

--Contamination. Growth on all of the plates, including negative 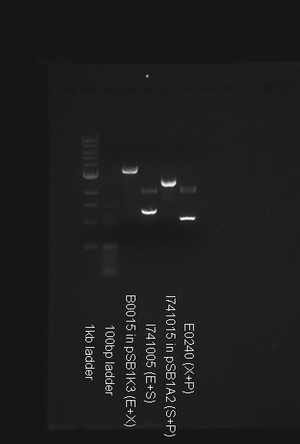 --Ran on gel, extracted, and ran ligation for 1 hour at room temperature
--Tranform and plate

--4-8 colonies on all plates; even on negatives :( --Retry ligating

--Retried ligations are not good. Too much contamination on ALL plates (really small yellow colonies everywhere)
--Tried to get all colonies that appeared to be good on the ligations from July 14. Grow O/N. Tomorrow will restrict and run on gel to see what DNA is present

--Searched on internet for possible causes of failed ligation
--Made new SOB (SOB from the 12th got contaminated, which resulted in lots of of unexpected cell growth on previous plates)
--pUC19 is transforming, so competent cells are still okay
--Appears that DNA (i.e. I741015+E0240) is present according to gels. I741011 looks higher than normal, though, after restriction. Should be around 1475 base pairs, but appears above 1.5kb on gel.